I recently put together a little mix of songs I love for a podcast by my homeboy Isaiah Toothtaker. It’s been upped and I figured some of you might be into that (even though , if you read this blog, you’re probably up on a lot of these songs already). It’s a continuous mix of all sorts of shit. You can download (or just listen to it) here on ITUNES:
http://itunes.apple.com/us/podcast/werdemup/id323388861?ign-mpt=uo%3D4

While you’re there you should subscribe to the podcast. It’s pretty great.

In continuing with the trend set here
Here is yet another asian gangster rapper who seriously isn’t getting the “usage of the word ‘nigga’ memo”.

I’m willing to bet this guy has pleasured himself to more than one DMX video and he owns a satchel full of Drag-on’s nutsac hair. 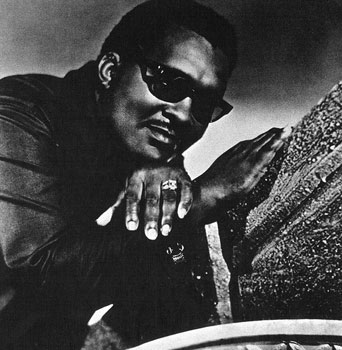 Everybody knows (The river song) By O.V. Wright
http://usershare.net/2szwolmhysib
O.V. Wright is a pretty under rated guy when it comes to classic soul music from the 60’s. While ,he’ll never get the props that people like Sam Cooke or Otis Redding , he’s still a pretty great artist with tons of fantastic songs. Here’s one of my favorites. It actually sounds like a song that Sam Cooke could have made.

718 Kit By The Jungle Brothers
http://usershare.net/fv8jk021dcei

The Jungle Brothers album “Done by the forces of nature” is probably one of my all time favorites. When it came out , I pretty much listened to it all the time for a year. They followed up with an album called “J.Beez with the remedy” which was a pretty terrible album. Sure, some people will try and tell you it was some next level shit but the reality is it was a complete mess with MAYBE 2 decent songs on it. Don’t believe the hype! anyway, This particular song came out between those two albums and was pretty much the last Jungle Brothers song I liked (they’ve had a few decent songs since then but nothing remotely close to anything on DBTFON). It’s off the “livin’ Large” soundtrack and Jungle Brother mc Afrika actually had a supporting role. That in itself is pretty amazing.

We’ve all read that “things white people like” book and/or website. The dude is pretty on point. I can’t front. I was out of town this weekend and the majority of the people I was with were girls (Hi girls!). It got me thinking about those certain things that girls just fucking love. Now, I’m not saying these things are exclusive to a woman’s interests or even bad things, but for whatever reason, they love these things. Let’s see if i can prattle off a few…

I dunno if I’ve mentioned this on here before but I’m not a beach man. I think both sand and unfiltered sun are highly over rated. Not to mention, outside of some bays and tropical locations, ocean water is fucking freezing. But , man, you throw the thought of getting on a beach somewhere to a girl and it’s a wrap. It’s like a vacation wrapped it in sunbathing , smothered in a relaxing book reading with a glaze of nature that no female can resist. The ironic thing about this is that, for the most part, outside of laying in the shallow water like manatee’s , they tend to pretty much just sit or lay on their towels. That’s it. Obviously, this is relaxing and there’s nothing wrong with it but…who gives a shit? Go lay on your roof. Or on your couch in an air conditioned room. Shit, take a nice nap. it’s most likely not a hour and a half drive from your place (i’m speaking as a new yorker here) and ,when you’re done, you don’t have a half pound of sand pouring out of your vagina when you stand up. i’m just saying….

Girls LOVE sweets. Nothing wrong with that. Cakes and cookies are great. But the fascination with cupcakes, in particular kinda baffles me. Not brownies. Not cookies. Not a nice slice of pie. Cupcakes. I like cupcakes. They taste great. But never before has the “cuteness” of a food really held so much weight. The amount of cupcake specialty stores that have popped up over the years is staggering. ALL THEY SELL IS FUCKING CUPCAKES. And they’re wildly successful. Why, you may ask? Cause women form lines out those places on a daily basis. I mean, i’ll devour a cupcake like WOAH but I also am not really trying to eat more than one every few months. Cupcakes , like most desserts, are a once in while kinda treat. The fact that they’re big business now speaks in volumes. It’s not fat and lonely male masturbators lining up for those things, It’s skinny broads in expensive shoes. Someone needs to just get it over with a create an oyster cupcake and corner the market on all this shit.

Emotional, yet not sad weeping

It’s no secret that girls are far more emotional than men. Partially cause it’s socially unacceptable for a man to act like that but also cause women have these things called “feelings”. These “feelings” ,as they call them, cause all sorts of thoughts to whip around the skulls of ladies all day. Occasionally, they will gather in pairs, or even bunches and release the emotional flood gates. AND THEY WILL LOVE IT. While guys are busy calling each other “fag” and watching porn, girls are huddled in one another’s arms openly weeping about the kind of shit that wouldn’t even cross the average guys mind on his most depressed day. It’s not some “My close friend died!” kinda crying. No, if just a cathartic weep-off where they get it out of their system. At least that’s how i see it. I could be totally off cause, alas, I don’t know what these bitches are talking about. ZING!

Facials
Girls love nothing more than a fat load of sperms sprayed all over their faces. ESPECIALLY in their eyes and hair.
Just kidding. That’d be funny though.

Accessories
The beauty of women’s love of things like earrings and hand bags is that it is truly for them. No man on the face of the earth has ever REALLY given a shit about either of those things. They may appreciate them on some level but unless she’s rocking a swastika nose ring , it’s not gonna be a deal breaker. So, this must mean they pine over these things for two reasons
1)They love how the look.
2)To garner envy from other girls
That’s it. No more, no less. It certainly has nothing to do with practicality , cause some of the hand bags I see girls lugging around are simple gigantic wallets you can sling over your shoulder. I suppose men have similar things. Like our hats or sneakers. The difference is, while these things are often for us, they are also often deal breakers to the girls who see them. If you don’t believe me (which i know you do), I defy you to find a dude in Sketchers you would bone. IMPOSSIBLE.

Fuck all these long ass songs. Sometimes, all you need is a minute or two to get your point across.
Back in the day I used to make cassette pause tapes and there would always been a little room at the end of each side. I always had a bank of short songs I could fit in to prolong the mix. Nowadays, a mix cassette is obviously not happening so here’s a mix of short rap joints that I love. Nothing longer than 2 minutes and some change. Hooray for short attention spans!
http://www.mediafire.com/?tctzuj5mjkx
1)Creative Control: O.C
2) Say hello to goodbye: Intuition
3)Rhymes is hypnotic: Rakim
4)A taste of chocolate: Big Daddy Kane
5)Extasy: P.A.
6)Lingering: Jak Progresso
7)Let off a couple: The Beatnuts
8)Why the hittin foe: Ice Cube
9)Akbar’s Joint: Jamalski (but really it’s Ackbar)
10)Friend Of Foe: Jay-Z
11)Balloon Knots: Cage
12)The March: Aceyalone
13)Nigga Shit: Big Pun
14)Lil’ Crumbsnatchers: Del The Funkee Homosapien
15)Sandwiches: The beatnuts
16)That Bullshit: Casual (but really Saafir)
17)U still smokin that shit?: Stetsasonic
18)Departure: Jay Electronica
19)The Promo: Camp Lo

Party Down By Little Beaver
http://usershare.net/hiafhrtqcfr2
I’d put money on this song being the most mellow song ever titled “Party Down”. Not that it’s a slow and depressing song but I feel like Little Beaver might have been partying with heroin.
Whatever the case, enjoy your weekend and do some version of partying down (preferably without the heroin).

IT NEVER ENDS.
Here’s volume 11 of my “throwaway files” series. If you do the math, counting this installment, you now have 165 beats of mine that were never used. Jesus…That’s a whole Tupac back catalogue right there.
Enjoy.
http://www.mediafire.com/?kjvyenrqdrt

John Forte always had a lot of potential. He killed it on the Fugees album “The score” then followed that up with an extremely lackluster solo album that came and went. This song was one that never made the album but was released on vinyl. It’s just him ripping a verse over a dope mid 90’s type beat.
I dunno whatever happened to him but…oh wait…he got sent to jail for drug trafficking and then was later on pardoned by G.W. Bush by way of Carly Simon. That happened as well. Whatever. I like this song. He’s obviously a much better mc than he is a drug mule.