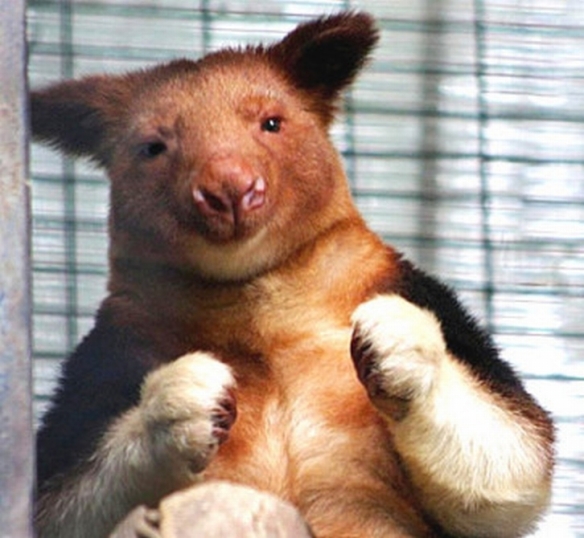 Well, I’m all memorial day-ed out. What better way to be then to answer questions asked by you. As always, send new questions to: phatfriendblog@gmail.com or leave them below in the comments. I’m also taking “Advice” questions. Basically, send whatever you got.

How financially bound are you to making new music?

Well, it’s my job. It’s all I do. So, I’m pretty bound to it. If I were to stop making music, I’d imagine I’d have to take my one year of college education and find some sort of horrible job that would no doubt take a dump in my soul. So, yeah, fingers crossed that that doesn’t happen anytime soon.

What inspired you to start a blog?

I’ve always liked writing, so I guess that’s where it really started. Creative writing was really the only thing I excelled in when I was in high school. Spelling and grammar, not so much.
But all this blog bullshit started back on MySpace. I had a personal page (separate from my music page) where I would write rants about whatever I was feeling that day. People started following it and enjoying it so that kinda fueled me to keep going. Eventually, I had like 3 years worth of written things. Some of them genuinely funny and some of them totally worthless. Around that time, Definitivejux.net was starting to put of lots of original material on their web page. They asked me to write a weekly blog for them and I agreed. I pretty much just recycled my Myspace blogs for a while until I ran out and started writing new stuff. Once Myspace died, I focused strictly on the Def Jux blog. After enough people told me I should make my own blog, I did. And that’s what Phat friend in. I pretty much reposted all the blogs I’ve written for Jux and added on ever since.

What’s more important to you when listening to a hip hop track, beat quality or lyrical skills? (shitty rapper over great beats or dope rapper over not so great beats)

Does shit like this really go down in NYC and do people actually just go about their business and ignore it?

I’m afraid so. It’s pretty rare though. I’d say creeps jerking off on trains is way more common. Back in the day, the F train going into queens was notorious for public masturbator. I knew like 4 different girls who would be coming home from school and look up to see some low life jerking his shit off while staring at them. Honestly, shoe licking is way more harmless than that.

If you had the chance to be born anywhere else in the world and experience growing up in a completely different culture where would it be?

Probably some other major city in Europe. Paris or Barcelona. Somewhere where the food is great (that’s really my main concern). But those two places also seem to be chock full of beautiful women, open minds and that certain kind of euro freedom that might lead to lots of random sex in a wine vineyard .

Since you will most likely use this after May 21st, what is something you’d like to say to all the people who truly believe the world is gonna end?
Oh man….Soooooo satisfying. Anytime some religious bullshit promise backfires (which is often) I get a pep in my step. Honestly, anyone who sold off their belongings or actively made plans around the rapture deserves what they got. In a way, their stupidity was it’s very own mini-rapture on their worthless lives. God is good!

Who is one dead historical figure you’d like to shoot the shit with?

Do you live with regret?
Oh fuck yes. I can honestly say all my regrets stem back to pussy i should have gotten from the age of 15-22. I was a clueless kid back then and when I think of missed opportunities, it makes me wanna slam my face into a wall. Seriously. That shit NEVER goes away. I can pretty much guarantee I will be on my death-bed kicking myself about how I should have tried to make out with Erika Haliwell in 10th grade. She totally wanted it and I pussed out. Her ass was epic. Even typing that shit makes me mad. And there are like 100 other instances like that I could pull out at any time. Ughh…goddamnit…

Where is one place other than your apartment, where you feel at home?

My mom’s place. Where I grew up. She’s done a lot of remodeling work to that apartment since I left (15 years ago) but I’ll always feel perfectly settled there.

Goblin: Wack, or wack as fuck?
A bit presumptuous aren’t we? The publics desire to determine everything as either great or terrible really annoys me. The truth of the matter is that most things are simply mediocre. Being truly great or terrible isn’t easy. That said, “Goblin” is…OK. It’s got some good songs on there, it’s got some crap. It’s certainly not an album that shows much growth from Tyler but he still manages to be interesting at times. My two biggest gripes are that he needs to get off that self referential tip. The less his music sounds like his twitter feed, the better. My other gripe is that he needs to work on his beats. I think he’s got really interesting ideas but he needs some new sounds. Both instrument and drum.
The way I see it, he’s a talented dude and has tons of room to grow. He’ll eventually get over all this dumb shit he’s into now and make some really fantastic music. I say this cause I know he’s not dumb. He’s just immature on many levels right now. It’ll also be nice to see how he responds once the hipster heat wears off a little and he can just do what he feels, instead of thinking about a crowd full of new jack fans yelling “swag” at him like puppets.

I had this pointless argument the other day with my dad and we had different opinions, but I figured you might have some input. If you put a silverback gorilla and a grizzly bear in a cage who would win?

Shit…That’s a tough call. Thanks to the help of google, I’ve learned that Grizzly bears are much bigger but I feel like the gorillas might be stronger. You know what? I’m probably wrong but I’m rooting for the gorilla. They’re smarter so perhaps he’d outwit the dumb ass bear.

what podcasts do you listen to? i started with bill simmons a long time ago, but he’s hit or miss these days. feel the same about corrolla. you?

I’ve been heavy into podcasts lately. I fuck with Bill Simmons a little bit. Mostly, I listen to comedy ones though…
Wft with Marc Maron is awesome if you like to hear comedians explain why they’re crazy. I love that shit and I’m always curious about what goes through the mind of stand ups. It’s fascinating.

I peep Joe Rogan’s popcast sometimes if the guests interest me. I don’t dislike Rogan but I don’t think I could listen to a whole show of just him talking.

My faaaavorite of all though is Comedy death ray/Comedy bang bang. The host, Scott aukerman is kind of a dork but the guests are amazing. They do lots of improv with hilarious characters. That’s my shit right there.

I used to listen to tons of Lovelines so , I’m pretty burnt out on Adam Corrola. He’s great a ranting but he’s also super annoying and has shitty opinions.

As for TV shows, I watch a lot. I’m a bit of TV watcher. I watch shit like the Killing and Treme all the way down to the real world. I honestly couldn’t begin to list it all out.

If technology suddenly disappeared one day, how would you fill your time?

I would roam the land searching for things to jerk off too.

3 thoughts on “Answers for questions vol. 37”