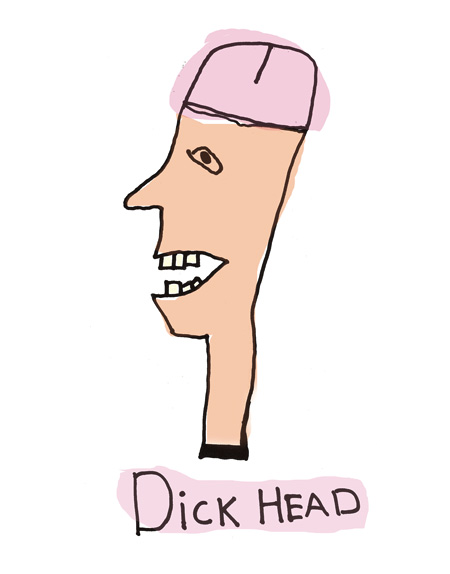 You know those little phrases that have somehow seeped into everyday speech? These are statements made simply to be made , that have no more value to them than making a fart noise with your mouth.
A few years ago, it was the horrible “Party like a rockstar” that was flying out the mouth of every drunk girl with an expensive handbag. While that saying has waned in popularity, there’s no shortage of other shitty dickheaded sayings that people can’t stop uttering. Let’s look a little deeper…

This one gives me arctic douche chills every time I hear it. It’s a funny one cause , most of the time, the person saying it is really just crying for help. It’s usually some person , drunk at a club where they just spent $500 on a bottle. A bottle, I might add, that’s worth about 30 bucks. They’re acting as if they’re standing on a yacht surrounded by lingerie models with blow job addictions when in reality, they’re very likely hanging with a group of persian kids in terrible T-shirts pretending to have fun and acting as vagina repellant.
“I love my life” is something no one who actually loves there life would ever say. It’s something an unsure, insecure dickhead says. Like a daily affirmation for men who wear too much cologne and the women who date them.
I’d imagine, if studies were done, there’d be a direct correlation between people who say this phrase and people who weep in the shower.

This one doesn’t really happen in real life. This is special cause it’s strictly said on Reality tv shows involving a prize. Often, it will be the one flagrant asshole of the cast who says it, shortly after doing something completely despicable. This person obviously has a hard time discerning “Not making friends” with “being a the worst human being on the planet”. At no point should a person that says some shit like this not be getting punched in the mouth. His/her life should be a constant line up of people knocking them the fuck out…24 hours a day., 7 days a week. Kinda like this but with closed fists:

Here’s the thing , it is true. People who go on reality Tv shows are certainly not there to make friends. They are there to either win money, get some fleeting notoriety or a mixture of both. Even a reality show based on making friends would not involve people being there to make friends. However, to think you can just go through life (errr…fake life) just being a total cock sucker to everyone cause you’re soooooo focused on winning, is some bullshit. yes, I realize you’re on TV and this isn’t real but I gotta think anyone who does say or do this is a dickhead in real life. It’s like when an actor plays a character really well. You know, deep down, there is a part of that character within the actors actual personality. And reality show douche bags are no Daniel day lewis. They’re not even Anthony Michael Hall.

“I’m just a person who speaks their mind!”

This is what a person says when they are a loud mouth asshole and no one ever checks them on it. This too is used more often than not on reality TV shows by loud people who don’t listen. The same people who go the “Volume over reason” route when in an altercation. In other words, people who suck to be around.
Being honest and actually speaking your mind if one thing. But doing so without a filter is what is called “being an asshole”. If everyone did this all the time, no one would have any friends and we’d be constantly fighting each other. Say what you will about talking shit behind people’s back but some things people say about you, simply do not need to be said to your face. It sounds weird but there is a certain level of common decency to talking behind peoples backs…as long as that shit never gets to them.

This one is specific to girls. I feel like guys don’t say this shit too much…cause we’re not so much “Sexual” as we are horny. If a guy does say it, I’d guess he’s the type who likes to spread his legs extra wide while getting head , covered in scented oil and listening to Seal records.
Girls, though, LOVE this phrase. It’s really a thinly veiled way of saying “Hey, I like to fuck but I’m not a slut about it, right?”. That’s fine and all but here’s my issue. Who the fuck isn’t “a sexual person”? A virgin? Sure, I know there are people who are uncomfortable with all things sexual but the majority of people are “sexual” in that they like sex. That’s like a fat fuck declaring “I’m very appetite prone” instead of saying “I like eating food”. It’s some bullshit.
It’s also the kind of thing some old hippy woman will say when trying to maintain her sexuality way past it’s prime. I don’t doubt that she indeed likes sex but there are few things less sexually attractive than an old woman trying to be slutty.
I liken this phrase to girls who claim they give “The best blow jobs”. 10 out of 10 times that girl gives horrible head. Sometimes cause she doesn’t know what she’s doing but usually cause some boyfriend of hers happened to like getting his nut sack chewed on and she took his word as gospel. The numbers don’t lie, brah.

Many variations of “Why you gotta be a hater?”

There was a time when being a hater meant something. As a person who’s been called this more times than I can remember, allow me to clarify something.
At one point, “Hating” on something was not a totally negative concept. Sure, it was negative in the fact that you were bashing something but the purpose wasn’t to blindly shit on that thing. It was to point out fault in something that you genuinely see as a problem. Most likely, in something that other people seem to love. It was the Yin to Love’s Yang. It was simply having a critical eye. Sure, there’s a level of pessimism that goes with that line of thinking, but there’s also a healthy dose of reality that evens it out. We’re not supposed to blindly love everything. We’re supposed to question things. Play devil’s advocate a little. Otherwise, what’s the point of even having an opinion?

There are examples of people actually wrongly hating. Anyone in the music or movie business will tell you it’s common. People will shoot something down simply to make themselves feel better. Shit, even on a basic level…Ever hear a girl judge a prettier girls outfit? It’s insane. Real bad hating is when people are just grasping at straws with hopes of cutting someone else down to their level. So, to be clear, some hating is definitely petty.

The problem with today’s version of being a “hater” is that people use it as a scapegoat. Like talking badly about anything can simply be brushed off as hating, as opposed to actual criticism. It’s as if you can’t simply dislike something anymore. What the fuck is that about? As far as I’m concerned, everything is wack till proven otherwise , cause the world is surely full of more crap than gold. It’s not even close.
So, keep that hater shit to yourself…By calling someone a hater, you’re basically just hating on them having thoughts. Go fuck yourself. 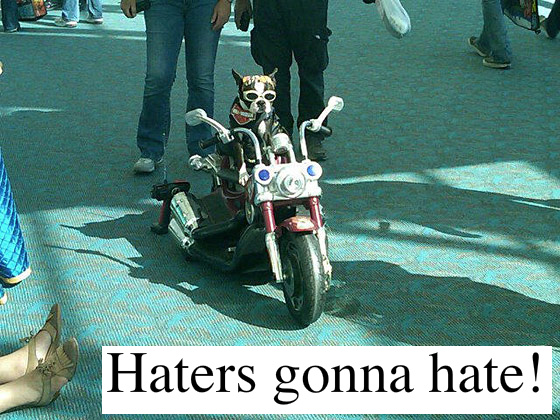 This phrase is only okay when a person is either striving for their goals or removing themselves from a shitty situation. If you’re dating some terrible asshole and you get out of that relationship cause you wanna “do you”, more power to you. But most of the time this phrase is said, it’s easily just translated to “I’m a selfish prick”. No more, no less. Much like the hater phrase, it’s a scapegoat. It’s people shirking any responsibility they have toward their fellow man. I will admit though , it does roll of the tongue nicely. So, you know, do you.

44 thoughts on “Dickhead things to say”