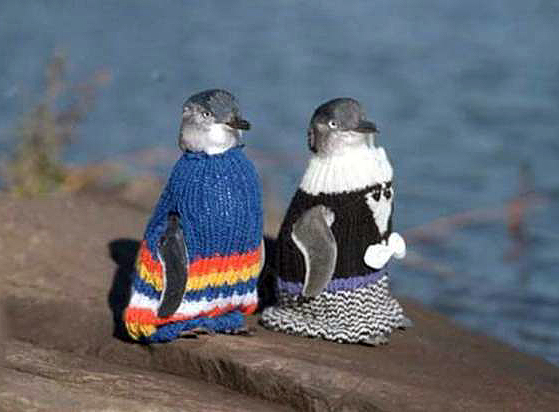 Hello everyone. This week I’m pretty heavy on the videos. Why not? For some reason , many of this weeks questions were in reference to other peoples music so I figured I might as well share, while I care, cause sharing is caring.
Anyway, as always, send more questions to Phatfriendblog@gmail.com or leave them in the comments below.
Let’s goooooooo!

Hey Blockhead, I’m making a mix CD for a CD exchange on this forum I post on. It’s a fun way to get exposed to new music. Anyway, I usually throw a Blockhead track or two on my mixes, since I’m a fan and I like to share the love. Figured I’d ask you: what track do you think is a good intro to what you’re all about? Or to put it more straightforward: what track would you like me to put on a mix CD? Keep in mind, a total stranger will be hearing the mix, and there’s a chance they might not even like instrumental hip hop/trip hop/whatever genre you’re being shoehorned into nowadays.

That’s a tough call cause what I think is great doesn’t always translate to what someone who’s never heard my shit before. If I were to go off of what fans like the most, it would easily be “Sunday Seance” or “Insomniac Olympics”. But, personally, I’m so sick of those songs I can’t even judge them clearly at this point. If it were on me, I’d say “Expiration date”, “The Strain” , and “Farewell spaceman” are the ones I think give a good insight to the kinda shit I make.

I rarely watch any of those judge shows unless I’m stuck in a hotel with shitty cable. It’s not that I don’t like them but they’re just all the same. I actually wrote a whole piece on it a while back:Here.
That should pretty much cover it.

I really hope so. I hadn’t heard of him till a few weeks ago and it definitely wasn’t my thing. What’s up with this new genre of white rappers who do that “breathless” style? It sounds like they’re rapping after running a marathon. Jay-Z was doing it recently too and it sucked for him as well. You want the real breathless style? Take it back to the originator!

Which rapper from your past are you most surprised by their mainstream america success? And which do you think has been the most successful. Seems like a lot of rap cats (Dre, Andre 300, Common, Ice-T, Ice Cube, Snoop, etc, etc) have been randomly popping up on TV, Movies, Commercials, etc.. not that this is a new fad, just curious.


I’m legitimately shocked that Fat Joe got as popular as he did. Not only that but that he stuck around. So many great rappers have come and gone over the last 15-20 years but somehow, he’s managed to not only still put out music that people buy, but make more hits now than when he was younger. He may not be the most successful but he overshot his potential by fucking lightyears.
When I think about the first time I heard him , I was in high school. I thought he had dope beats but was a terrible rapper who got by solely on being crazily thugged out. Flash forward 18 years and this dude has made 10 fucking albums and has platinum hits. It’s amazing. I’m not even mad. Though part of me feels like he must have strong armed the industry…That , or he’s just kinda a cool ass dude that people like working with. I’ve actually heard that about him (as well as him being a ruthless gangster). Who knows?

question: do you ever feel like you hitched your musical ride to the wrong cariage (sp)? Yeah, ninja tune was sweet for a minute, and they put out your shit, but i feel like if you’d hitched yourself to strangefamous, or fakefour, or rhymesayers, or fieldwerks, or some other US based indie hip-hop label post-defjux you would have been put in contact with a serious roster of dope mc’s/producers with which to throw beats, remixes, or collaberations at. I try to stay up on shit that might be coming around new, old, reinvented, or whatever….and i never hear anything about ninja tune. Fieldwerks has been blowing up my musical library on the production tip, and i just feel like your talents are getting squandered in some shitty english slapstick comedy label, rather then thrown into sampler compilations with the likes of………basically the entire fieldwerks roster……..fuck it, no joke, i’m all over their musical dicks……..all their shit is dope……..and you need to get down with them. do it. feel free to consider this not a question, but a statement.

First off, I’ve never heard of fieldworks. So, take that as you will.
As for Ninja Tune, I really don’t have many complaints. As someone who dealt with numerous labels, they’ve been pretty great. They’re creative, they are sufficient and they pay on time. Those things are highly under rated in terms of what labels give you. Back when I got signed (2003) all those labels you listed either didn’t exist or weren’t what they were today. I had a record deal with ninja tune for many albums and when that was done, they were the ones who were gonna pay me better than anyone else and why would I turn that down? They’re super professional and , believe it or not, have clout. Sure, signing to a US based label would be cool but the fact of the matter is my albums would still be available in the same places. And nowadays, getting your CD in stores doesn’t matter anyway.
I think I’ve done pretty well with Ninja. 4 albums in 7 years? I can live with that happily.
On a side note, this question reminds me of when I’m working the merch booth at a show and someone comes up to give me a pound, but instead they opt to works their weird agenda into the brief meeting. Like someone will come up to me and try to get me to talk shit about Aesop or Murs cause they assume “we’re on the level” but in reality, they just wanna hear me say I have the same taste and music ideals as they do (Which I most certainly never do). I’m glad you like Fieldworks. Like I said, no clue what that is but I’m sure it’s fine. But , as long as the music gets released to the public and you don’t have a hard time finding it, it really shouldn’t effect you as a listener. Same music either way.

There’s still hope for some basketball. I’d guess we’ll be back by January , at the latest…But still, I can’t lie, this is fucking annoying. I really only watch basketball and a little baseball. I feel like a huge chunk of my year has been taken away from me. Not only that, I’m having Fantasy basketball withdrawal like a motherfucker. On the bright side, my girl could not be happier.

Yo block i got a question. I know your a fan of breaking bad, what did you think of the season finale? It was pretty sick. Any thoughts on next seasons storyline?

Holy shit. The last 6 episodes of this season may very well be the best 6 episodes of TV ever. Right up there with Season 4 of The Wire. I can’t believe how great they were. I thought the finale was awesome. Not much to say about it without giving it away (for those who haven’t seen it) but everything fell into place beautifully. As for next season, it’s safe to say it’ll be Walt Vs. Jesse plus Hank. I can’t wait…

Quickfire round:
What’s your favorite part of the video for Safety Dance by Men Without Hats?

You talk about your experience going to school in Boston, anything you actually liked about Boston? (Aside from how superior the sports teams are to any others, of course.)

First off, fuck you. Secondly, I liked the food there. Great CHOWDAH DOOOD!

Favorite MOP song?
Not only my favorite but if I was a boxer, this would 100% be my entrance music.