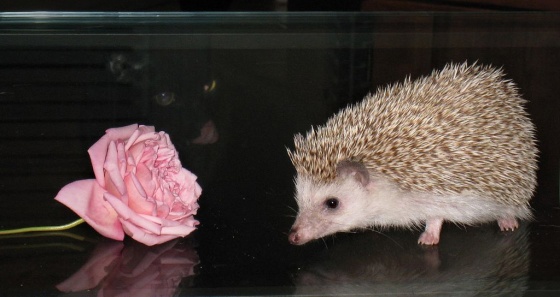 Man, I skip one week of this shit and it feels like forever. Well, it’s re-up time and I got all sorts of A’s for Q’s up in here. As always, send me more questions! Leave them in the comment section below or send them to my email: Phatfriendblog@gmail.com. Be creative. No “Top five beats ever” or “what inspires you?” kinda bullshit please. anyway, let’s do this…

I think both take skill to pull off correctly but it’s way easier to be sampling producer than a not-sampling producer.
As long as you’re sampling , there’s always a chance the beat will be decent.
The thing about making minimal synth type shit is that ,when it’s great, it’s some next level shit but when it’s bad , I can’t think of anything worse.
Dudes like El-P, The Neptunes and Timbaland find a nice pocket for all the shit they make. What seems quite simple is usually way more complicated than you’d ever imagine.
With sampling, anyone can find a good loop. The secret is not stopping there. Make sure the drums are tight and add layers so the beat has some more dynamics than just the same thing over and over for 4 minutes.

have you ever taken home a girl under the guise of being a musician?

Have I ever fucked a groupie? Sure. What red blooded musician hasn’t done that? Granted, I haven’t done it a ton of times but a few here and there back when I was single.
To be honest, like most men, I’m driven by ego. Because of this, I’ve never been crazy about fucking girls who only like me cause of my music. Fucking someone who’s a fan of you creates an unfair balance in the relationship. One person is sort of idolizing the other in a way that’s really not natural, in terms of sexual relationships. Don’t get me wrong, it’s pretty cool sometimes but it’s not real. I feel like I’d be way happier with myself fucking a girl who hated/didn’t give a shit about my music cause, in that case, I’m overcoming her prejudices against me and we’re connecting as real people. (however, if I were single, I’d gladly fuck a groupie of my blog cause at least this thing is a decent representation of what I’m really like)
When I was single, I’d go out of my way to not bring my occupation into the conversation cause I really wanted to bag girls in a more pure way. You know, actual charm and attraction. Not some preconceived notion about me based on wordless music I make.

Listening to your own music..im an artist and by the time im done working on somthing I usually never want to see it again.. does that happen to you?

Oh fuck yeah. When I’m making an album, I pretty much only listen to it as a means to hone it from a more outside perspective than me in front of my sampler and computer. I’ll listen to it at the gym, walking around, chilling at home. Just to iron out the quirks. But, once that process is done, I don’t wanna hear that shit for at least 5 months-a year. I very rarely go back to my older shit to see how it holds up cause the process of making it is hard to separate from the final product.

Did you ever think that fat girls might get their feelings hurt by your blog’s header picture? Do you feel at all like a dick for that?

First off, I definitely do not feel like a dick about it. Fuck that shit. It’s funny. But, more importantly, my blogs title is a play on words. What better way to display that than a picture of a literal fat friend…when in reality, I’m your PHAT friend. I will say that I’m bummed about losing the old pic I had up there. I switched backgrounds recently and that shit vanished.
However, if you are a fat girl who reads my blog, don’t feel bad. I’m not dissing you…I don’t even know you. The only person who really could get mad at the header is girl in the actual picture and I’m fairly certain she’s not a big Blockhead fan.

How do you feel about the fact that V Nasty has a fucking kid?

Man…Well, it’s not like I’m surprised that a learning disable whigress of her stature would have a kid at such a young age. The whole thing is telling of much larger problem. That problem being that a decent % of americans are functionally retarded people who have kids cause they have a dick or a pussy that works. There are millions of V-nasty’s in the world. Holding their kids in their arms while they almost get in fist fights on the bus. Playing Gucci Mane and blowing weed smoke in her kids faces while playing playstation. Feeding those kids the worst food imaginable. And, in turn, creating future V-Nasty’s. It’s a cycle but that the way of the world. It’s a vicious cycle of V-nasty’s.
I’ve said it here before but I think the world would be a much better place if people could only have kids
1)after the age of 25
2)after an extensive IQ test determining you’re intelligent/caring/loving/mature enough to raise a child

Imagine that. Not only would there be tons less people to deal with but everyone would have a fighting chance to not be like V-nasty.

I haven’t heard it…but it’s kind of tough one for me. One one hand, I’m an admitted Necro fan. I think he’s awesome and hilarious. Also, Kool G Rap is pretty much my #1 favorite rapper of all time. However, I haven’t really been into a new G Rap song since the 90’s. Also, I love Necro but if it’s just an albums of him doing gun rap with Kool G Rap, I dunno how interesting that will be to me. I like him when he’s on the funnier/ridiculous side of things. I’m sure the beats will be dope though. I’ll peep it when I get a chance.

what would you do if your house was haunted by a very angry ghost?

I’d probably move. Can ghosts follow you or are the sequestered to one place?
I mean the second some paranormal activity shit starts popping off, I’d check out. But, then again (assuming said angry ghost was not actually violent), perhaps it would reach a point where I’d just deal with it.
back in the day, I had a mouse in my house. At first, I was desperately trying to track him down and kill him but then I realized he was just kinda chilling. He’s scurry by every now and then but he was actually pretty cute and wasn’t really bothering anything. So, I eventually just let him be and he became like my tiny roommate. Then he ran up my pant leg while I was playing video games so I hunted him down and threw him out my window. But still, peace to that dude. RIP.