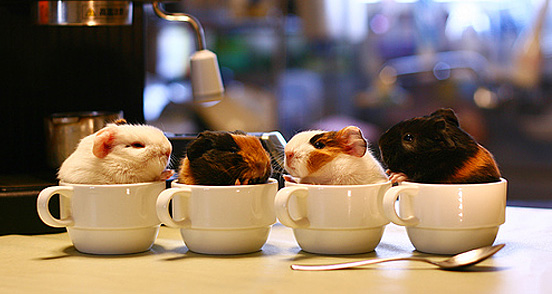 Hello everyone. I know you’re all gearing up for Thanksgiving. Or not. Who gives a shit? What’s more important is that we’ve reached volume 60 of this fucking questions blog. I’d like to thank all the people out there who’s spent the time to send me questions ranging from super interesting to mind numbingly terrible. YOu’re all a part of this machine and it’s appreciated.
Anyway send me more questions to Phatfriendblog@gmail.com or leve them in the comments below. Also, Send me any “Ask Dr. Tony” questions so I can help fix your retarded love lives.
Anyway, there are some good ones in this batch so enjoy the deep insights to what a piece of shit I was as a single man.

I’ve experienced a strange phenomenon in the past with girls: I lust after them for a long time without any real interest in a relationship. We finally hook up (not even necessarily sex… but even as little as making out/heavy petting). After that, regardless of how far we’ve gone, the conquest is over, and I no longer have any sexual interest whatsoever. Have you experienced this?

Oh god yes. It’s called being single. Personally, it was sex based though. Just hooking up would make me want it more. The problem with this is that girls tend to not be very fond of you fucking them and feeling like you got what you came for.
When I was single I used to call these things “the three week fling”. I even had that in my interests on my personal Myspace page (this was a long time a go). Basically, you meet a girl you’re attracted to but who you also realize immediately that it’s not gonna go anywhere seriously. You hook up with her for about three weeks and it fizzles after that. It’s weird but three weeks was constantly the time frame this worked in. This is when they’d either
a)get sick of you
b)You’d be bored of sex with them
c)they start to catch feelings and you have the “talk” that ends with you two never hooking up again
d)they become an alternate booty call that eventually ends badly.

I can’t stress enough, this shit was like clockwork. Something about that third week. I have no clue what it was. This sounds terrible (Cause it is) but , I found after having sex with a girl on like three different occasions, I was good. It was like an “Okay, I get it…next!” kinda thing. That’s when my interest would wane. unless it was an obvious mistake, once was never enough but four times felt like I was pushing my luck and fucking with her emotions (if there were any getting involved).
I don’t believe in hell but I’d imagine I just made a pretty strong case for myself with this answer.

What do you think of Nas? Love him, overrated, washed up, poor beats, just okay? You can’t hate on Illmatic (though I think he has other great albums).

Obviously , Illmatic is one of the greatest albums ever made. For that, Nas will always be respected.
To be honest though, with the exception of a few songs here and there, I haven’t been checking for Nas over the past decade or so. I don’t doubt he’s made some good music over that period of time but I just don’t care enough to find out. He’s in that group of rappers for me (with guys like Black Thought and Mos Def) who I know are extremely talented yet I never feel like listening to. I can’t really diss any of their music cause they’ve all put out MOSTLY quality stuff for years but it just kinda bores me. I really don’t even know why.

Does your current apartment have roaches? Any personal stories of note about roaches from your years living in NYC?

My apartment has some roaches. I’m on the ground floor so they’re around more than I’d like. However, it’s not that bad. The building has an exterminator come regularly so that helps.
However, the first night I ever slept here (like 10 years ago), I woke up from my first night of slumber to a tickling feeling near my ear. I scratched that shit and there was a huge roach (or waterbug if you’re fancy) crawling on the side of my head. I flipped out and swatted it across the room, grabbed the closest solid object I could find and decimated that motherfucker. That was certainly an extremely jarring way to be welcomed into the house.

Do you ever jerk off on the toilet post-shitting?

Saw a little while ago an answer you gave about Daily Routine and the thought behind it. I’m not trying to delve into the mind of the block, but i was wondering what the story is behind the “meals with Blockhead” on Aesop’s Float. I always figure they might represent different times in your careers together, like Breakfast being when you guys started and dinner being where you guys saw yourselves like around now. Would love some explanation.

Ready to be totally disappointed? There is absolutely no deep meaning to those tracks. They were three unfinished beats that we used to space out the album. Cause there were three, I thought using the meal theme made sense. That’s it. Sorry for the lame truth…but sometimes that’s all we have, bro. The lame truth.

Is there any celebrity who you know is completely 100% busted, yet there is some part deep inside you that really wants to fuck them? If no celebrity, has this phenomenon happened to you with someone you know?

“Completely busted” is a strong term. I’m pretty sure I’ve never wanted to fuck anyone who fits that description. Celebrities aren’t real people to me so I’ve always based them strictly off looks. Sure, there are quirky ones who I’ve taken a liking to but none of them were even close to unattractive. In real life , however, I had a time where I was obsessed with girls with dope bodies. The face didn’t matter to me at all. This led to me lusting after girls who, in all reality, I probably didn’t even wanna make out with. I think this comes from just being around the same girls a lot and , if they show enough body over a time period, it’s gonna get you. A single man’s walls are not hard to break down, when it comes to who we’re willing to have sex with. I got a friend who would literally fuck any girl with big tits. She could be a swamp goon but if her breasts were huge, he was all in. Personally, nice breasts attached to a flat stomach would get me every time. and lower back dimples. I suppose we all have our little things.

Quickfire:
1. Yo man, you’re music is not an option in bar jukeboxes…what the fuck?
I’ve seen it on a few very random ones but, let’s be honest, I don’t exactly make good music for places where jukeboxes might be. Not to mention, Jukeboxes tend to overlook niche genres of music. I’d bet Aesop is on a fair amount though.

2. Any takers yet for the new album?
Yup. It’s looking like Ninja tune will be putting it out next year.

3. What can we expect sound-wise for the new shit? A continuation of The Music Scene, a revert back to your older sound, or something new?

4. Thoughts on the NBA lockout?

I think it fucking sucks. I’m not a football guy , Hockey is a joke and I hate all college sports as if they were wedding shows. So I’m not watching any sports right now. I haven’t turned on sportscenter since the Yankess got knocked out of the playoffs. That’s a strange thing for me.
I honestly don’t follow the inner workings of why this lockout is happening but, if I had to guess, it’s rich people being greedy. Whether it’s the players, owners or both (most likely) , I dunno. I don’t really care to be honest. I just want basketball back. I did read something about the players talking how they’re gonna “start a new league” and I pretty much laughed myself into a coma. Yeah, that’ll happen.