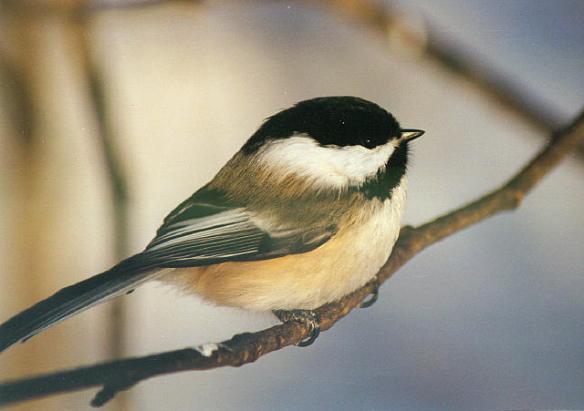 Hello to all. Another installment of you 3rd favorite weekly entry!
I’m going to Poland tomorrow but I think I got enough shit mapped out to cover this week. Perhaps even a write up of my trip to poland. It’ll be like a mental slide show, yo.
As always, send more questions to my email: phatfriendblog@gmail.com or leave them in the comments below. Also, I’m accepting “ask dr. Tony” questions. Need love advice? Life advice? I’m that dude. I swear.
Anyway, here we go…

I do not consider myself a hiphop snob, although I would like to think my tastes are not awful.. Recently I have had the urge to listen to the waka flocka flame song “karma” over and over.. I know it’s not deep and terrible lyrically, but I love it none the less. I am 32, have a decent job, family, would consider myself not to be a total idiot. two questions here.. 1.Should I kill myself? 2. Do you have any AWFUL guilty hiphop pleasures you would like to share?

I say submit to your urges. I can’t fuck with Waka Flocka but I understand the desire to wanna just say “fuck it” and listen to some fun dumb shit. I remember when , sometime in the late 90’s , i started to let my hip hop snob purist guard down a little an just embrace music that’s fun. Since then, it’s made music a lot more enjoyable for me. Granted, I still have those moments where I’ll hear something that so offends my soul (Black eye peas or “teach me how to dougie” type shit) that it brings back that purist rage, but dumb shit like Waka Flocka? Why not. I’m way more annoyed by when music is mediocre. I’d rather something be over the top terrible than middling cause at least it’s bringing out something in me.
As for my guilty hip hop pleasures, It’s hard to say. I mean, to some, ASAP Rocky would be considered a guilty pleasure. I listen to Suga Free a lot butI don’t feel very guilty about it. Is group Home a guilty Pleasure? Noreaga? Really depends who you’re asking. Cause , to your average hip hop purist, most rap made after 2002 is garbage.

Who’s your favorite member of these groups/labels?
Wu Tang
Now-Ghostface
when they came out- Meth and Deck
Odd Future
Earl
Tribe
Tip (seriously? who the fuck is gonna pick anyone else?)
De La
Pos
Might as well say native tongues as a whole
Jungle brothers but based entirely off their first two albums. Longevity has definitely not been their strong suit.
X Clan
Brother J
Alkaholiks
Tash
Run DMC
Run
Beastie Boys
Ad-Rock
Geto Boys
Willie D
Death Row
Snoop

how funny is it that you had the myspace question blog, retired it, and pretty much carried it over here?

Yeah. It’s my cross to bear. The good thing about doing it this way is I have control over what I answer. Back on myspace anyone could write whatever they wanted and I’d have to just deal with it. Sometimes people would take it upon themselves to write long opinion pieces on topics asked to me, as if anyone gave a shit what random myspace rapper from North Dakota thought about anything. That always pissed me off. Not to mention the FAQ’s that happened endlessly even though they were posted on the front page.
But, really, I like answering questions and it’s easy content for this blog. Win-win.

saw this from mero’s site and it made me think of the corny, not-actually from brooklyn people who come in and do a show at a soy deli and pachouli outlet and the next day they’re back in farm-town on the local 1-hour per week hip hop show yellin’ “bee-kay, son!” and acting like they sold heroin with jay-z and just did a raw show in the same brooklyn biggie grew up in:

90% OF BROOKLYN IS SO SOFTINGTON YOU COULD GO CAMPING ON THE STREET IN A TENT MADE OUTTA MACBOOKS AND EUROS AND WAKE UP THE NEXT DAY CHILLIN AND EAT A VEGAN OMELETTE & SHIT LIKE THAT B. NAHMEAN LIKE THE MOST DANGEROUS THING THAT COULD POSSIBLY HAPPEN TO YOU IS YOUR COKE DEALER WANTING TO KICK IT AT YOUR CRIB AND WATCH YOU BLOW THAT MOUSE UP YOUR NASAL WHILE HE SMOKES A BLUNT, AND HIS BABY MOMS TRACKS HIM WITH THAT IPHONE FINDING SHIT AND TRIES TO BEAT YOU UP…BUT GETS ARRESTED OD FAST CUZ YOU LIVE ACROSS FROM SOME NIGGAS WHO’S THE NEPHEW OF ANNA WINTOUR OR SOME RICH NIGGA SHIT.

what to do with these people?

Mero is the best. everyone should go to his site. It’s way funnier than mine:
http://victory-light.blogspot.com/
I’m afraid we just gotta deal with it. The transformation of certain parts of brooklyn has been crazy for those of us who remember it when it wasn’t nice. Shit, I remember Williamsburg in the Mid-90’s. It fucking sucked. Now it’s super expensive and full of people who were the Artsy kids in their midwest high school. That’s fine and all but Mero isn’t lying. The shit is pretty soft.
I could complain about it “losing it’s edge” but, to be honest, I never fucked with BK that much enough to care. Nowadays, it’s a good place to go to eat and get drunk. It’s certainly filled with dipshits who have lived in NY for 8 months and think they’re all of a sudden the first people to ever live here but whatever…I look at williamsburg as a really big college campus thats fun to visit and a great place to acquire HPV.

what’s your take on the acceptable age difference for hook-ups (young and old)?
Well, there are couple differences…there’s the “Dating” age difference and the “fucking” age difference.
First off, lemme say, people can date whoever they want. If you’re 42 and find a 20 year old you really get along with, good for you. I call bullshit on that “connection” being anything more than attraction, but good for you.
However, in general, I would personally say it’s hard for a dude in his mid 30’s to really want to settle down with a girl in her early/mid 20’s. I’m not saying it’s impossible but the reality of the age difference would be a bit much for me. I feel like a young girl not knowing what I’m referencing half the time would be tiring and hearing her talk about whatever stupid shit is cool now would also be tiring.
Lemme break it down like this,

For Men fucking women:
You can fuck anyone over 18. If you’re 38 and fucking 18 year olds, you’re kind of a creep but you CAN do that. Personally, the youngest I’d technically go , sexually, is maybe like 23. I’m 35. Even that feels weird though. As for oldness, I don’t think that matters for men. I definitely wouldn’t wanna fuck a 60 year old. I’m not into older women though so I’m the wrong guy to ask. I feel as if younger men have free reign over older women. It’s not even taboo like older men fucking younger women. You can fuck as old a woman as you find attractive.

For women fucking men:
Over 18 (though no 17 year old’s gonna be bummed if some hot 24 year old wants to blow him). If a woman is 35 and wants to fuck a 20 year old, do it. Why would you not? The only downside to an older woman fucking a 20 year old boy is that he’s a 20 year old boy. It will be brief and clumsy. Though, I suppose that’s a fair trade for women who just want lots of attention and no body hair.
As for how old a guy can be for a woman, I suppose it’s as old as she can stomach. If you’re a 22 year old girl and you actually want to have sex with a 50 year old man (not named George Clooney) then go for it. You’ve got fucking problems and should probably talk to your dad more, but go for it.

For men dating women:
Personally, They have to be within 10 years of me. 25 and up. If I was younger, that number would shrink to like 5 years. I suppose the older you get the bigger that number gets but I feel like 10 is a safe range. In the olden days they had that equation for love where you’re supposed to marry a girl half you age plus 7. That’s cute and all but it can be a little suspect if you do the math. Like a 40 year old should probably not be dating a 27 year old.

For women dating men:
Do whatever you want. Like I said, young girls who date really old girls have issues but that’s just how it is.

Yo Blockhead,
I was just blasting the radio – wisconsin public – and your music was used as segue during the national news. Maybe not so strange. Where is the oddest place your music has been used?

I’ve heard my music pop up in random places a few times. Urban Outfitters. Tons of Tea/coffee shops. But the one that bugged me out most was when I was eating a high end sushi place and one of my songs came on. It wasn’t that they played it but it was the music that was playing before and after it. It was like cool jazz fusion elevator music. I mean, it’s cool they played my shit but definitely kinda humbling that i fit in along side the worst music on the fucking planet.

if yr food had to be undercooked or overcooked, which one would you choose?

Depends what the food is. I mean, if the undercooked food is going to make me sick, I’m not gonna eat it.
That said, i’m a guy who likes my steaks rare so , as long as it’s edible, I can rock with undercooked.

small girls. There’s this amazingly hot thai girl I work with but she’s like 4’11 and looks like my pinky would be too much to handle. Any thoughts/experience?

I’ve always loved short girls. 4’11 is pushing it but so what? Unless you’re like 6’4” in which there might be a problem with the equipment fitting.
I think I’ve told this story on here a few times but, fuck it…
One of my sisters is married to this french dude. He’s awesome and kinda crazy. When I was about 14 , he told me to always fuck short girls cause “they’re easy to move around on”. At the time, I had no idea what the fuck he was talking about as I was busy beating off 7 times a day to the thought of a girl even touching my penis. Later on in life though, it clicked. Unfortunately, what also clicked was that my sister is 5’1” and he was talking to me about fucking her. So, that was a bittersweet moment of discovery and disgust.