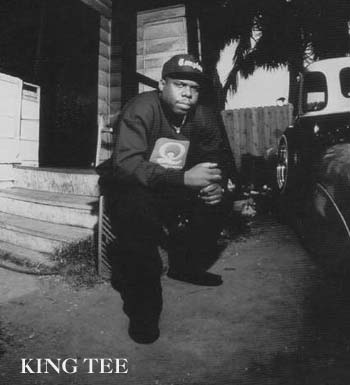 Freestyle Ghetto By King Tee Feat. Xzibit, Mc Breeze, and the Alkaholiks
http://limelinx.com/files/1ccf3d8d684ecb69c601046b4b030f8f
This is one of those songs that pops up on my ipod that I completely forgot about. King Tee may have never been the best rapper but few were more consistent over such a long period of time. In a way, he’s kinda like the west coasts answer to EPMD in that he was a likable dude with good taste in beats who got by on simply making enjoyable music without dropping any lyrical miracles all over the place. To anyone into this kinda thing, I’d suggest checking out his album “At your own risk” and going from there. He’s like like 5 albums and they’re all solid but I’ve always felt that was a good starting point for his music, even though it’s not his first album.