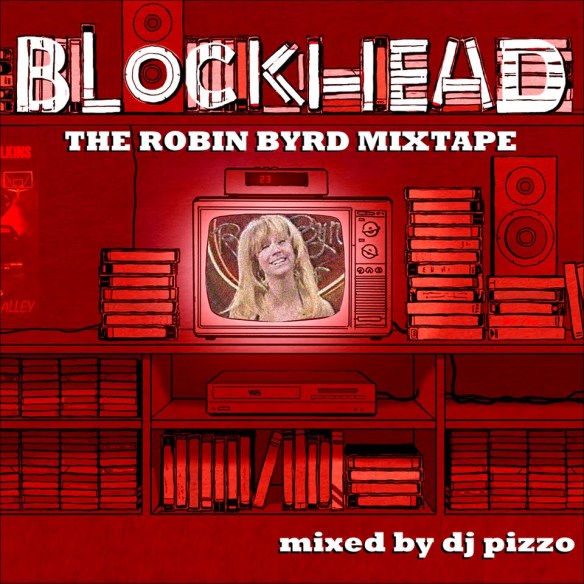 Here’s the description from the man who made it himself:
Back in 2005, HipHopSite.Com pressed up a special promotional CD for pre-orders of Blockhead’s “Downtown Science” LP called “The Block Is Hot Part 2”. Limited to 1000 copies, the disc included a handful of unreleased joints from Block, but more importantly a live recording of a performance in NYC. Block had mixed tracks from his first two albums together into one super-chilled out mix before a live audience, and it was captured there.

Fast-forward to 2011, Blockhead had since released two more albums, “Uncle Tony’s Coloring Book” and “The Music Scene”, both of which had become lexicon for this DJ. So, while out in L.A. for a gig, my manager and I constantly were listening to “The Block Is Hot Part 2” and it’s live mix, marveling how years later it still held up. I thought to myself, “wouldn’t it be great if Block did another one of these mixes for his last couple of LP’s?”

I called up Block and asked him if he had any plans to do so, and he seemed overwhelmed with finishing his new LP, “Interludes After Midnight”. I then pitched to him the idea of doing it myself as some kind of lead-in project for the new LP. I then started to think about all of those cool bootlegs and unreleased tracks he threw out on his Phat Friend blog, and thus, “The Robin Byrd Mixtape” was born.

This mix is mainly built around “Uncle Tony’s Coloring Book” (my personal favorite Blockhead LP) and “The Music Scene”, and also includes a handful of semi-exclusive remixes that Blockhead did for fun, as well as a strange demo he did for some chick named Lizzy Grant (who you might recognize now as Lana Del Rey). I also threw in a handful of other beats, collabos, b -sides, unreleased cuts, and even some of his discarded “throwaway” demos, which in reality ain’t all that bad. So, enjoy this 80 minute mix of Blockhead classics and rarities until Midnight arrives……. – DJ Pizzo

8 thoughts on “The Robin Byrd Mixtape”