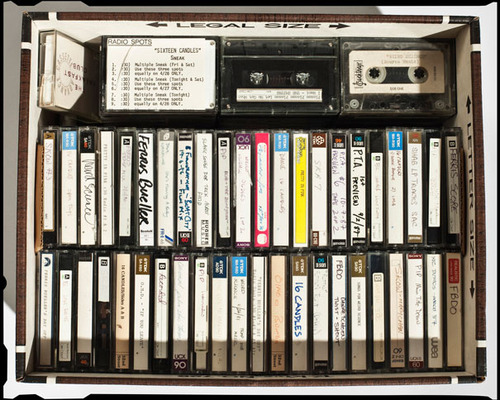 Round three!
This is where I take demo’s you guys have sent me and give you my brutal, honest opinion on your music. I gotta admit, I’m surprised how popular this has been. Who knew people actually wanted to hear people’s demos and then read about why they do or do not suck?
Just to clarify a few things:
1)I’m not taking submissions , so don’t send me any music until I ask for it.
2) These are just my opinions. If you’re an artist who I reviewed and you aren’t happy with what I said, don’t take it personally. Also, you were warned so if it really bothers you, you probably shouldn’t have sent me music in the first place.
3)Shout out to all the artists who took last volumes reviews in stride. I know reading other peoples opinions on your art is never easy. welcome to my world.
As for these submissions, is was an interesting week. I’d say, overall, it was the highest quality round I’ve gotten thus far…with the exception of one next level bad song that also happens to be the most “well made” song I’ve ever gotten. Go figure.
Anyway, I grade the songs on these three specific categories.
Originality: Obviously rating how much this differs from other music out there in a positive way. I’ll be shocked if anyone gets above a 5 out of 10 as this is a pretty tough category.
Listenability: Rating how hard/easy it was to sit through. This could go a few ways as I often find humor in music that’s extra bad so, it’s not always a compliment.
Production technique: Rating how well crafted the song was. Was it “professional”. How was it recorded and mixed.
But, beyond that, my real thoughts about them are in the write ups. So, as always, take it all with a grain of salt.

I can’t front, this was pretty dope. As much as I don’t really have a taste for instrumental stuff, this was an undeniable smooth ride. It’s a little longer than it needed to be and I would have done something different with the drum patterns (the sounded almost off beat when they first came in until i realized this was not your typical boom-bap 4/4 time signature).
But, other than that, definitely a breath of fresh air amongst the typical submissions I’ve gotten thus far.

Originality: 6.5 out of 10 (mostly for using an interesting time signature within the scope of instrumental hip hop type shit)
Listenability:7 out of 10
Production technique:7 out of 10

This could almost be a companion piece for the first song above. Very smooth and well put together. I actually like it more as a basic beat except that nothing really goes on beyond the main part and tiny details. That said, this would be a great beat for a rapper to use. I just don’t know if it stands alone as an instrumental track. It’s not really breaking new ground but whoever made it is definitely good at what they do.

This is a cute song, if not painfully white. Sounds like a weird mix of Earl, Eyedea and paul Barman. I think the guy can actually rap pretty well it’s just that voice and subject matter are not my cup of tea. I appreciate the honesty of the lyrics and it’s definitely a subject I’m sure many (WHITE) people can relate to. I feel as if it might be about 8 too late for stuff like this to really have any home though. But, all in all, it’s not bad. Oh, and I’m cool with the beat. It definitely takes a backseat to the rapping (mostly due to the kids voice and the mix) but it serves it’s purpose.

This one is all over the place. It meanders from part to part with no fluidity and some parts don’t really match in key with the other parts. From the sound of it, it’s someone who’s playing a bunch of instruments and mixing in some sampling. I dunno…it just seems kinda aimless to me. It’s not terrible or anything. If i were to guess , this is the work of someone who plays in bands trying to test their skills in electronic music. More often than not, when that happens ,the result is a song that has it’s heart in the right place but lacks the refined ear for making that genre of music that comes with years of perfecting it.

This kinda reminds me of an old beat I might have made back in the day. Before i fully understood how to use my equipment but still had an idea of what I was going for musically. I think I get where the artist was going with this one. It’s kind of a mellow wall of sound using the horn sample as it’s foundation. Unfortunately, I don’t smoke weed and music like this just becomes a mish mash of sounds after a while to my sober ear. Aside from the horn, nothing else really pops out at you. the drums are half good and half really cheap sounds…but they definitely show promise.

This seems HUGELY influenced Madlib/stones throw type shit…Like I almost thought it was a Quasimoto Song.
I like the beat a lot. It’s simple (just a few loops and drums) but effective. I could do without the 24 bar horn solo but that’s just me. The rappers are likable. I like the second guy More than the first guy but they both do their thing. I’d say ,even though it’s wearing it influence on it’s sleeve, this is definitely one of the better rap submissions I’ve gotten thus far.

This is one of those inoffensive type tracks that, while it’s totally listenable, it just doesn’t do much for me. It’s fine…I like the string sample but the rest of the song doesn’t really go anywhere. The drums are pretty amateur and the overall sound just feels like a computer made it. Not that that is always a bad thing but in this case I mean that the whole things sounds overly synthetic. Still, it’s mellow enough that I could see people sitting in a smokey room , playing this while looking at crystals or something.

Holy shit. WOW. How one earth did this get sent to me? you guys have heard my music, right?
Few things rub more the wrong way more than a song that’s entire existence is based in pandering to the lowest common denominator. This song is like if Drake butt fucked LMFAO while the black eyed peas watched. So, yeah, it’s really terrible. On a positive note, it’s VERY well made. The mixing and sequencing is professional for sure. That’s one good thing about terrible pop music…it’s usually very well made.
In defense of these guys, they did write this with their email:

This is our first single from our mixtape, which isn’t as commercial as this song. I know you only want one song, so I sent you this… But if you find that MAYBE you’d want to hear more, I also sent the link to the whole tape.

Word. I think you shoulda sent me a different song ,dudes.

This is solid. The rappers are all decent. I’d say the second dude was my favorite. It’s a pretty typical underground “What’s a matter with rap!?!?!” type song but all the mc’s are engaging enough to not make it hard to sit through. My biggest issue with it is the beat. It’s not terrible at all, it’s just nothing special. Kinda second rate Dr. Dre shit…Other than that, this was pretty good though.

Rappity rap rap!
Before i get into the song itself, might I recommend you change your name? It’s none of my business but it’s not 2001 anymore.
as for the song, this is highly flawed and typical “underground” rap. This literally sounds like something that was made a decade ago that wouldn’t have made it onto the walls of fat beats. There are like 7 dudes on this song and maybe two of them should ever rap again. It’s just awkward. I don’t doubt that the dudes in the group who can somewhat rap are painfully aware of those in the group who cannot. Not trying to stir shit up, I’m just saying.
The beat is okay. Kinda like a second rate Jedi Mind tricks kinda thing.