A few weeks back, I unearthed some artistic gems I drew when I was somewhere between the ages of 9 and 10. I found a box of my own version of garbage pail kids and figured “Hey, these are insane, I might as well share them with people…”
Here’s part 1:
https://phatfriend.com/2012/07/05/behold-my-childhood-art-part-1/

So, here are some more of them…It’s no wonder my mom sent me to see shrink when I was 4… 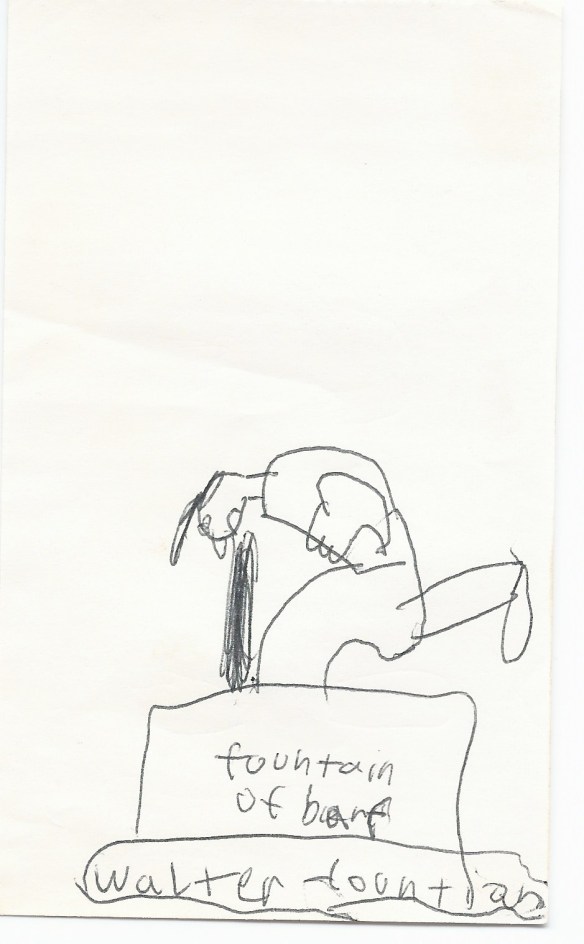 Get it? Walter sounds like “water”. Again with the vomiting. In fact, a full on fountain of barf! Maybe it’s cause I wasn’t old enough to be into girls and sex jokes but it’s clear that bodily fluid humor was the best thing one earth to me. 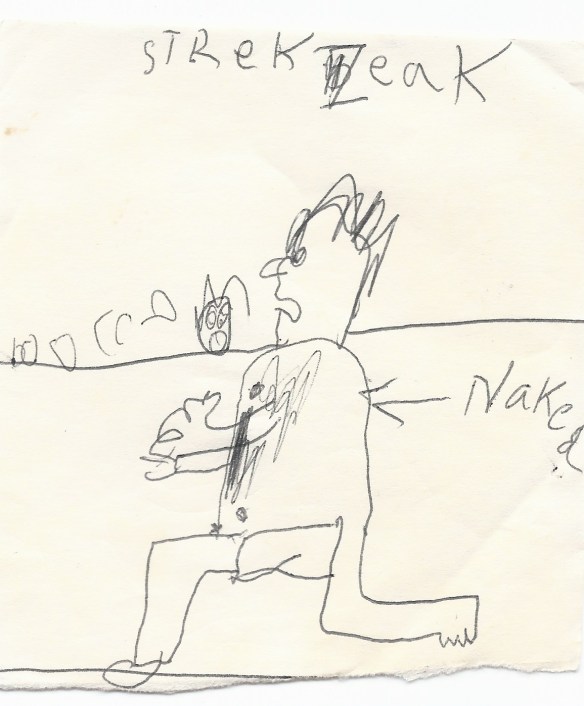 Zeak looks like he’s running is absolute terror. Perhaps it’s cause he doesn’t have any genitals? Just a rectangle flap of skin where a penis would normally be. However, he does have strange body hair and a belly button you could fit a roll of quarters inside. Oh,and in case you weren’t sure, he’s naked as explained by my arrow pointing from the word “naked”. 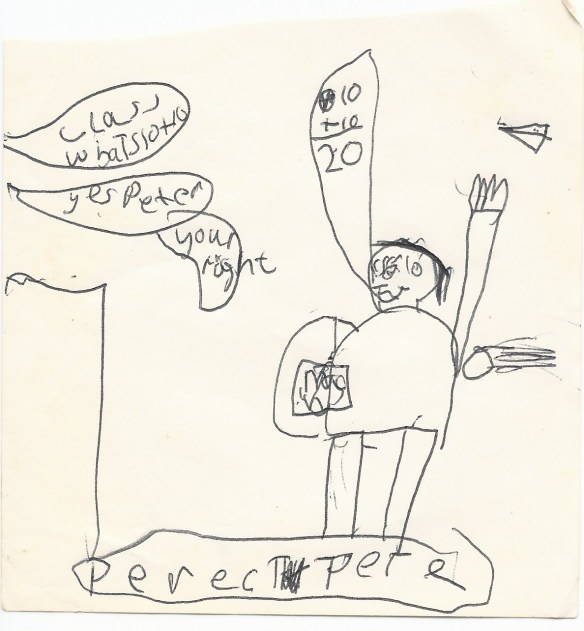 I was a terrible student my entire life so I’m sure, when I drew this one, it hit close to my heart. I mean, where does this cocksucker get off knowing what 10 plus 10 is? Luckily , his classmates must have been more like me cause they were whipping paper airplanes and what appears to be a baseball at him. Also, I could be wrong, but I’m pretty sure he’s holding a trapper keeper. Perfect Pete WOULD be one of those types.

First off, I’m super proud of young me for knowing how to spell “fright”. I woulda guessed otherwise. Secondly, how adorable is Fred? There he is, standing by a bunch of lit old timey bombs from the civil war and all he can do is kinda look like a big eyed goon. I’m assuming, that’s his fear face. Also, notice the one bomb with the super long stem. Why not, right? That’s the “just in case these other bombs don’t work” bomb.

You can tell that I wasn’t happy with the initial length of his teeth so I added a second extension. This dude has teeth extensions. He also seems to have clear teeth as you can see him belt line right through them. Buck is all sorts of fucked up. At least he had a cool mohawk. That is obviously there to divert peoples attention from his 4 foot long clear teeth.

The pun master killing the game once again with the brilliant “Ann Kle” Cause, she broke her ankle…why not? I’m assuming she’s a ballerina…and she’s also bald. I’ve noticed I wasn’t into drawing hair. So, bald headed hoes it is. I think my favorite part about this one is her elephant man like left hand. That shit is a straight up tennis racquet.

How tall is Tall Paul? Oh, only the same height as one of the fucking twin towers. Yeah, he’s pretty fucking tall. He also has really skinny arms and needs glasses. The glasses kinda make sense though cause, when you’re a giant of Paul proportions, seeing anything smaller than you must be an issue. It would be like a human living in an ant farm that was expected to be able to see what the hell was going on with those damn ants all day.