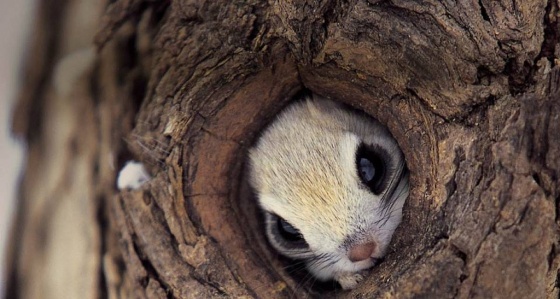 Good day to you. Another week, more questions. We’re one away from the 100th installment of this and I’m planning a big surprise! Just kidding…I’m not doing anything special…Well…maybe. who knows?
Just in case I don’t , send me more questions. Good questions. Interesting questions. Funny questions. Leave them in the comments below or email me them at phatfriendblog@gmail.com
okaaaaaaay??!?!?!

Does it ever bother you that the majority of your fans are white kids? Being that your doing a type of music that originated from the ghetto, I would assume it would have to irk you a little bit, that black and brown folks don’t bump your shit like white kids do.

Not at all. I think, like most artists, I’m happy to have fans at all. Also, as a white artist, this isn’t that big of a deal to me. I’ve definitely known black artists (not so much recently but back in the day) who would be confused by their mostly white audience but, like I said, a fan is a fan and if you’re making money off music, you shouldn’t be complaining. To be honest, beyond race, I’m way more bummed out when I find out what dipshits some of my fans are via facebook and twitter. I’m sure some of them feel the same way about me though so it’s kind of a moot point.

what is one of your most embarrassing moments everrrr?

That’s tough. Like most people I’ve certainly had my share of embarrassing moments in life…but very few that were soul crushing. I’ve always been a fairly cautious dude so , in general, I don’t really put myself in situations where I’m open to be completely embarrassed. I’m sure I’m forgetting a major one but the thing that pops into my head is something I’m pretty sure I’ve told on this blog already. I was maybe 15 and just chilling in my bedroom watching tv. I had my hand down my pants Al bundy style. My walked in the room, saw that and immediately bounced. I was mortified that she THOUGHT she caught me jerking off when in reality I was just chilling. Dinner time was like 45 minutes after that and I couldn’t decide whether I should confront it and deny it or just leave it be. I opted to leave it alone and that dinner was fucking awkward.
Well, my mom reads this blog sometimes so, hopefully that will clear everything up.
Also, I do have an embarrassing blow job story but , like I said, my mom reads this so it’ll have to stay on ice.

I’m obviously a fan of my dads art. I mean, it would be weird not to be. I think the thing I like most about it is that he did a little of everything. While many artists just work in one medium, he pretty much used everything he could get his hands on…from paintings, to carving to working with steels to clay. He never got hung up on one thing for too long and never settled on something cause it was the “hip” thing to do.
That said, I really have no taste for modern art. I grew up going to galleries , listening to people bullshit each other about the value of art and it got tired for me at a very young age. It’s not very different from the music scene except it’s even more wide open to interpretation. Meaning, there’s way more room to bullshit. I pretty much threw in the towel on caring about modern art when I was in my late teens. I was working at a gallery for the summer, doing grunt work. I helped them hang an exhibition and just sitting there listening to the gallery owners compare and contrast the different pieces , explaining why one was great and one was terrible, just annoyed me. To me, all that shit was impressive but they looked at everything with such a calculated and trend aware eye that it all just seemed disingenuous.
Nowadays, I avoid galleries and museums partially cause I don’t really care but also cause , for some reason, when I walk inside them I immediately want to go to sleep. If I lived in a gallery, I’d be the best rested person one earth.
For those interested, here’s the website for my dad’s art:
http://sidneysimon.com/

The older i get (I’m 27 now) the closer to flat out shitting my pants i get and the circumstances almost causing this crisis get more bizarre. Hit a bump on my bike, close call. Yawn, close call. Hot girl, close call. Is this a normal function of an aging male and should i accept the fact that I’ll eventually shit my pants in public or should i maybe stop eating stauffers and drinking coffee?

While I’ve noticed an increased urgency in some shits, for the most part, it’s controllable. If you’re 27 and having bowel control issues, it might actually be more than just the coffee and stoeffers. It may be time to get that checked out. Enjoy the doctors fingers in you butt. Good times.
I’ve had a few close calls in my time but they’re always a result of eating too much , too fast or the wrong food. I’m a glutton like that. I’m way more scared of sharts. Those can really sneak up on you and are way harder to control.
One of the funniest moments of my life is based around someone shitting themselves. I was chilling at home when I was like 16 and my brother walked in the door. He swiftly made a b-line into the bathroom only saying ” Shut up and don’t ask questions”. I found that to be a peculiar statement to enter any room without a gun so I figured this would be a perfect time to harass my brother. In fact, had he not said anything, I would be none the wiser. Turns out he had shit his pants…like COMPLETELY shit his pants about 3 blocks away and walked the entire way with a full adult sized dump in his underwear. It’s definitely a “had to have been there” kinda thing but I was on the floor, weeping with laughter when that got revealed.

Seeing as (depending on your early life drug use) you probably remember the 90′s pretty well, how do you think the internet and flash culture (people knowing things in 10 seconds, internet sensations, etc) has affected humor? Was humor better before the internet? Was the world a less annoying place when everybody wasn’t so focused on being ironic and super sarcastic?

Oh god yes. It’s funny that, given all these amazing and easy opportunities that living in 2012 is, we’re far less creative and original than we’ve ever been. Peoples attention spans are completely stunted from all of this. I used to literally sit and read liner noted of my cassette tapes for hours while listening to to music. Now it’s like people spend 5 minutes skimming through an album and immediately form deep opinions on that. Opinion they then vomit out on the internet like they actually are based in any reality whatsoever. That’s just a minor example of how all this technology has kinda numbed us.
As for humor, it works both ways. I think humor has changed because of the internet. On one hand, the shelf life of a joke has been greatly cut down. Things spread around so fast that if you tell someone about some funny link 3 days late they’ll look at you and roll their eyes.
On the other hand, the creation of meme’s and shit like that is interesting to me. It’s a totally new type of humor that didn’t really exist in the 90’s. The internet also enables people who may be unfunny social retards to anonymously be funny online. So, in that sense, it’s somewhat of a creative springboard for many people.
Overall, I think the biggest difference between then and now is how people can hide on the internet. Being anonymous has given a lot of the wrong people false confidence. Whether it be them trolling people or spouting off their uninformed opinions…back in the day, you couldn’t really do that cause there was no public forum for people to do it and not be held responsible. It was the era of actually having to pick up a phone connected to a wall and call someone.

I agree with you that there are plenty of topics that make poor conversation – namely music, drinking and druugs. Nobody cares what you listen to and nobody cares that “cannibal ox” changed your life… fark that. Why do these things that people get so involved in and obsessive over make such terrible topics to shoot the breeze?

Well, on the most base level, it’s cause I’m asking for questions to answer. I’d imagine people just see that and write me whatever pops in their head. But, below the surface, I think it’s cause everyone , deep down, wants to think they share a common bond with someone they admire. I’d imagine my fans, when asking me about certain artists, are simply fishing for approval of their likes/dislikes. Anytime a person asks me “Do you like______?” it’s usually followed by a sentence or two where they either shit on or praise the artist…as if that’s going to effect my opinion on it. I almost enjoy disagreeing with people like that cause , 9/10 times their reasoning for disliking something is some weird emotional hissy fit that’s totally their own problem and not at all based on the value of the music itself.
But, at the end of the day, “shooting the breeze” is what this is. I’m sure I come off like an opinionated asshole sometimes on here (and I’m not saying that’s not kinda true) but it’s all played up for the greater good of the entertainment value of this blog. In reality, I don’t REALLY give a shit about any of this stuff. I’m not losing sleep over what someone in iowa thinks about Necro or what someone in finland thinks about my newest album. All this is just me talking.