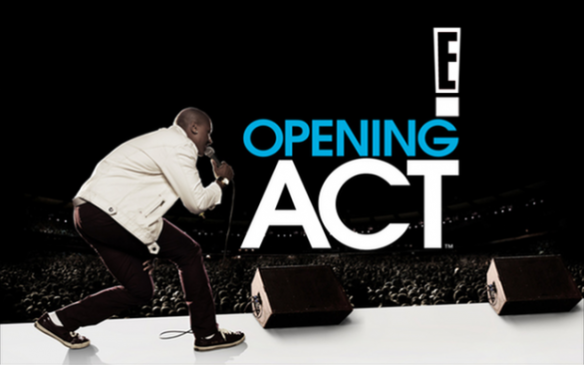 They sell you that…but more often than not, it’s really this

I recently saw ads for a reality show called “Opening Act”. I’m not sure if it’s aired yet, been cancelled or whatever but I can pretty much guess the plot line. They have unknown bands compete to get the chance to open for huge acts. That sounds about right.
Now, on paper, this seems like the chance of a lifetime. For most bands , the thought of performing at a huge venue where sports are played is a pipe dream. I can see why many bands would be rushing at the opportunity…but here’s a little know fact about being the opening act: it’s always sucks.
Anyone who’s toured can tell you that. If you’re not the headliner or the supporting act, 8 out of 10 times , you’re performing for no one. And if you do happen to have a crowd, they aren’t there for you and , typically, could care less. Sure, you might turn one or two people on to your music with every show (that’s kinda the point of being the opening act) but there is no glory to it whatsoever.
Just thinking about a show where some unknown band gets all revved up so they can open for Nicki Minaj or The Foo Fighters at some stadium makes my stomach hurt. Not cause of the opportunity but cause I know they’re going to take the stage at 5 pm to an 85% empty colosseum. It’s inevitably going to be one of those moments where all the excitement you had for the opportunity is drained out of you once you lay eyes on the sea of empty seats and people with their backs turned to the stage. Granted, this show will be a little different, exposure wise, cause it’s on a tv show but still…in REAL LIFE most musicians must eat some shit and , where performing is concerned, it’s called being the opening act. As painful as it is to be that act, I do think is necessary. Living the charmed life of an artist has to have some road blocks or else everyone would do it. Eating shit is something we, as musicians, must endure. It separates the people in it for the long run from the people in it for the moment.
I’m not stranger to this feeling. My first tour ever was in europe in 2003. I was opening for Amon Tobin , Kid koala and Bonobo (At least I think that’s who it as, it’s been a while). Back then, I didn’t have a live show. I hadn’t discovered ableton yet and literally had to learn how to DJ in two weeks. I had always been an “in studio” guy (and a lo-fi one at that) so nothing I did to create my music could be transferred on to the stage. So, what I did was take a bunch of records I had made music on and learned to blend them together…barely. It was a sloppy 35 minutes of me playing songs from my albums and some old Aesop beats. In my head, at the time, it was a huge deal. I was going to be on stage and everyone would be watching me. This was as crucial as it got. Little did I know that , in reality, I could have been just playing my itunes on shuffle and gotten the same response from the crowd.

My very first show was in London. The venue fit around 2000-3000 people. I had never even been to a venue that big to see a show, let alone performed in one. Just doing the sound check, I was amazed. I envisioned my self DJing for a wall of human bodies, all watching me meticulously as I struggled my way through my first live set. Well, as I went on stage, I had my first taste of something I would become all too familiar with. A barren wasteland of a room. A fuckigng host town with a balcony. You know what’s worse than a 2000 person room with no one in it? A 2000 person room with 50 people in it. It’s only then do you realize that not a single person gives a fuck what you’re doing on stage. You could be the sound man’s ipod for all they care. You also realize the value of space. I mean, these huge ass venues go on forever when you can see the floor. Still, I was as nervous as I’d ever been. I’m not lying when I say I almost shit in my pants half way through the set. I hadn’t yet learned that rule of “always take a dump before your show” that most musicians live by. The funny thing is , I could have pulled my pants down, taken a huge dump on stage and kept DJing and I’m pretty sure no one would have noticed.
After the show, I walked around the crowd. It was packed for the headlining acts. I might as well have been a ghost. I sold no merch. It was an all around humbling experience, to say the least.
That first tour (and the few following it) were all pretty much like that with a few random great shows thrown in. But I’m glad I got that experience cause it primed me for what being a touring musician is like. Not every night is going to go off. Hell, almost ten years later and I still have those nights where I’m wondering where all the people are. Or nights where people are literally sitting on stage with their backs to me while loudly conversing with someone else (I swear, i think murder is justified in that situation). It’s all part of the deal. I realize there’s this invented reality that people have for musicians and the life they lead but for most touring artists out there, eating shit is par for the course. It’s all about working your way up, gaining exposure , building audiences in different areas and putting yourself in a better position for future gigs.
The concept of “making it” by via being an opening act is laughable. What we artists have to accept is that, if you’re an opening act, you’re just there to fill time while people shuffle in. They could have hired a DJ, but they hired you instead. No shame in that though, cause we’ve all done it. But if you’re still being the opening act 10 years into your career, it might be time to wrap it up. Simply cause I don’t know how much of that one human’s ego can take.

14 thoughts on “The opening act AKA Eating shit”