Hello everyone.
Another week, another batch of questions. SPEAKING OF QUESTIONS…my stack is running low so let’s get pro-active…Send me questions! Get creative! DOn’t ask me what inspires me or where I got the name “Blockhead”. YOu’re better than 97% of journalists.
So, think up a good one and send it to me at phatfriendblog@gmail.com OR leave them in the comment section below. Let’s do this, dewds (and girls).

whats your take on sleeping with a married man? or vise versa

I actually did a poll about cheating a few weeks back but I suppose this a little different.
It’s one of those things that just sorta happens and spirals out of control. Obviously, cheating on your husband/wife is a terrible idea but , if you’re a single person and just wanna fuck? I simply don’t think it’s your problem if that person is married or not as long as they’re willing. I mean, it’s far from ideal and a shitty thing to do but the weight of it shouldn’t be on you. You’re the single person.
It’s one of those situations that people who are conscientious about consequences and the feelings of others simply don’t let happen. But, alas, most people out there don’t give a shit about that kinda stuff (even though they may claim to) and peoples moral compasses are all sorts of fucked up.
So, if this is a girl asking me this question, I say “Do what you want but be prepared for what may follow”. Just remember that you’re doing all this for sex. Like you could be ruining someone else’s life so you can get a penis inside of you for 15 minutes. Doesn’t seem like a fair trade but, hey, whatever floats your boat.
If it’s a guy asking me, there’s nothing I can say cause I’ll assume you already fucked that dudes wife.

This is a subject I’ve been hoping you would mention again but I haven’t seen it brought up so I’m curious. I just watched ‘The Art of Rap,’ and it made me wonder if there was word on when DJ PaWl’s documentary ‘Adult Rappers’ (if that is actually what its called) will be released? Is it finished? I assume he got the money he needed to finish it, but it’s just been a while since you spoke on it

As far as I know it’s going well. I believe they reached their kickstarter goal and they’ve been interviewing all sorts of people.I did my interview with them over a year ago but gauging from twitter updates, all is going well.

Block, what are your thoughts on domestic foxes as pets? I, mean, they’re more dog than cat. 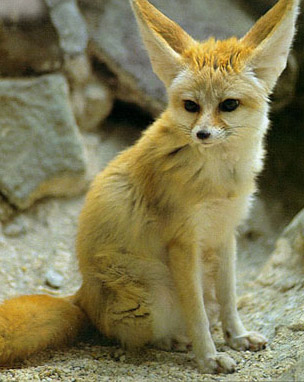 Until this moment, reading this question, I didn’t even realize that was a “thing”. I know nothing about foxes beyond that they’re always kind of portrayed as assholes or french in cartoons. So, I can’t say I’d want some smarmy little orange frenchman runnings around my crib all day. Still, I’m sure they are better than cats cause, as well all know, EVERYTHING is better than cats.
Things that are better than cats include:
Getting locked out of your apartment in your underwear.
Sharting in your pants while on a date.
Heartburn
Seeing someone have seizure.
Taking the first bite of a meal you’re excited about only to find out you’re allergic to something in it
dogs.
Getting hit in the balls lightly so it just kinda vibrates your entire body and hurts way more than a solid kick.
Seeing your mom cry.
ect…

so firstly, the question, my girlfriend actually mentioned this in the car the other day (we pretty much exclusively listen to your shit while driving)..

my gut reaction was that you’d be on some ‘fuck that shit i’m from Manhattan and i just make music as it comes to me’ steez but can you please give us your thoughts..

Fuck that shit, I’m from Manhattan and I just make music as it comes to me, bro.

Really? You actually think that would be my reaction any question regarding anything except “where can I get a good slice of pizza?”.
As for as scoring movies, I’ve never done it but I’ve never been asked. Well, I should amend that. I have been asked but it was for no money and that type of thing is a SHIT LOAD of work. Enough work that I would need to be greatly compensated for it. It’s like making an entire album that has to be synched to visuals. That’s insane.
Another aspect of this that may hold me back is that I sample. A lot of people who make movies (and commercials) don’t want to touch artist who samples out of fear the might get caught and sued. And it’s not like most movies have a budget to pay for that kinda shit. It’s very justified so I con’t really be mad at it.
All that said, if the right opportunity came along, I’d certainly score a movie. I’ve had songs I’ve made used in movies, tv shows and commercials but nothing I’ve ever made specifically for that show/movie. Scoring is a whole different ball game.

What’s the block’s policy on the following while in relationships:

Open door shitting
Joint bank accounts
Watching the others shitty shows
Hanging out with their shitty friends or family
The “who/how many ya fucked” talk. (don’t know if this one is pertinent to you.)

Good questions…especially when asked to a guy in a five year relationship.
1)Open door shitting
It’s simply not okay. Ideally, I’d want my girl to not be anywhere near the bathroom when I’m in it and vice versa. I have a bathroom door that doesn’t shut all the way. She’ll be roaming around outside the door sometimes (her closets are right by that bathroom) and it’s definitely interrupts the vibe I like to set while shitting. That vibe? Complete freedom to make whatever crazy sounds I want with no embarrassment attached.

2)Joint bank accounts
It depends on what you both do and why you need it. My girls been angling for one for a while cause she’s sick of writing me checks for her half of the bills. understandable. I’ve simply been too lazy to go get one done but I’m not opposed to it at all. The one thing about doing that is that it’s a deep commitment. Now your money is together. You break up or have one person in the relationship with money issues and you’re fucked.
Personally, I think the best idea is to have your own accounts but create a joint bank account that you both put money into in order to cover joint costs. That seems like the only logical idea, unless you’re married and shit , in which case, I suppose joint accounts are the norm, right? I have no clue what the fuck married people do.

3)Watching the others shitty shows
Eh…to a point. Dvr exists for a reason. I watch tons of shows my girls doesn’t give a shit about and vice versa. I feel no obligation to watch any real housewives shit or “Say yes to the dress” the same way she’s feels no obligation to watch ESPN’s 30 for 30
or Boardwalk empire (notice how unshitty my shitty shows are though? That’s a whole different discussion).
I feel as if there is enough time in the week that you can both watch what you want without having to subject the other to whatever bullshit you happen to enjoy.

4)hanging out with their shitty friends/family
It’s part of the deal, right?
The secret it to manage it. I have friends who date girls and they seem to be constantly getting dragged to awful event after awful event. The worst is a girl who’s way too involved in her family. Like they have family dinners every week and it’s an obligation. Fuck that shit. It’s all about picking the opportune time to see them. The right holidays or occasions. If you’re lucky, their family doesn’t live where you live and it’s not that big a deal. Or, if you’re luckier, they have a cool family (who happens to live in another state).
As for their friends, it’s another case of luck. For the most part, my girl has nice friends who I get along great with. So, hanging with them isn’t a problem. The only time it’s an issue is when I’m the only guy with like 6 women. On paper this sounds great but it’s the fucking worst. Have you hung out with 6 drunk women before as one of their boyfriends? It’ll make you hole up and watch sports for a week just to shake off the over abundance of estrogen you’ve been smothered in. Little know fact, when you’re not angling to fuck any of them, large groups of drunk girls are the fucking WORST (still, not worse than cats though). I’m sure the same could be said for groups of drunk guys but I’m so used to that at this point I don’t even notice how obnoxious we can be.

5)The “who/how many people have you fucked” talk
This is some kiddie shit. No adult should give a shit what happened before them. If you do, you’re an insecure pussy. Sure, i don’t want to hear the lurid details of the last five guys that blew my girls back out but I also don’t give a shit that they once existed. I’d imagine there are people out there who’ve done some serious low life things that would rather keep it under wraps, then do it. Lying about shit like that isn’t even that big a deal as long as you’re not putting the other person at risk. I’ve always been very honest about it with my girl. I’ve got nothing to hide in that respect. The only thing I don’t let out is names and details, unless I’m asked specifically. That just seems unnecessary. If she wants to know, she’s gotta ask and I’ll tell her but I’m not about to just blurt out shit just so it can be heard.