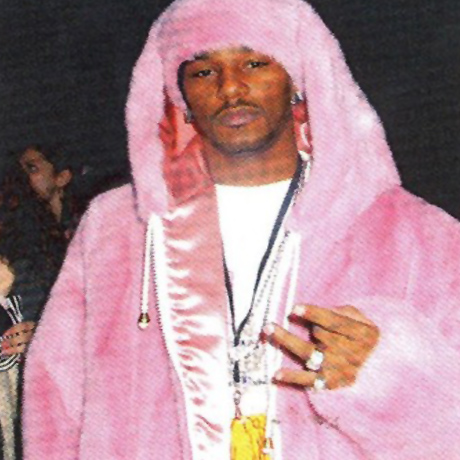 Last week I went on Cam’ron listening binge. I dunno what made it happen but his music had a renaissance in my Ipod.
I’d say there are a few ways to look at Cam. He’s either straight up great OR awesomely ridiculous and hilarious, both on purpose and accidentally OR he’s terrible . Now, when the people who feel the latter way are confronted with any of his music words like “real hip” and “Boom bap” seem to get thrown around as a way to disprove Cam’s worth as an MC. In my eyes, that’s a shame. Not cause Cam is the next coming of Rakim but cause those people who write him off are overlooking some of the facets that make a rapper great that Cam has more than his share of. Sure, he may not rap thought provoking lyrics with an intricate flow but he’s got presence, confidence , and an abstract creativity like few other rappers before or after him. It’s a shame that his topics and viewpoints are such a turn off to some cause I feel as if people are missing out. His run of music in the early 2000’s was awesome. Highly ignorant, negatively influential to all the rappers around him but awesome nonetheless.
He literally had little kids in the hood wearing huge pink t-shirts. CAM POPULARIZED PINK AS A COLOR CHOICE FOR MEN. He was gaudy, obnoxious, over the top and everything else…but , more than anything, he was clever. This song is my favorite example of that. It’s a album track off his peak achievement “Purple haze”. I was planning to write out some quotes on here but there are so many I don’t even know where to start.
Yes, many of you will not like this. Some of you might even be offended by it. I get it, you’re most likely fans of my music. It’s not like I have much in common with Killa Cam musically. I just ask you listen to it with an open mind. Also, the last 2 verses are pretty much two of my favorite verses he ever kicked.