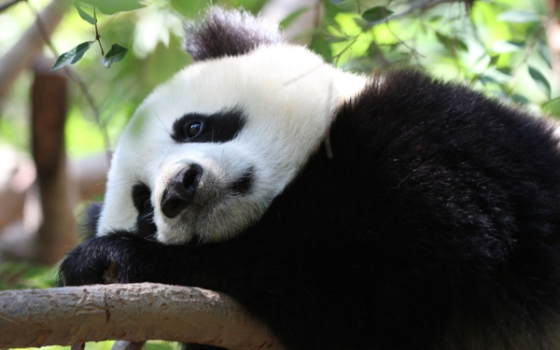 I think I complained about this last week but, I’ve been sick for like a month plus. The mixture of traveling constantly and not sleeping got me fuuuuuucked up. I got one more show this friday (At the Parish in Austin, you should come there…) then I’m home for a long time. I can’t fucking wait so I shake of this full blown AIDS I’ve been carrying around for the entire winter. Anyway, this ain’t about that…this is about questions that you asked me that i answer. If you got any, send them to me at phatfriendblog@gmail.com or leave them in the comments below. Be creative. this isn’t a job interview. Okay, let’s go.

Was your girlfriend a fan of your music prior to you two dating, do you ever ask for her opinion on tracks you’re working on?

I think I’ve gotten this question a few times. People are really interested if my girl was a groupie. Well, not to disappoint but she was sort of a fan. She had heard of me and had heard a little of my music but I doubt I was anything she was bumping on the regular. I met her through her roommate (who was a fan) so she knew of my music that way but I don’t think it was really her shit.
As for the second part of the question, I’ve never been a real “ask you opinion” kinda producer. I’ve certainly played her stuff but I tend to trust my own instincts on things of that nature. She does have a musical background though so one time, she directed me in a good direction when I was making the song “Beyond Reach”.

Other then that, the only time I really consider other people’s thoughts on my music that’s in the works is when I’m actually recording it in a studio and mixing it. Then I’m open to ideas.

Yo Block, if you had your own breakfast cereal, what prize would be included inside each box?

A used condom filled with frosting.

Has there ever been a time in your life as a music fan where you’ve written off an artist as kinda “meh” and later had a similar revelation as the one I so verbosely described? If so, could you put a finger on the cause of your indifference?
This is actually interesting. I wrote off tons of shit when I was in my super purist underground hip hop snob mode of the mid 90’s to late 90’s. I hated on anything mainstream. I’d like to think it was a reaction to puffy and his shiny suit. Well, it turns out there was actually a ton of good shit that came out then. From Queens bridge Dun rap like Capone and Noriega to southern gangster shit to some great album tracks by Mase I just totally put my nose up to is cause it wasn’t “authentic” os some other bullshit reason. I don’t know when I had the revelation but , at some point, I started to just accept music as is. It may have been when someone gave me a copy of juvenile’s “400 degreez” album. I scoffed at him when his first big single dropped but I’ll be damned if I didn’t play the shit out of that album. In particular, this song got me and taught me that rappers are more flexible than I gave them credit for.

They can make both mainstream drivel/club bangers but also are capable mc’s. At least back then, most of those rappers got in that position cause they paid dudes by actually being good rappers. Add on the emergence of Timbaland and the Neptunes and I pretty much stopped basing my opinions on music on the integrity of the artist or where it’s being played. Good music is good music and it comes in many different forms.

I check to see how many plays my stuff gets on soundcloud pretty frequently, how often do you check to see how your records are selling?
Never. There was a time when I would have cared about that shit (when I first started putting out music and people actually bought records) but, in 2012 , checking on record sales is like having a beeper. It’s futile. If there were a way to see how many people have heard the music/downloaded the album , I’d peep that but that’s not possible. I do peep how many listens views songs are getting on youtube every now and then though. Also, to read youtube comments cause I must secretly hate myself.

Does Ninja Tune make you pay for your own shit to sell at your shows, or is that on their dime?
I get a reduced price and it comes out of whatever money they eventually pay me. So, while I don’t get the records and cd’s for free, it feels like I do.

I’ve been posting up in Brooklyn for a few months now, still haven’t found a decent deli sandwich, where should I go? None of that open-faced artisan shit, I’m talking about man food. Umm…any deli? That’s a way too open question. There are like 1000 bodegas in Brooklyn and probably like half of them make a decent sandwich. The other half, however, make some disgusting shit. It’s NYC. There’s better food here per block than anywhere in america. From good sandwiches to actual restaurant food. If you can’t find good food here, you’re eating wrong.

This is totally hypothetical, but let’s just say that KRS-One has gone completely batshit crazy. He is obsessed with creating a new nation deemed the “Temple Of Hip-Hop” and plans on succeeding from the US. He has built an army of S1Ws and will use them to destroy anything that stands in his way. He begins to target rap artists everywhere that do not fit into his vision of the future. He has killed Missy Elliot in a fat-suit sumo wrestling match, sent air-to-ground missiles into one of Russell Simmons’ beach houses, and forced Cam’ron to dye his entire body pink. Now he is coming for you. He has kidnapped everyone close to you as ransom, and promises that bad things will happen if you do not complete a series of tests to prove your allegiance to Hip-Hop. You cannot explain your actions, and must hope to stay alive through each test.

1.) Ice Cube is throwing a back yard pool party. You must enter the party uninvited and take a dump in either the pool, the grill, or on top of a keg of beer. Which one do you choose? How do you escape?

2.) You must survive 4 rounds of boxing with Freddie Foxxx, Willie D, or Melle Mel. You get a weapon handicap, either a single nunchuck, 20 throwing stars, or a pugil stick (one of those American Gladiator q-tip looking things). Who do you fight, and which weapon do you choose?

3.) Stars have aligned and the Wu-Tang miraculously play a concert with all living members present. Before the concert has ended, you must steal at least one of their shoes right off their foot. It can be a Timberland boot, Wallaby or whatever whatever. Who’s shoe do you steal, and how do you escape?

First off, I’m a hip hop encyclopedia , my dude. I could pass pretty much any “hip hop” test. Secondly, I love the enthusiasm but sometimes these questions that read like 4 part thesis papers are a bit overwhelming. but , because it’s a funny question and creative, I shall proceed…
1)The pool is the obvious choice. Get in, drop the deuce, get out. Twenty years ago I’d worry about going to an Ice cube party in this situation cause I’d imagine my white ass would stick out. Luckily, in 2012, i’d probably just get mistaken for one of his lawyers or accountants and go completely unnoticed.
2) I’d fight Melle Mel cause he’s the oldest. He’s also one of those dudes who’s so diesel that I feel like he’s somewhat immobile. For a weapon, I’d use the nunchuck. Hopefully, I could just out run him and if he got too close I’d just hit his face with the nunchuck until he relented and then keep running. Four rounds is a long time though…it wouldn’t be easy.
3)The obvious choice is Reakwon as he’s the fattest and slowest of the bunch but I’m thinking I’d get slick and just offer Cappadonna like 200 bucks and he’d probably just sell me one of his shoes. I’m sure he could use the money.