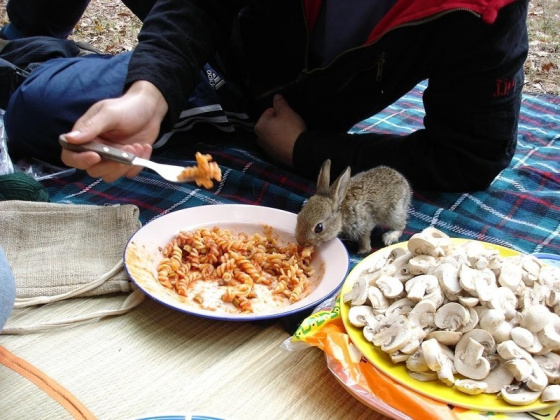 Whattup everyone,
Welcome to another edition of Answers for questions. I’m very happy with this weeks batch. Some fun questions that, while they won’t give you any insight to my musical process, they will cover an abundance of topics that I enjoy, like pooping, hot girls and NYC.
Anyway, if you have more questions, send them my way. My mail box is always open. Either leave them in the comments below or email me them at Phatfriendblog@gmail.com

Anyway, let’s get on with it…

Can you explain what’s up with people who say that all the best looking chicks aren’t really hot to them? For example, rap video vixens are some of the best looking girls out there (I know that photos of those models are photoshopped as fuck, but for the sake of the argument lets just assume they really look like that in real life) and I just can’t understand how someone might say “naaah, she’s disgusting, i would never hit it, hell no” and look at you like your taste in women is really weird. The same people are almost always dating some really average looking girl with a flat ass who usually can’t buy liquor without getting her ID checked. I mean, it’s not just a taste thing, they say it for any specific type of women, just anyone who is known as hot is sooooo not hot to them. Is it because they know they can never get someone like her and they just manipulate themself in not feeling attracted to these types? I still think that like 95% of these guys are just lying and I cant figure out why. How can you not say Rosa Acosta would get it the second she wanted to? Or just admit she is hot..

I’d like to blame this kinda thing on the internet, but it was going on before then. The thing is, all men have this thing we like call “preferences”. Sure, you and I might like a brown skinned girl with curves but , trust me when i say this, a huge chunk of men are grossed out by that exact type. I was once playing ball at the park with guy I knew well enough. This stick thin, blonde girl with no body at all and a fairly half assed face walked by and he stopped the game to ogle her. I was like “Her?”. The last thing that guy would want is some 5’3” video hoe with a fat ass. While i don’t agree with it, that’s just what he likes.
However, body types are very specific. The one thing that does bother me is when dudes will front on a beautiful face. I’d say, in most cases, a beautiful face is factual. beauty, when it comes down to it, is really about symmetry of the face. Pretty eyes are pretty eyes no matter who looks at them. Like, if a dude can look me in the eye and say “I dunno…I think Beyonce is kinda ugly” I immediately just think he’s racist. Or when a dude will be like “Megan fox? gross. She wears too much make up…”. Sure. She does over do it on the make up but who fucking cares? look at her perfect fucking face! I think some guys just front on certain girls to prove a point. It’s corny of them and I wish they’d stop cause that’s a point no one needs to hear. Basically, people need to learn to separate their personal ideals (A girl who wears too much make up, dresses a certain way, ect…) and just judge it on a purely animal level. Sure, everyone has got a type they prefer but when people start just blankly writing off obviously beautiful women it’s silly. Let’s not forget…we are just normal dudes. 99% of the time, the women we are judging wouldn’t fuck us if we were the last men on earth…so, complaining about Kate Uptons hip width or Natalie Portman’s flat chest is the worst kind of nitpicking. Basically, just cause a girl isn’t your type doesn’t mean she’s still not insanely hot. I don’t like Beets so you won’t ever hear me give detailed critique of a borsht.

i gotta question, you ever think about selling out or going commercial? im sure you dont actually have a number but is there an amount were youd seriously consider selling your soul? like if drake and nikki minaja wanted to remix insomnia olympics or music sceen with there vocals for a shit ton of cash would you do it. by the way the songs called “bang me onna stack” its gotta repetive screwed chourus and its about being so rich that you fuck on piles of money in stead of a bed.

The way I see it , there are two types of selling out.
1) is the “Black eyed peas” model , where you get famous by any means necessary. The art side of music is completely thrown into the toilet and you just do anything you can to make music to appeal to the lowest common denominator.
2)The perceived version of selling out that people outside of bubble (AKA people who don’t make music for a living) throw at artists when they do something that is not to their liking HOWEVER, they do technically still stick with their own personal style.

I’m incapable of doing the first type. I simply could not make good pop music. It’s not in my repertoire. However, the second version? I’d do it in a heartbeat. The way I look at it is , if some rich rapper wants to pay me a ton of money to do what I’m already doing, I’m not gonna turn it down. As long as it’s on my terms (like I can make the beat and that’s what they use) I don’t see a problem with it. Would it be my proudest moment? Not really. But i also wouldn’t feel like a sell out cause some person much richer and more famous than me felt I was talented/hot in the streets enough to use.
I feel like i’ve harped on this before but people often forget that , as musicians, this is how me make a living. I don’t want to get a day job. I’ve been lucky enough to not have one for almost a decade. But I’m far from rich and all musicians future in music is uncertain. Especially in 2013 where the idea of people buying albums is comical. Sometimes, we gotta do what we gotta do, as musicians, to support ourselves. Sure, there is a line of self respect (The black eyed pea line) that , i feel, you should never cross but there’s plenty of shit I would do that I’m sure my fans would view as “selling out”, when really, I would just be doing me and supporting myself while not compromising how my music is made.

Question: Would you enjoy pooping as much as you do if you had to do it in an outhouse or a Korea-style porcelain hole in the floor toilet? Also, how much would you enjoy this,

Obviously not. Part of the enjoyment of a good dump is that you get to just sit there and hang out with yourself. Lots of great thoughts have happened on the bowl. That means you want to be sitting, comfortable , alone and warm. So those 4 things are all ruined by those different types of toilets.
I’ve shit in an outhouse and it was a nightmare. I’m really not cut out for when the world ends and we have to start over again with no power. It was cold in there for sure but the worst part was , easily, the fact that I was shitting on top of other shit. I don’t care if it’s 5 feet below me. That shit resonates. You can smell it and almost convince yourself you can feel it’s warmth. Just terrible. It’s stuff like that that will make me turn down any invite ever to a old school cabin in the woods type vacation.
As for those Korean Toilets, if I’m standing while shitting, we’ve got problems. I simply don’t have interest in shitting in a yoga position.

hey block, ive heard anthony bourdain say he misses the old manhattan any chance he gets. is it really that different now? u really think gentrification is a bad thing. cuz i live across the street from abanded house, the shit holes been anbanded for over 3 years and i wouldnt mind knockin the fucker over for applebees.

for the record i feel applebees and MTV are the same thing on some level. you watching washington heights is like eating a cheese burger with bbq sauce and an onion ring on it. well im off to yoga and a localy owned book store the serves coffee.

Which animal is, in your humble opinion, the rapiest of them all? I figure that the obvious choice is the monkey, but I seem to recall having read somewhere that ducks are actually quite rapey

I can’t say I keep many tabs on the rapey-ness of animals. I mean, they’re animals…aren’t most of them pretty rapey? It’s not like they court each other, go on dates and the lady animal decides she’s ready to let the male animal mount her. They just kinda sidle up, smell each others assholes and go to town. If that happened in the human world, mad dudes would catch cases.

say that you were exiled from the united states, and had to go live in another country for the rest of your life. you can make up what ever reason you want. where would you move to and why?

I would probably move to Australia or Canada. Canada seems a little more logical cause it’s nearby and , if i did that, I would still be able to see family and friends on some level. I’d gladly live in Montreal or Toronto. I’m a fan of both those cities. In fact, I’d honestly rather live in them than most US cities.
With Australia, I’d probably go to Melbourne. I went there once and loved it, loved the people and just the overall vibe of the place. It just seems like a place i could live comfortably in.