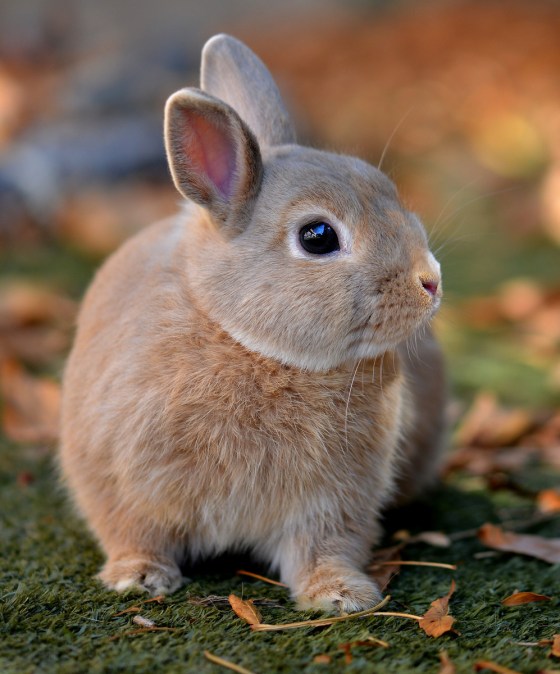 Freshly back from Europe. Feeling like a tired shell of a man but I shall proceed.
Thanks to all the people who came out to all those shows. I had a great time and there is something kinda special about being told “I read your blog!” in somewhat broken english that warms my heart. Not even joking. That shit is awesome.
Anyway, you know the drill. you send me questions, I answer them. If you have a question, feel free to send it my way. Email me at phatfriendblog@gmail.com or leave the question in the comments below. Go nuts.
Here are this weeks queries.

Blockhead, you seem to be an expert of all things TV related, so I think I need your advice. I am still rocking a TV from the early 90s. I’m talking about something that was not even top-of-the-line when Super Nintendo was around. The only things I have hooked up to it is a DVD player and an original X-Box. I watch a lot of movies and cable series now, so I really need to step up my TV game. What type of TV should I get? My only requirement, is it has to be something that I could carry myself, if I ever have to move it. I can afford anything that size, so price is sort of not an issue. Should I get LED or Plasma or LCD? What brands do you think are best?

This will blow the minds of the few people who would actually care about this kinda thing but, for all the TV I watch, I’m still rocking an old school boxy ass tv. Granted, it’s a good model and has a large screen but I’ve never owned a led, plasma or lcd tv in my life. To be honest, as great as things look in high definition, it’s really never been that big an issue to me. I can see things fine on my TV. It’s not like I just sit around watching nature specials all day…or porn (what’s what my computer’s for). Sure, HD sports looks better but it’s not like TV’s that aren’t HD are the equivalent to watching TV through a fog. I have plenty of friends with huge, hi-def flat screen Tv’s in their cribs and it simply never looks THAT much better to me. Keep in mind, I’m also epically lazy when it comes to buying new things (I’ve had the same sampler since the mid 90’s) and I probably need glasses but still, I’m the wrong person to ask about this regardless.

I have to ask, what’s the story behind the video for The Music Scene? Trippiest thing on the internet! So just wanted to know how it came about, were you involved in production and what you think of it?

I wish I could tell you some exciting story that adds to the lore of that video but I’m afraid the reality is much more sterile. Ninja Tune emailed me and asked if it would be cool if they commissioned an artist to make an animated video for that song. I said “sure” and totally forgot about it. In the past, I’ve never really given that much of a shit about my videos. Some were okay but I was never hands on in the making of them so they didn’t really resonate with me, as the guy making the music. Because of this, when they asked about the video, I was really didn’t put any thought into it or have high hopes.
Fast forward five months later, I get an email from my manager with a youtube link and “Have you seen this!??!” written above it. That was the first time I saw the video. I had completely forgotten it was in the works and I can honestly say I’ve never been more pleasantly surprised in my life.
I’d like to tell you that the artist and I collaborated and came up with the concept together but nope…it was all him. Outside of him incorporating some of the artwork from “The music Scene” album, he did everything. fucking amazing job though. All I did was make a song and he did the rest.

In the last 6 years I have moved from Columbus to France, back to Columbus. Then to Rochester, NY and I am now in Los Angeles. In 4 months time I am moving to Boston. All of these moves are partially professional and partially because of my relationship. In know you love the NYC.
1) Can you imagine any scenario where you would have to move every year or 18 months?
2) Would you be willing to move across the country on one or more occasions to support your gf?
3) Do you have an opinion of dudes who end up following their girlfriends all over the places or vice-versa?
4) I know it’s been a minute since you lived in Boston. Do you have any 10 to 15 year old advice for somebody heading to that town?

1)Never. Not ever ever ever. I’m tied into NYC by the facts that I own a house here and I don’t know how to drive a car. That latter fact limits me a lot , in terms of places I could function. But I like it that way.
2)I love my girl and this would never happen cause she’s never leaving NYC either but, again, the answer would be no. Partially for the reasons stated in answer #1 but also cause , if that were to happen, it just wouldn’t be meant to be. My life plan is living in NYC.
3)I mean, it’s really something that can only be judged situationally. If you work a profession that allows you to move all over and you don’t mind it, then it’s fine. If you’re constantly leaving a situation you like to appease someone else’s career while you’re floundering, then it’s not okay. Honestly, I wouldn’t wanna date someone who constantly needs to move but, hey , that’s me.
4)It’s been almost 20 years and I hated it back then. I’ve traveled a lot since then and realized, Boston isn’t that bad, it’s just not a “real” city. It’s a cute town. There’s good food there…that’s always nice. I’d say just get used to leaving bars at 1 am and those awful fucking accents. Aside from that, I’m sure it kicks the shit out of Rochester and Columbus, as far as quality of life goes.

What are you’re feelings on tattoos? Do you have any? I feel as if it has become more trendy within the past few years to get them. Also, do you find tattoos on women sexy?

I have no tattoos. I don’t think I’d ever get one. I’m just not that type of guy. I’m a very “take it as it is” kinda person so I’ve never felt the need to add on to my person. I don’t wear jewelry, pierces, watches or cologne. I just don’t need that extra shit. Also, the idea of something permanent on my body doesn’t sit well with me.
When i think to how dumb I was just five years earlier, the idea of the kinda shit i woulda had tatted on myself when i was in my early 20’s is chilling. I’d probably have a fucking Organized Konfusion tattoo on my arm or some shit. Speaking of which, if i can give any young tattoo curious people some sound advice, it would be to avoid all things musical. your taste will not be the same in 10 years. You will regret it. I promise you that.
As for my thoughts on tattoo’s, I dunno. Some are cool. Some are lame. Some people look like they were born to have them other look like they’re trying way too hard. I’d say more people fall into the latter category though. Especially recently as it seems like everyone is getting them. Like huge pussies are getting tattoo’s and that seems like it’s counter productive. The second Justin Beiber got a full sleave, Tattoo’s definitely somewhat jumped the shark.
I don’t think girls with tattoo’s are particularly sexy or unsexy. Depends on the girl. It’s rare I’ll find a tattoo on a girl amplifies her hotness though. If she’s hot, she’s hot. and if she’s plain, no tattoo is gonna make her look that much better to me. I’m not a fan of girls with full sleeves and crazy amount of tats all over though cause it makes me think they have stinky vaginas. I have no science connected to that theory at all, it’s just a vibe i get.

If you take off you’re hat, how much hair is there?
I dunno. I never weighed it. (See what i did there?)

Not to sound like a vinyl nerd but I really cant get behind buying anything but. It’s just so much a better experience having a large format that sounds superior with big artwork to look at. I will buy a CD if that’s the only format avaialble but I will avoid, at all costs, buying a digital only copy. It really me that you are only buying a liscense to play the music. A liscense with all sorts of limits and regualtions attached.Regulations that don’t benefit artists as much as the music providers.

What are your thoughts on people like me? Am I a spoiled music nerd that expects too much? I know vinyl is expensive and no one wants to be stuck with crates of unused merchandise but is it too much to ask for a least some limited release wax? Does it make me an entitled asshole to want something more than a limited license to download and transfer music in exchange for my hard earned money. I’ve spent thousands of dollars on music over the years and I will spend thousands more but I will not pay for a download.

I mean, yeah, you’re a bit of a spoiled music nerd with unrealistic ideals for music in 2013. That said, it’s not a bad thing to take music seriously and enjoy it in a fashion that generation before you used to. One of my biggest gripes with how music is consumed nowadays is that it’s all so fleeting. The days of taking an album home from the store, opening it, looking at the art work, and playing it while you read the liner notes are long gone and that’s unfortunate. I certainly felt closer to the albums and the artists due to that process and I feel it does make for a better feeling of the music in general.
So, I get it. It’s admirable to be that guy in 2013 , while most people’s idea of listening to an album is skimming the first 30 seconds of each song on spotify. But I think the problem with it is you can’t expect everyone (or anyone really) to feel the same way. So, basically, it’s cool that you do that and feel strongly about it but you also must understand that most artists don’t press vinyl for a reason…cause they lose money. I’ve noticed a shift in that lately , which is good, but it still doesn’t mean most artists are going to be doing vinyl runs of their albums. Also as a person who pretty much only listens to music via my IPOD, mp3’s can be your friends. You’re taking too strong a stance against something that isn’t harming anyone. After all, if you genuinely like music, who cares what form it comes in , as long as you can appreciate the music itself.

Leave a Reply to 907 Cancel reply