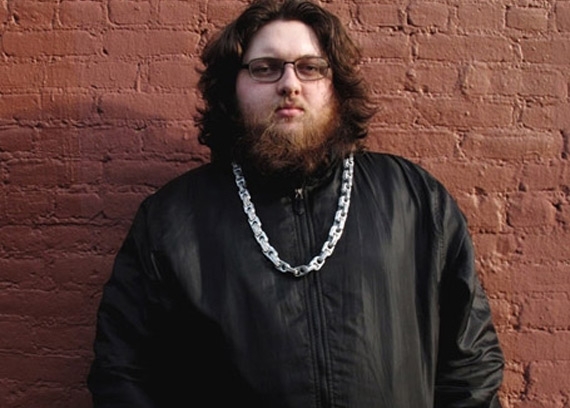 A reader suggested I check this guy out and I did. The name seemed so familiar. Upon going in and listening to a bunch of tracks, I realized I actually had heard him a while back, liked what I heard but totally never followed up on it. Turns out he had/has a record dropping on Stones Throw. Score another one for minimal promotion and poor word of mouth. I feel your pain, bro.
Anyway, Jon Wayne is another in a long line of good fat white rappers. I don’t know what it is about fat white guys (or gingers) but they seem to have a better success rate than your average skinny white guy. It’s probably a matter of there being SO many normal looking skinny white rappers that when a fat one or a ginger one pops up, they stand out.

He’s from L.a., makes his own beats (which are also really good and interesting) and has much more music out than I have listened to. But , just from snooping around his catalogue, I can tell he’s no novice at this. He strangely sounds kinda like Large professor…but maybe that’s just me. Whatever the case, peep some of his stuff and lemme know what you think:

Now, lemme know where you stand: