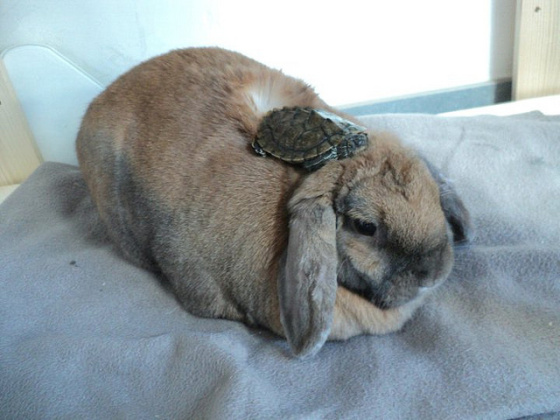 Sup people.
I write this to you from my bed. Hungover on a monday. Which is shameful. Why? Well, this bar I’ve been going to since I was a young’n is closing it’s doors for good tomorrow and I wanted one last good time romp there before it rode off into the sunset. So, I just wanna bid farewell to Max Fish and thank them for all the good times. Sure, they will be moving to Brooklyn and I’ll very likely end up back there but it’s a little sad to see the last bar in Manhattan I went to with any regularity close it’s doors.
ANNNNWAY…If you ahve questions that need an answer or you just have a burning curiosity about things, holler at me…send me questions to phatfriendblog@gmail.com or leave them in the comments below. Questions are answered on a first come, first served basis. All I ask is be interesting…On with the show.

I saw in your “Answers for questions 141” that someone asked you for more details on your Uncle Tony’s Coloring Book album. I have to say that I really liked your response, because it reminded me of how some people say that EL-P can’t make any “happy” sounding beats. What do you think of that kind of criticism towards EL-P? Do you ever feel like it’s unfair that your fans tend to judge what type of music that you put out, based on some of your previously released material? Would you say it’s similar to how at the time people weren’t feeling Kanye West’s “808s & Heartbreak” album, but now some of those same people praise it?

I’d like to think, as artists, what we are capable of and what we choose to create are two different things. I’m pretty sure, if he wanted, El-P could make a happy song. But that’s not what interests him so he chooses not to.
I think fans fall in love with certain aspects of artists and get rattled when those artists go outside those boundaries. I can’t tell you how many people I’ve met who will walk up to my face and be like “So, when you gonna make another “music by cavelight”?” It’s one of the more frustrating questions cause , for one, that album is 10 years old at this point and I made most of it in my early/mid 20’s. But, more importantly, I have no interest in making that album again. While it may be the fan favorite, it’s not my favorite. It’s simply some music I made a long time ago and have moved on from. So, as an artist, you kinda hope your fans grow with you and are able to decipher the directions you choose to take as time passes and your music evolves. Unfortunately, that’s pretty rare. It’s a catch 22 cause everyone wants you to make the same music and complains when you do something different but if I were to make the same album 5 times , people would complain about that too. So I , like many other people in music, just kinda make what I make for me and hope it works out. That’s pretty much the best we can do.

In a question aesop asked you around your jockiness nature on the 900bats site, you made it a point to say you’re not competitive except for ping pong.

Is this a true statement? Are you competitive when it comes to ping pong? Are you good at ping pong?

Just to clarify, Aesop thinks I’m a “Jock” cause I like playing basketball. It’s actually a little jokey battle we have. I call him a sci-fi/fantasy nerd and he calls me a jock but, in reality, neither of us are really those things. Though, let’s be honest, he loves wizards and warlocks way more than I love sports.
As for Ping Pong, I was once very good. I used to play all the time when I was in my teens and I got really nice at it but I haven’t played in years with any regularity and my game has lost it’s edge for sure. Also, I’m not saying I was good on like an olympic level. I was just a good casual ping pong player. Lots of spin. Playing me was like batting against a knuckleball pitcher.
As for the competitive part, I’d say of all the sports I’ve played with any regularity, Ping Pong is the one that has made me the most heated. I think that’s cause it’s one on one and there are no excuses. you can’t blame teammates or your opponent. If you win , you win and if you lose, you lose. It’s all very cut and dry and that leads to lots of frustration and shit talking when you’re playing it against friends you wanna destroy.

What is your favorite Kevin Smith movie?

Jay and silent bob is my favorite cause it’s just fucking ridiculous.
The only one I’ve never seen is “Jersey Girl” but i hear it’s next level bad.
As for the others:
Clerks-It was okay at the time but didn’t age very well
Mallrats-Highly watchable. Probably my second favorite movie of his
Dogma: I thought it sucked.
Clerks 2:Had a few funny moments but I have issues with low brow gross out type comedies who feel the need to get sappy and have ” a heart”. It kinda defeats the purpose.
Zack and miri: PRetty bad.
Red state: I enjoyed it. The dude who played the cult leader was incredible. I saw it a while ago but I vaguely remember having an issue with the ending…but I could be thinking of some other movie.

How left or right dominant is your entire body??? Get into detail with it – how right or left handed you are in respect to writing, daily tasks, making music… Also, how right or left sided you are with sports like basketball or physical activities where you use and position your legs a lot, like skateboarding or snowboarding.

Such a specific, odd question, I know. But I’m very interested in the unusual interaction between left and right brain activity, especially with creative types (aka lateralization of brain function). In my opinion, modern psychology has a loooong way to go with this concept (I’m no scientist). Thank you!

I’m a righty. I do pretty much everything with my right hand/arm. I mean, I’m not a cripple so I can type and cut food with my left but anything that takes extra coordination is done with my right. As for sports, same thing. The only thing I’ve noticed with my left is that I tend to block shots with it in basketball. Other than that, I can dribble a little with my left but my left handed lay up is atrocious.

have you ever found a vocal sample that works perfectly in one of your songs but you couldn’t bring yourself to use it because the lyrics were stupid?

Sure. In fact, the most asked about sample I’ve ever used is an example of that. tHe screeching vocal sample on “insomniac olympics”.

People ask me what it’s saying all the time and, to be honest, I have no clue. What I do know is that, when I made it, the words either just didn’t make sense in the context of the song or they were dumb so I sped it up, put an effect on it and made the words undistinguishable. I often do similar things with vocals sung in a foreign language. Cause I don’t know what they’resaying, I’ll fuck with it in some way to make it not matter. basically, I’ll try to use the voice like I would a horn riff.

So I understand you are a huge fan of music, which is a passion I also share. How do you feel about jam bands and improvisational music in general? Is there anything wrong with taking a few days vacation to do nothing but hang with stinky Phish heads and listen to some groovy jams? Let me know your opinion.

There is nothing wrong with it for other people with free will but i’d be hard pressed to find a scene I have less interest in being involved in. Not only am I kinda worn out on live shows in general but jam bands are pretty much not even on my radar. I don’t really do drugs much and I hate camping. I also was never a fan of phish or the dead so any new ones popping up aren’t gonna change that.
It’s simply not for me. So much so that I don’t really get it on any level. I’ve heard a lot of the kinds of music and the draw of it escapes me. It’s a bunch of noodling on guitars while songs go on for like 25 minutes. Honestly, that might be one of the rooms in hell for me. The Jam band room.

So, you seem like the type of guy to not really care about how he dresses. Granted, you have the decency to wear closed-toed shoes and actual pants, but beyond that, it’s pretty much whatever you feel like.

What if that just magically changed and you turned into someone who always wants to look their best by buying high-end expensive clothes?

Seeing as how your girlfriend is in the fashion business, what would she think of this?

I am a simple man and man of comfort. T-shirt, jeans/dickies and sneakers. That’s what I like. THat’s all I ever wear and I can’t see that changing any time soon. My Girl would love if I become a guy who dressed like a fancy lady boy but she also doesn’t hate how I dress. As long as I’m neat, she’s okay with it. Sure, if I gave her free reign and a credit card to take me shopping, after her head was done exploding, she’d buy a wardrobe of awful sweaters and pants that not self respecting man should ever wear and button up shirts that are as uncomfortable as they are feminine. But, at this point we’ve reached a happy medium. I dress how i dress and every now and then I’ll happen to buy a new article of clothing that she likes.
The irony of it all is that, while she’s all fashion forward, every now and then she’ll wear some crazy shit that makes her look like Mrs. Roper on a nature retreat and I’ll clown her endlessly about it.
Oh, so to answer your question, she’d fucking love it. Obviously.