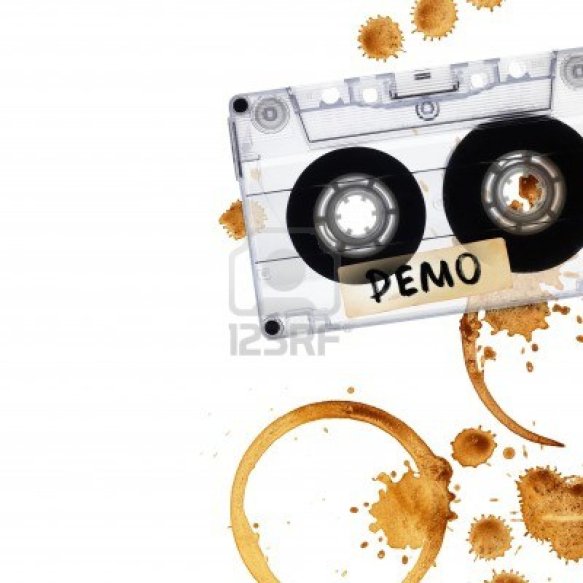 It’s once again time for Demo reviews. you send them in with hopes of me not shitting on them and I hope I don’t have to. That’s how this works.
Last week was submission week so, if you missed it, better luck next time! The doors are now closed for that. So, please don’t send me any demos. Thanks in advance for that.
If you’re new to this column, the reviews go as so: I do a little write up and then rate the demos on a scale of 1-10 in these categories:
Production
Vocals
Listenability
Originality
Full disclosure, the number ratings don’t mean much. If I give anything above a 5.5, that usually means it’s pretty good. That’s all you need to know. But, typically, the number ratings are pretty arbitrary. I just do them cause people like to simplify how they are critiqued into number values.
Anyway, here’s this weeks batch. a few good ones this week…I hope that’s a trend that keeps up.

Pretty good. It’s well produced, well mixed and the song is put together nicely. The rapper is solid too. Kinda reminds me of J-zone a little. At least in his voice.

Nothing really negative to say about this. I mean, both the beats and rhymes aren’t blowing me away but it’s simply a very solid song, front to back.
Production:6.5 out of 10
Vocals: 6 out of 10
Listenability: 6.5 out of 10
Originality:5 out of 10

Not quite sure what’s going on in this one. It’s certainly strange. Sounds more like some music that would make a really good score for a david Fincher film. But, it’s just kinda pulsating noise outside of that. It’s not bad for what it is…I just have no idea what to do with it.
Production:4.5 out of 10
Vocals:N/A
Listenability:2.5 out of 10
Originality:5.5 out of 10

This is an example of a beat had a cool starting point but everything added to it feels forced and doesn’t translate well. From the weird, unintelligible vocal sample to the clunky beat change. it just doesn’t work with any fluidity. I like the singing loop and that had promise but the end result was just kinda muddled.
Production:3.5 out of 10
Vocals:n/a
Listenability:4 out of 10
Originality:4 out of 10

Am I crazy or does the rapper use a lot of Aesop phrases? Dunno…maybe I’m bugging.
I’m not crazy about the whole “flipping the vocal pitch” effect thing. It can work with the right voice but this is not one of them. Yes, the dreaded “white voice” curse does rear it’s ugly head on this song. I’m afraid that’s just how the cookie crumbles. That said, he can rap well with what he’s got. It’s not the type of shit I feel like listening to in 2013 , but it’s not bad. The beat is well made and mixed but pretty forgettable beyond that. Still, points for it being refined.
Production:5 out of 10
Vocals: 4.5 out of 10
Listenability:4.5 out of 10
Originality:5 out of 10

This is some drugged out shit right here. Kinda reminds me of a cleaner Young Zee.

This is one of those cases of the overall product being greater than it’s parts. I like the rapper. Dope voice. Good presence. The lyrics aren’t anything special but they fit the songs very well. The beat is also pretty simple but it works well in this context. Beyond anything, this song does a nice job of being relevant to today’s sound while also kinda being a decent throwback to underground raps heyday.
Production:4.5 out of 10
Vocals:6.5 out of 10
Listenability: 6.5 out of 10
Originality: 5 out of 10

This is very…well…average. It’s not bad or poorly made it’s just pretty boring in general. Even though the song progresses and changes it still never feels like it goes anywhere interesting. I’m also not a fan of the particular rhodes (I think it’s a rhodes?) sound that’s the main sound of this song. It reminds me of early 90’s Soul II soul shit that I hated.
Production:5 out of 10
Vocals:n/a
Listenability:4 out of 10
Originality:3 out of 10

I like the sample parts of the beat. The drums are a bit whatever but it doesn’t take away from overall product. More than anything, this just sounds kinda dated. The rapping is barely adequate and boring. They really have nothing to say and the only thing keeping them in the game is that the beat is very listenable. The song structure is good though , so there is that.
Production:5 out of 10
Vocals:3 out of 10
Listenability:5 out of 10
Originality:2.5 out of 10

This goes in a lot of directions but manages to be kinda aimless. I had trouble finding exactly what the drum track was doing until the kicks came in due to the samples sounding off beat. There is a strong vibe of forced sodomy to this song. I don’t mean that it sounds like gay sex. I just feel it could soundtrack a prison rape. Outside of that, It’s got some cool elements and it certainly has defined mood to it (prison rapey).
Production: 4.5 out of 10
Vocals:N/a
Listenability:4 out of 10
Originality:4 out of 10

Artist: Mattinson
Song: For a lady

This is a pretty dope beat. It’s fairly simple but the samples and drums are all tight and work very well together. Not to harp on something I always do but this would be awesome with a rapper on it. That aside, it does stand alone well enough. Good job.
Production:6 out of 10
Vocals: N/a
Listenability:6.5 out of 10
Originality:3.5 out of 10

Artist:Robert Lux
Song: I feel New (Feat. Charlotte sometimes)
https://soundcloud.com/bodyrock/i-feel-new-feat-charlotte/s-cvTPi
Dude, please…make your soundcloud page capable of embedding. I don’t get why a person wouldn’t…anyway…
This is some european shit. Even if it isn’t made by a european, it still is. Just listening to it, I’m envisioning wierdly offbeat dancing in a smokey club somewhere in bratislava. That said, it’s perfectly good for what it is. The singer is cute and works well over the track and the track itself is solid. This simply isn’t in the wheelhouse of shit I’d ever listen to so it’s kinda hard for me to review.

Production:5 out of 10
Vocals:5 out of 10
Listenability:3 out of 10 (for me personally but it’s fairly listenable in general)
Originality:4 out of 10

So, what do you think?