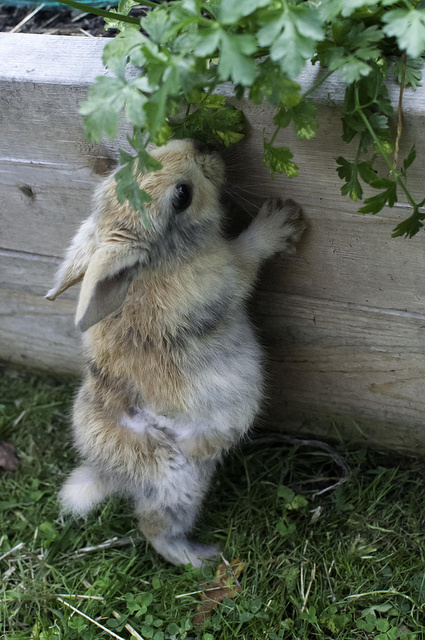 What up everyone?
Another week and more questions. Just like I planned it. Hey if you’re in Seattle, I’m playing a show there this wednesday at the Showbox with Wax Tailor and Little People. Come through!
Anyway, I always need new questions…this is where you help me. Send me stuff…anything. Get creative. Either leave the questions in the comment section below or email them to me at phatfriendblog@gmail.com.

This week first question got skipped to the head of the queue as I feel no one will remember the issue if I let it sit for a few weeks. Also, it’s kind of a hot button topic…from last week.

where do you stand on the Mister Cee scandal?

For those who might not know, Mr. Cee is a highly respected and beloved hip hop dj. He was Big Daddy Kane’s Dj and even played a part in the discovery of Biggie. He’s also , in the last few years, had continual problem with getting arrested for soliciting blow jobs from transexuals. My stats could be off but I think he’s got knocked for this like three times in the past year or so.
He recently went on the radio and had a lengthy and highly awkward discussion about it.

So,what do I think? Well, I got a few thoughts.
First and foremost, He can do whatever he wants with his body. He likes getting head from men who vaguely look like women, I have no problem with that. People like what they like. I’m not gonna judge the dude on that kinda thing BUT I will say that he’s kind of an idiot in how he did/does it. There are plenty of ways to go about procuring a wet transexual mouth without having to put yourself out there in public over and over again. I mean, does Mr. Cee not know about the internet? The “C” clearly doesn’t stand for “Craig’s list”. Fuck that…does he not know about the back of village voice? Any new yorker knows that the back pages of the Village Voice are full of escort adds. Transexuals included.
My thought is that part of the excitement for him is the risk. It’s kinda like when celebrities have been caught jerking off to porn in movie theaters. Sure they could play it safe and jerk off to porn alone in their homes like the rest of us…but nooooooo. They need to rush of doing it in public. The possibility of being caught is part of the excitement…until you get caught.
The interview is rough cause you’re basically listening to a man who might very well be coming to terms with his sexuality. A sexuality he doesn’t even seem to have a firm grasp on. He says he’s not gay. He certainly had a history of being a dude who slept with many women, for whatever that’s worth. But you can hear the doubt in his voice. I don’t blame him for not just jumping out an admitting something cause, for one, hip hop has never been that gay friendly. Sure, it’s come a long way and Macklemore made that song but there still is issues with it, Worse than that, Cee is west indian and gayness is generally frowned upon in that culture. So, I get his reservations about fully just owning up to his true feelings. But, when it comes down to it, Cee is AT LEAST Bisexual. The argument for him only liking transexuals cause they’re at least feminine could be made but, as a guy who grew up in the west village surrounded by transexuals, let’s not get ahead of ourselves. Yes, some (VERY FEW) are convincing looking but the majority of them look like dudes. And the ones Cee has been caught with sure as hell did too. My thoughts/non-sanctioned medical opinion are that, while this is his fetish, it is also his brain trying to tell him something that he’s not trying to hear.
All that said, the fact remains, the dude is a legend and none of this should have any effect on anyone’s opinion of his legacy. Where you stick your dick is your own business and no one should have their career ruined over it (unless it’s inside kids cause then, you know, you’re a fucking piece of shit).

I’ve got a question for you. A man appears at your front door and offers you 1 of 2 pills. The first pill gives you the ability to eat what ever you want whenever you want and you’ll maintain a ripped body but you can also never have sex or be in a relationship. The second pill gives you and one person of your choice the ability of eternal life (yous will never die even if yous wish to end it). And don’t refuse the pills. You said your low on questions so I’m trying to help out haha

Kinda depends on one thing.
I’d take the second pill without question if my aging process stopped with it. Staying the same ago would be crucial to that cause no one needs to live well into their 500’s. Can you imagine what a 500 year old would look like? Take your grandma, multiply that by 6 and remove all her bones. If that’s the case, I’d take the ripped and lonely pill.
The buff pill seems kinda pointless. Oh great, I’m super ripped but I can’t have sex or be with anyone. What’s the perk there? Jerking off to myself in the mirror? Though the idea of eating whatever I want forever is EXTREMELY tempting.

Do you think growing up in New York expanding your taste women? Or that someone’s taste in just imprinted within them? Nature vs. nurture shit. Just curious because I grew up in a fairly diverse area and where I live now for work, a lot of people that I’ve met are blown away that I’m ever attracted to black guys being a white woman. Maybe this is just the people I’ve met, maybe it’s just a “southern” thing. I know you’ve said your girl is a mix of things and that you’ve expressed sexual interest in woman of many races in FMK. Or maybe you’ve just always had better luck with non-white girls? I know this is a weird question but nature vs. nurture topics interest me.

I think nurture comes into play heavily with this thing. I don’t think anyone is wired to not be attracted to all races but you are generally going to be attracted to what’s around you. In a city like NYC, there are literally every type of girl imaginable. And not just that, the hottest ones from all those races come here and breed. So it was real easy to find myself attracted to all different types of women.
When I was in high school, I was obsessed with Puerto Rican girls. They couldn’t give a shit about me but that was my focus. I wasn’t alone in that either as most dudes I knew felt the same way. While the urgency to date a puerto rican has waned over the years (The older I’ve gotten, the less distinct my taste has gotten), there still is an ideal girl in my mind that is a short, curvy, tan girl. I gotta think that’s left over from my more formative years growing up in the city.

What Pitchfork hyped-up band would you most likely kill with a pitchfork?

Oh, I have no idea. I don’t read pitchfork. Not cause I dislike that site but more cause I don’t tend to listen to the kind of music they care about. I’m not an indie rock guy.
I did just see they gave Drake an 8.6 and, though I haven’t heard the album, I’m fairly confidant it is not an 8.6/10.
I dunno if he deserves a pitchfork to the chest though. Perhaps death by poutine would be more fitting.

after watching “the search for sugar man” on netflix yesterday, obviously i went and downloaded his music immediately and got a chance to organize it today. come to find out i have a rodriguez song in my library already, and i knew it could only be your old song of the day that gave me that. my question is, how did you come across this music, since according to the documentary its basically completely unknown in the US? dollar bin perhaps?

I happened upon his album “Cold fact” maybe 7 or 8 years ago. I was on a downloading spree in search of samples and that just happened to be one of the albums I snatched up randomly. Typically, when I get a shitload of new music to sample, I go through it in a very organized fashion. I listen to each song (At least a little of each song) and , if there’s something redeemable about it, I throw it in a playlist with a note saying what instrument it is. In general, it’s a tedious process that involves me listening to tons of shitty music while I look for that one sound. Every now and then, I’ll come across something that jumps out at me as beyond just sample fodder. Actual good music. This has happened maybe 5 or 6 times in my life. In the case of Rodriguez, it was the opening track “Sugar man” that got my attention.

It wasn’t the music to much as the voice. I love a cool singing voice and his just hit my ears in a perfect way. I skimmed through the album and realized it was almost all pretty awesome and threw it in a playlist of music I actually listen to.

maybe it’s been asked but how do you stay in shape? I know you still ball but I have noticed that since I passed 30 shit is harder . Do you follow anything?

First off, “staying in shape” is a relative idea. I’m “in shape” in the sense that I’m able to play sports and be active but it’s not like I’m in amazing shape. I’m not trying to go to the beach and take shirtless pics any time soon. I’m okay. I’m alway hovering around 200 pounds , which is okay for a dude my size, but I’m a couple thousand chin ups away from actually being in great shape.
So, while I can’t tell you any fitness tips, I can tell you how to maintain and look at least presentable.
1)Exercise.
I play ball 3 times a week. I used to go to the gym and do some weights and run but that shit bores the fuck out of me.
2)Try to eat well
This is hard for me cause food is pretty much my favorite thing on earth. But , as you get older, you gotta get a grip on that shit. Chill with the fried food on a regular basis. Don’t ever eat fast food. Don’t eat before you go to bed. I’m bad at this all but it is always on my mind so, in a way, that’s often enough to keep my piggy desires at bay enough and ensure I don’t start looking like every over 35 hip hop dj ever.
3)Don’t drink/smoke weed all the time.
It’s amazing how much weight I lose when i just don’t drink for a few weeks. I think part of that is that , when I drink, I end up having that 4:30 am meal and the next day is a total wash. Getting drunk, for me at least, leads to a chain reaction of bad eating choices for the next three meals. As for weed, I don’t smoke it anymore but it does make food taste even better. My fattest years on earth were my weed smoking years.

The basic rules for staying in shape are to not be a lazy, slovenly sack of crap. If you can do that, you’ll be okay.