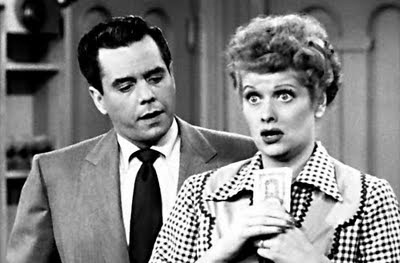 All respect due to comedian Anthony Jeselnik, as this whole thing is a bit from his show, but I got my reasons.
Everyday, I tweet dumb shit. It’s what I do. It’s never serious and usually based on something I noticed in a flash and just blurted out. After all, Tweets are your brains wet farts in 140 characters or less. The thing is, I make the mistake of thinking everyone understands this. I’m not some politician making important statements. Nothing I say on twitter REALLY matters. Not even to me. So, while there is a bit of truth to everything I say, it’s also generally tongue in cheek with a knowing sense hyperbole and me knowingly saying “I’m being an idiot right now”. I say all this cause , a few times a week , I end up arguing over some nonsensical tweet I wrote with someone on the internet. While it often is on twitter itself, 9/10 times, it’s on Facebook (My tweets automatically post on my artist page). People on Facebook, I love you but you are also some of the most humorless, over reacting douche bags on the planet. It’s as if some of you sit by your computer in the morning , with a hot cup of coffee, and just scroll the internet looking for shit to get upset about. Well, the good news is, it’s the internet. Finding upsetting things is pretty easy. I suggest googling “Krokodil” or perhaps “Animal torture” if you’re really feeling that desire. However, my tweets? At their worst, they should be treated like mosquito in the forest. Swat them away and keep it moving.
So, with all that in mind, I figured it might be fun to post some tweets I’ve done and explain myself. Give a little background on the origin of those tweets and, perhaps, give some of you sour patch ass facebook people a look inside to what goes into these tweets that cause you to write stupid shit like “Why aren’t you making music right now?!?!?!” or “#firstworldproblems”. Speaking of which, those two comments are the worst and, if you’ve made them to anyone , you should be ashamed of yourself. It’s 2013 , people, lets at least be original with our complaints.
But I digress, allow me to defend my tweets.

Like most tweets of mine, this one began on my couch, watching TV, with my laptop sitting in my lap, killing all my sperm slowly but surely. I was watching the new Britney Spears video. It got me thinking about that thing where pop stars hit that certain point (or “age”) in their career where they must choose a path. While some may stay the course and just keep churning out the same crap they have since they were teens, some realize “Hey, I got a fan base here that will be with me till I die…lemme ride with that.” That fan base? The GLBT community. Well, not so much the lesbians but still. But if you replace them with drag queens , it’s perfect. While fickle teen fans come and go and follow different trends, the gays got your back. They are loyal like a motherfucker. I think a lot of artists see what Lady Gaga has done and , all of sudden, a light bulb goes off and they embrace that they could in fact be the Cher of the future. Britney has realized it. Even Christina Aguilera. Madonna BEEN doing it but she also tries really hard to stay current by doing awful dubstep songs and making trap music. Rest assured, when the smoke clears, no 15 year old girl is trying to listen to a 55 year old mom tell them how to dance. Her gay fanbase though? Will be vogueing with her to the grave.
Now, the humor of this for me is the idea of shifting your energy from making music for teenaged girl (and masturbating boys) to hardcore dance party gays. Well, really, the humor is how close in taste these two groups are. It’s like a chromosome away, musically. All it takes to switch over is to make the songs all about the dancing and , when you make your video, look “fierce” in it. I’m pretty sure “Fierce” means caking your grill with enough make up to kill a dozen experiment monkeys.

I wrote this yesterday and it dawned on me during a cab ride. I was in Pittsburgh and the cabbie was a white dude from Pitt, in his late 30’s. He had the thick accent, wore sunglasses during the day (while driving) and loved him some sports. That’s fine, as I can speak that language if needed. However, something I’ve noticed, and it’s very particular to places where lots of fat people eat mostly fried foods, is that I often come across Hockey fans who show a noticeable recoil of disgust when you bring up basketball to them. This cabbie was going on about his fantasy football league and I told him I play in a fantasy Basketball league. The entire tone of the ride changed. “Oh…basketball? I might play it but I’m not watching all that…” he responded , as it felt like he was sucking his teeth to keep from dropping an N-bomb on me. He told me that hockey was his #1 sport of choice and I told him that, while NYC has teams, it’s not exactly something we play so it was never a sport I could get into. He clearly wasn’t giving a shit about that but jumped right back into how basketball is a bunch of whiny rich “guys” with no respect.(side note: SPORTS is a bunch of whiny rich guys with no respect. Not just the black ones with the fancy suits) This motherfucker even said he used to like it back when Bird was playing but gave up after that. Damn son. The thing is, this visceral reaction to basketball from Hockey fans is something I’ve seen countless times. And , much like a dude who categorically hates all soul music, I can’t help but think there is some throbbing racism tucked away in their hearts.

Now, cause I posted this on Facebook, I had to clarify that “No, not all hockey fans are racist” cause, you know, clearly that’s not what I meant, right? People love dealing in extremes. My only regret is that I didn’t write “SOME Hardcore hockey fans” cause that little word can often be the difference between an argument and someone letting it go cause “Maybe he’s not talking about me!”

Admittedly, this is me trolling. While I do totally believe that dudes with foot fetishes are weird, what i know to be even more true is that dudes with foot fetishes are EXTREMELY sensitive about their fetish. and ,to me, that is HILARIOUSSSSS. The idea of getting so worked up over something like that is amazing and , really, adding gas to the flame is always a good time. I wrote a piece on this blog a year or two back about how no men should ever wear open toed shoes in an urban setting. The result was feedback like I had just called jesus a faggot in church. Seriously, to this day I still get comments on that post from angry men who love their toes. So, when I wrote this one, I definitely had those fucking losers in mind.
Now, the problem here is explaining to people that, while I think they’re creeps, it’s also not my job to tell people what they can and cannot do. If you can only achieve an orgasm via a foot job and it’s not hurting anyone, go for it. You are entitled to live your life the way you like and if you can find a like-minded soul willing to lube up their foot arches for some good old-fashioned love making, more power to you. But, at the same time, I’m allowed to think it’s funny and creepy that you fuck feet..Or that you simply google actresses feet and stare at them longingly. Both these behaviors are “fine” but that doesn’t mean I am not allowed to find humor in them. Sorry. I do. It’s feet. There is nothing sexual about them (to me). At best, you should not be grossed out by them. That’s like being attracted to knee caps. Why? how? But, only god can judge us, right? still, I’m pretty sure god is not busting nuts to shots of Malin Ackerman’s toes uncomfortably stuffed into 6 inch heels. (god probably is more of a POV kinda guy, right?)
Side note: a good sign that you’re into something that might be creepy is if ONLY men are into that thing. Men, by and large, are low lives like that. While I’m sure they exist, I am yet to come across the female foot fetishist. Cue people leaving contrarian comments about the girl they dated who loved sucking their toes.

It’s impossible to make a joke online about a topic like this without opening the flood gates for people to be like “I know you’re joking but lemme hip you to the realities of the situation” what follows is a dissertation written in my facebook comments about the health care system. Truth be told, I pretty much always skip those comments. Not cause I don’t care but cause…well…nah, it’s cause I don’t care. I’m sure valid points are made but I just don’t have time to read some shit of depth responding to my obviously dumb joke/comment. If i wanted a dialogue on any serious topic, I’d approach it seriously. Which i never do…so, you know, maybe that’s telling you guys something.
The origin on this one came from me feeling under the weather. I do have health insurance but , still, I’m not trying to go to the doctor unless I absolutely have to. Because of this mind-set, I live by the “Eh, let’s wait and see if it goes away” code. That particular week, I had a sore throat. With my health history, that could mean I just have a sore throat, of I have Strep for the 4th time. I had this tour coming up and really didn’t want to be sick while i was on the road so I strongly considered going to doctor to get it checked out. However, in the end, I opted to just wait and see. Luckily for me, it wasn’t anything and I felt better 3 days later. But, it got me thinking about how many people must do the same shit as me, without health insurance…and how often that must go terribly wrong. Thus the “80% mortality rate” part. This one was a little bleak , but still, not THAT serious. My Facebook comments read like a fucking medical journal written by hippies. Just kidding, I love you guyzzzzzz.

17 thoughts on “Defending my tweets”