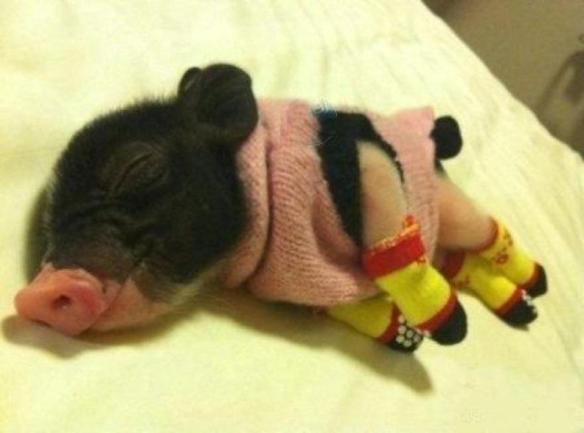 What up, duke. Time for another installment of “answers for questions”.
You sent them, I answered them. It’s a simple process. In fact, a process you should take part in! Send me questions, the stranger the better…or if you need advice on anything…send me that too.
Either leave them in the comments below or email them to me at:
Phatfriendblog@gmail.com
It’s all anonymous so don’t hold back. It’ll be our little secret.
Anyway, here’s this weeks batch.

In the hypothetical scenario that you’re single, would you date a woman if you knew she had a past of some kind of psychiatric issues? She’s got in under control now. Also, rate these issues from easiest to deal with to deal breaker: Depression, Bi-polar disorder, OCD, Binge eater, Anorexic, drug addict, used to be a man.

We’ve all got our issues and problems but I’d be careful about dating someone with any serious former psychiatric issues. Mostly cause I know that shit would be a huge issue for me down the line. I’m a man who tries to work through life using logic and level headedness. Certain mental maladies make that lifestyle impossible. Try telling a depressed person to cheer up. Try telling a bi-polar person to calm down. It simply doesn’t work like that. So, ideally, I’d rather not date someone with any of these issues. At least not someone who has them in a major way. After all, I think we all have shades of these qualities within us. I certainly have a few of my own.
As for ordering them from easiest to deal breaker:

OCD- The spectrum of this is so broad it’s hard to say but I feel like I’m a little OCD at times so I can relate. While I wouldn’t wanna date someone who needs to count all the toothpicks I dropped on the floor, I could deal with someone who is just hyper organized and bites their nails a lot.

Depression- I’ve definitely dealt with this before with girls I’ve dated and friends. In fact, maybe its just me , but the majority of ex girlfriends I’ve had have eventually shown themselves to be depressed. Maybe I just have the magic touch!
But, on the real, It’s difficult. Especially when you’re not depressed. you become a lightning rod for their depression. It’s also hard to understand what goes though the mind of a depressed person when your brain doesn’t work like that. It’s simply not relatable. It’s like me trying to understand what a girl feels like when she has her period by relating it to being tapped in the balls.
That said, in many cases, people can come out of it.

The rest are probably deal breakers for me…

drug addict- Assuming they’re clean, then sure but i’d be wary the whole time. So that would be nerve wracking. If they’re still on the drugs though…that’s a huge deal breaker. I don’t have time for that shit. I’m not a drug guy so I have no patience for dealing with coked out people or opiate addicts. I’ve hooked up with these types and I wanted to leave the room halfway into it. Not my scene.

binge eating/anorexia- I mean, these are less destructive to people around them but it would be hard to watch a person do either of these things to themselves. Also, I’m not really trying to date a super skinny girl or a fatty so that’s another issue.

Bi-polar: This is where my tendency toward logic and level headedness are an issue. Bi-polar people are just too all over the place. The highs. The lows. Much like dealing with depressed people, you become a lightening rod for them…but depending on their mood, that can be great or awful. It could mean you’re dealing with an excitable happy person or the angriest most foul mood having human on earth. That kind of inconsistency just wouldn’t work for me in a relationship.

Used to be a man- Come on, bro (not literally). That’s just a no fly zone for me. I don’t care how good the doctors work is. I’ve got no issue with people doing it, if that’s what their heart desires as as humans, we have the rights to do whatever we want with our bodies…but, in my eyes, it’s the opposite of that billy Joel song “You’re always a woman to me”. I’ll call him “her” out of politeness but, to me, you’ll always be a dude on some level.

Do you do some songwriting in Ableton and go to the studio just for final touches? or you do the whole album in the studio?
Do you mix or do any filtering or effects or EQing on your own either in Ableton or with the ASR? Or you do all mixing/effects in the studio? You do them yourself or is that what engineers do? Do you bring both the ASR-10 and the laptop to the studio? or just 1 or the other?

Gotta say, there are few things more boring to me than technical questions. I realize that may not be so to the readers out there, understandably, but for me? It’s the worst. PArtially cause I’m not a tech savvy guy. I use the same equipment I’ve used for years and barely know how to use that equipment. So when I answer these types of questions, I feel as though I’m inevitably letting the person who asked down. But, beggars can’t be choosers so I shall proceed…
Anyway, to answer the question.
I make the beats on my sampler and abelton. I pretty much get them where I want them to be, sequence and effect wise, and then go mix them in a studio. Unless it’s a remix or something else, in which case I’ll just mix it at home directly off abelton.
In general, most of the filters, effects etc I use are on abelton. Though, there are times when I’ll use Protool plug ins. But that’s really only if I’m mixing an album or a serious project with an engineer.
When I go to the studio, I only bring my laptop. I dump all the parts and sounds onto abelton before I go. I used to bring my ASR-10 to studios but it’s completely unnecessary nowadays so I save myself the trouble of carrying that 80 pound behemoth anywhere.

You’ve been lucky to have a music career for a couple decades now, do you ever reflect on old interviews? Like, do you ever think, “Man, I sounded like a pompous ass” or something along those lines, or do you think you’ve been fairly level headed throughout your entire career? For the record, I’m not saying you sounded like a pompous asshole (in all honestly, I haven’t seen/read any interviews from you further back than 5 years) but I ask 1: because I’m a writer by trade and I look back on some of my old work and can see personal growth, and 2: I recently came across an old Aesop interview from 2000, on Pinterest of all places, and thought his interview style came across different from how he talks now.

I’ve been pretty straight forward my entire career. In fact, i’d say I’ve gone out of my way to demystify the whole concept of this elusive, deep, artist. From early on, as a solo artist, I was painted by the press in that way and it didn’t sit well will me. I’m a silly and ultimately normal person who happens to make emotional music. I can’t tell you why. That’s just how it is. But , with interviews and the press, they always need an angle. So, for me, it was this dark mystery man in the shadows and I could further from that guy if I tried. I’m a snarky guy who watches TV and plays sports. I like Porn. I love music but mostly rap. More than anything though, I don’t really take much seriously. ESPECIALLY the music business cause it’s a joke. That kinda personality doesn’t translate well for journalists trying to write about the kind of music I make.
So, from the jump, I’ve been just trying to be normal me in interviews. The only thing that’s changed over the years is how you answer certain questions. You sort of learn the ropes as you go along. My interview taking technique has become more refined. Meaning, I still shoot from the hip but I’m more careful about who I shoot at. I used to sound off about anything and anybody. Probably cause I was young and just happy to have a platform to do so. Nowadays, I use this blog for that…but not interviews. To be honest, 85% of interviews you do as an artist are fluff bullshit. You’re lucky if the person interviewing you has an even basic idea of your music and background. I used to try and make each one a little interesting but , sadly, they’re not built to be that way. They’re built for stock answers that no one could possibly care about. Like “What inspires you!?!?”. That’s the dumbest question one earth to me. It’s the “tell me about the dream you had last night” of music interview questions.

Here’s another aesop question for you. Can’t imagine something like this hasn’t previously been asked but whatever, i’ll ask anyway. Obviously aes has a very cryptic lyrical style which is part of what makes him so interesting to listen to. And obviously you know him better than most of his listeners. Question is do you ever have trouble deciphering any of his rhymes? I imagine a lot of what he writes is pretty personal stuff, so are there ever any times where you have absolutely no idea what he’s referencing, or has knowing him so well made it easier for you to understand where he’s coming from on most verses?

I’m a listener just like you. There are plenty of times I have no idea what he’s talking about. The same way, as time passes, a lot of things start to make sense. I think the only difference between me and a typical Aesop fan is that I know him well enough to know that, with everything he says, there is a purpose. It may not be for you and me to understand but it’s there for a reason. Sometimes it can be a deeper meaning, other times it’s more about the wordplay and stream of consciousness. There are really no set rules to how he writes, which is another reason why his rhymes are so interesting and will have so much longevity to them.

Who would win in a fight/rap battle/ pimp off between Don Cornelius and Don Quixote?

This wins the prize for “question asked out of the most boredom”.
Who would win? I dunno, dude. Who would win in ping pong: Daffy duck or pee wee herman? The answer is your heart.

What’s the sample from and how did you feel when you heard em’s rap god? Has anyone else used it? Whosampled isn’t the best for movie/radio style soundbytes


It’s from some old comic book on record. Spiderman or superman. I forget.
As for how I felt? I felt indifferent. I know they didn’t hear my usage and rip it off. It’s just another case of people finding the same samples.
It happens. Kinda par for the course when you do what i do.