Tally ho! Also, tally hoes.
How’s life? all’s good over here. Gearing up for a thanksgiving trip to my girls families crib. So, I got that going for me.
Anyway, this is that thing where I answer any and all questions you send me. If you’d like to be a part of the process and , thus, fortify your role as a great person who contributes to society, please send me questions. Leave them in the comments or email them to me at: Phatfriendblog@gmail.com
Everything is anonymous so don’t worry your NSA fearing little heart.
So, let’s see what we got this week…

What types of fights do you get in with your girlfriend? How often do you guys “fight”? When you first started “dating” (I know you mentioned you took it at a mad slow pace), did either of you have stupid fights where you try and end it because you’d get scared ‘n stuff? I’ve done that a lot when I’d start to develop feels when I’m starting to see someone and would get scared bc I’m starting to feel vulnerable and am scared that they’ll peace out on me — I mean, I’m pretty smart, talented, and accomplished a lot so far in my life, but MAN am I weird and can be super difficult. I feel like the smarter you are the more difficult you’ll be — but maybe that’s because you’re just more complicated, ya know?

My girl and I almost never fight. Neither of us are that type. We’re both pretty easy going and , generally, not looking for combat. Basically, we’re both really passive , which makes for very little friction , in that way.
We do bicker occasionally about dumb little things but more the way any two people who live together would. Things concerning the house being clean and not leaving crap all over the place, etc…
I don’t think couples fight cause they’re more complicated or more intelligent. What intelligent person would want to fight with their significant other? That seems counterproductive to the ultimate goal of “getting along”. I think couples fight cause someone is usually either insecure or unhappy. Some people are also just naturally combative and, the more comfortable with another person they get, the more that side feels free to flourish. Which is too bad for that other person!

Have you ever been caught masturbating? By parents, family, friends, gf?
Yes and no. I haven’t actually been caught in the act but, when I was like 14, I was in bed watching tv, scratching my nuts and my mom walked in. She was like “Oh! sorry!” and then fled the scene. So, in a way, I might as well have been caught even though I wasn’t. I forget if I even bothered explaining myself to her or I just let it go. Either way it woulda seemed like I was lying. And, to her credit, she probably walked in during one of those rare moments when I wasn’t masturbating. At 14, that was a pretty common time passer.
When I was in college, my roommate and I were best friends. We had known each other since kindergarten and arranged the living situation. We were close enough friends where a game evolved where the goal would be to catch the other jerking off and ruin their day. I never got caught cause I wasn’t dumb and always locked the door. My friend wasn’t so savvy. But, the thing is, even when he locked the door, I’d sometimes catch him cause I’d quietly turn the knob and , if it was locked, I’d know he was caught in the act. So I’d put the key and bust the door open in one fluid motion. It was admittedly a strange game but catching someone jerking off is fucking hilarious. So much shame on display and, the best part, they don’t get to finish, which is also funny. Though, he did kick me out a few times and made me wait outside for him to finish…which was strangely gross feeling.

What are the stats on your site? How many hits do you get a day/week? What entries get the most hits?

My daily hits range from 1,000 on a terrible day (saturdays when i don’t post are usually my worst day) to 3,000 on a good day. As far as entries that get the most hits, anything involving porn or riff raff. Those two things are the golden ticket to site hits. It’s sad but true. Also, the Lana del ray write up I wrote a few years ago still gets steady readers.
Anytime something I post gets linked on Reddit.com, I also get an influx of hits as well.
It’s funny, I’m a guy who loves stats. As a kid, I used to play the early nintendo video games and keep detailed stats for all the players. This is like that but all futuristic.

What are the weirdest search terms that have led people to your site?
(Maybe you could make that a weekly post if you’re bored/lazy.)

What are the major differences in your approach to producing for instrumental albums versus beats for rappers?

This is a question I get asked in interviews a lot. Whenever I answer it,I feel as if the person asking is expecting like two separate processes but, in reality, I do the same shit either way. When I make a beat, I make that beat. It’s got changes and multiple parts ready to go. If a rapper picks it, I sequence all those parts around his vocals. If I use it for an instrumental track, I simply fill in the blanks left by no vocalist with other sounds and samples. But the process is identical. I’m basically building a song either way.

Do you get any money for working on your blog? 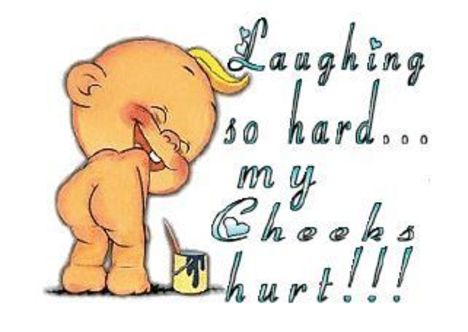 That’s a rich concept. I wish but, no, I do this 100% for the love of the game and cause, honestly, I enjoy doing it. Being an “Artist” with no real schedule is awesome but , sometimes, you do need structure in your life. This blog kinda forces me to have some. It also is a great way to vent or rant about dumb shit that really doesn’t matter. It’s fun. If I could get paid for this (substantially) that would be awesome but I never came into this thinking that would ever be a reality. I’ve gotten asked about people putting ads up here but, honestly, I don’t need that 30 bucks (or whatever it is) per month. I’m good.

I blow glass for a living and was working a late night, when my friend whom I work with invited me to a gallery/music hangout, aka hipster mecca dubbed “the venture compound” right around the block. I came to a place where multiple tvs playing sleepy hollow on rewind, with random junk from all around who knows where, dantily decorated around this downtown st.petersburg crackhouse looking venue. Where I learned of a new sound/concept or even (very loosely used here) “music” called “noise” which is pretty much a bunch of reverb from the sound system playing multiple songs/sounds. I imagine u have a common idea or maybe even heard it as the popularity is growing. In my opinion. …its pretty funny watching these kids mesmerized in these meaningless, stupid, pointless, no rhythmic sounds. It makes me want to go listen to Mozart in the loudest possible way, just to reassure myself the entire world isn’t totally moronic sheep. So my question is, how do you feel about this new concept of…I dk how to put it… sounds/music. Have you been to a show? Or do u have absolutely no idea as to what I’m talking about? Do you think its another stupid fad? Am I just a cynical asshole? Or i guess I’m just getting older. If u haven’t heard it I’ll send you a link. Overall how does this make you feel? I went back to work about 45 minutes later in utter disbelief and thought, if theres anyone’s opinion I’d like to hear, is one of my favorite artist who (in your case) happens to be the most brutally honest in opinions.

I have seen a noise show or two in my time…not my scene. It’s been around since the 80’s , I believe. I mean…the genre title says it all. It’s noise. I feel as if it’s music for people who reject the concept of music. There’s no explanation that can sell me that kinda music is enjoyable. I don’t care how you deconstruct it. It’s one note…or a tone…that just hums with slight variations. I mean, perhaps there is a drug tailor made for that kinda sound but I definitely don’t do it.
I actually have an awkward story about a noise show I saw. I was Djing at this bar in chinatown once and they had a small stage there where people performed earlier in the night. I got there around 9 (I think I started djing at 9:30) and there were two dudes on the stage with their heads down, slumped over their guitars, turning knobs on peddles. They were two chubby guys wearing all black. Like, imagine if you took trench coat mafia guys out of their trench coats and made them eat Wendy’s for 4 months. They looked like that. Anyway, they were playing noise or whatever it’s called and I was sitting there just kinda baffled. They had maybe 4 friends there watching them and a person I believe was one of their mothers. That part killed me cause all i could think about was what their mom must have been thinking watching her tubby son make what’s basically feedback for 35 minutes in a shitty empty bar in chinatown. When they finished I went to go set up the DJ stuff and didn’t really pay them any mind. As I was doing that, I hear a voice say “Tony?” and it was one of the Noise guys. Turns out we went to high school together. I wish I had a transcript of that conversation cause I really would like to remember how I politely danced around me thinking his music was awful and, at the same time, him probably judging me for making hip hop stuff. Different worlds, I suppose.
But, yeah, that shit ain’t music. If it were, my bellowing furnace would be a world famous Noise rock star.