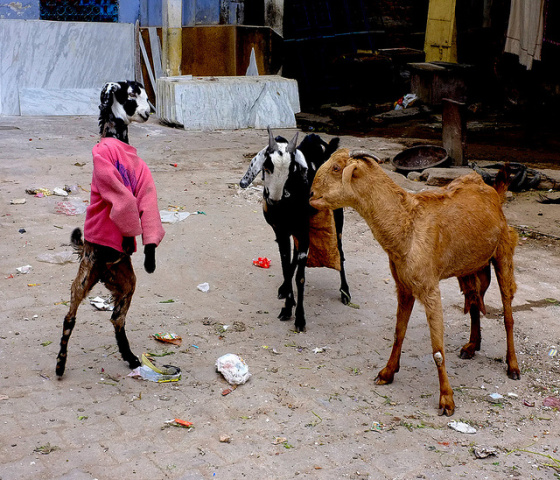 Oh hey…So, I’m in europe. Writing this from a bed in Vienna. It’s cold as fuck here.
If you have been following me on this blog you know shit got fucked up with my passport last week and I had to cancel two shows. As shitty as that is, I still made it out here for
the last four gigs. Brussels, paris and Bordeaux are later this week. If you live near there, COME OUT!
Anyway, this is that thing where I answer questions sent in by you lovely people. And guess what? I need new questions! My pile is running low so , please, hit me with your best shot. Get weird. Get creative. Whatever you do, just send me some Q’s to A. Either email them to me at phatfriendblog@gmail.com or leave them in the comments below. It’s all anonymous and it’s all good. But, seriously, send them…right now. Do it!
Here’s this weeks batch, for your mind!

Are there any rappers turned actors out there who have impressed or surprised you with their (acting) abilities?

I actually think rappers make decent actors. SOMETIMES. It probably has to do with most of them already being full of shit so lying on camera isn’t that big a stretch. Mos def has had some good roles. Cam’ron should have won an oscar for “Paid in full”. Snoop has had some mixed moments. However, when they are bad…holy shit. Dr. Dre in “Training day” jumps out at me. Busta rhymes has been pretty terrible too. And who can forget the master works of such thespians as LL cool J and Ice T who, somehow, have been in like 30 movies each without ever being even decent in any role ever.
My point is, Cam’ron gotta get a role in a real movie. Maybe playing a brain surgeon. That would be amazing.

I’m canadian and americans usually have this stereotypes that most canadians are overly nice and polite. What I want to know is if, in your experience, stereotypes of people hold true in any way at all when you’re dealing with online interactions versus real life? (i.e. canadians being polite)

In my experience, Canadians outside of the french parts, are unbelievably nice and friendly. Especially in person. Like , almost, annoyingly so. However, you add the anonymity of being online and all bets are off. Then, everyone is an asshole.
I was thinking about this the other day. It’s simply so much easier (and ,I suppose , more satisfying) to be an asshole online than it is to be supportive. Not looking people in the face changes everything. I think there is a safeness and power to being negative. For instance, say you and friend are talking about a movie. Your friend is like “I love that movie” and you respond “Eh, that shit was garbage”. Now, your friend kinda feels like shit cause you just took a hot dump all over his opinion and, for some reason, shitting on something tends to seemingly give an opinion more validity. You friend could go all day explaining why this movie is great but it wouldn’t matter. You put your stamp down and it’s tainted now. I think the internet and how we interact is similar to that kind of interaction but, instead of two friends, it’s strangers doing it to each other all fucking day long. Great work, life.

Time for some Rapid fire questions…

#1: How often are you recognized in public as “Blockhead”?
Depends where I am but almost never. But I’d say out west I get recognized more than I do in NYC.

#2: Best all night restaurant/diner in all of NYC

Do you know how many 24 hour diners there are in NYC?
Veselka on 2nd ave is always solid.
A real sleeper is “Coppelia” on 14th street. It’s a spanish themed diner that’s not only open 24 hours a day but when some shit like a blackout or hurricane happens, they’re the last to close and the first to open. Awesome food too.

#3: What method do you have for buying albums/records, especially for sampling material? Go out looking for specific artists, or buy the weirdest craziest album art? Do you shop for high end stuff, or try to get crafty with the bargain bin?

I used to go by the year it was released, cover art, record label (If i never heard of the label, I’m more likely to buy it) and what instruments are played on it. When you’re in the dark about a group, that last one can be crucial. You see “Banjos” on it, it’s probably gonna be wack. But, to be honest, I don’t buy records like that anymore. I simply can’t afford the obscure records I require and , because I only use them to sample from, spending $100 on a record where I might use 2 seconds of it and never touch it again seems pointless to me. Nowadays, I just go online and try to find rare music sites and download out of print albums from them. It’s free and , to be honest, I don’t give a fuck about paying some asshole record collector for some rare psych rock record that one him and five other people give a shit about.

#4: Sexiest actress of the 1980′s
I was obsessed with christie Brinkley when I was a kid. But, to me, I’ll take Phoebe Cates in “Fast times” over most girls ever. She’s pretty much a template for what gives me a boner to this day.

#5: Def Jux vs Stones Throw
How am i not going to say Def Jux? That’s like asking me “Who do you love more: Your mom, or someone else’s mom?”.
I’m obviously pretty biased.

Block, I’ve noticed and always been curious about an attitude you and some others in your profession have towards the music you make. You’re obviously a laid back and funny dude, so when I hear things I put it into perspective and realize you’re likely kidding to some extent. What I’m thinking of is the thought that artists who sample are inherently ripoffs, regardless of how well done it is and how creative it turns out. There’s obviously always been that argument outside of the inner circle, by music critics and the original artists, but more and more over the years I’ve heard it coming from a newer generation of producers.

I’ve just been thinking about it and was wondering what your true stance is on the talent behind sampled beats. What amount of credit should be due to the sampler vs. the creator of the source?

This is a tough one cause I see both sides. As someone who relies on sampling I’m fully aware that it’s my bread and butter. What I do is basically collage work. Sure, it’s more complex than that but I don’t look at myself as some sort of composer. If I’m in a room with someone who knows music theory and plays instruments, I’ll always assume they know more than me about making music in general. In fact, I don’t even feel really comfortable referring to myself as a “Musician”. I’m much more at ease calling myself a beat maker or a producer.
That said, there is undeniably a skill level that goes with making sample based beats. Sure, anyone can loop something. I think producers who loop one thing and add drums are generally lazy and often hacks. But part of being a person who makes sample based beats is having an good ear for what sounds right when played repeatedly. We’re based entirely on our taste. I like how certain things sound together and that’s why music sounds the way it does. My music is entirely based on my ear. I don’t have a composers mentality. Even extending to something like Instagram. I’d rather post funny pics I find online and leaving a funny caption than boring real life pics of food or sunsets. To me, it’s more satisfying to pluck already existing things and putting my spin on them than it is to sit and compose something I know won’t be up to par with people who actually are trained to do so. That’s not to say I can’t figure out a riff on a keyboard or come up with a baseline, but it’s not my natural inclination. And I find sample based , non-instument playing producers who try to go too far out of their comfort zone generally fall flat cause you throw those people in front of a keyboard and it exposes their lack of musical background pretty quickly.

I’d say a good sample based producer is a craftsmen. Like someone who can build something out of loose parts. Where a musician is a totally different beast. It’s funny though, you give a trained musician some sampling equipment and have them make you a beat, you’d be amazed how bad that shit sounds most of the time.