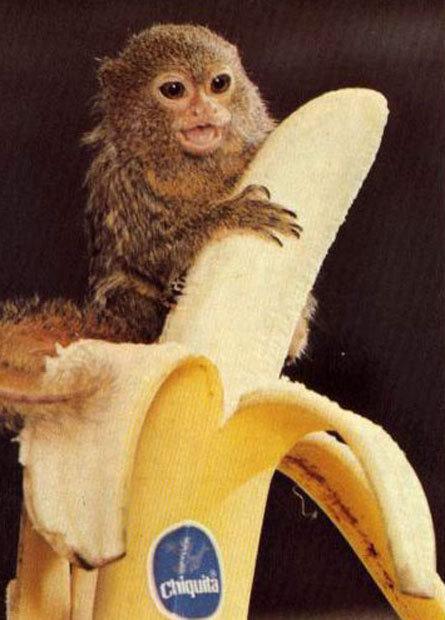 Well, another year is almost behind us. Can you believe it? It feels like just yesterday we were all arguing about open toed shoe wearing males and if Yung Lean is gonna be a big deal. Oh wait, we were doing that yesterday. Never mind.
The more things change, the more they stay the same, AMIRITE?!?!
Anyway, you know what this is. You ask questions. I answer them. Simple really. If you have a question for me, I’d love to hear it. Hell, I’d love to answer it. So, send them my way. Be creative. Either leave them in the comment section below or email them to me at phatfriendblog@gmail.com. Both work equally well. Both are anonymous. Okay? get on that. I always need content.
Here’s this weeks batch. See you guys next year.

I’ve been to the bigger cities in the us (chi, sf, la, dc, ny) and none of them have fewer public restrooms than New York, especially outside of the tourist areas. If a place does have them, they are heavily guarded or kept a secret. Growing up in the city, do you just get used to it? Plan ahead? What about when you are walking home drunk? Have you pulled off elaborate lies to use a store/restaurant bathrooms?

Wait, cities have tons of public restrooms everywhere? I’ve never noticed that. Unless you’re in a park or somewhere like a library/museum , they’re not gonna be around. Do Chicago, SF and LA have like tons of porta-potties around or something? I’ve been to all those places and never noticed a difference in public bathroom access. I think that sort of thing has 100% to do with location within the city and also that, in general, NYC is more of a walking city than those other cities so you may have noticed it more.
In my experience, I could always find a place to piss (even if it meant the streets ESPECIALLY at night coming home drunk). Finding a place to shit is different but that’s really only an issue if you’re having an emergency. I can’t say that’s happened to me much in my life and , the few times it did, I managed to find a place before it was too late. Sometimes, you gotta go in a diner, order a coffee and just head straight to the toilet. That’s always the last resort but it works fine. Or just wear diapers.

Did you hear the Judgment Night soundtrack where Rap and Rock stars teamed up to make a whole album in 1993? Did it at all inspire you to write the Kornhole song on the Party Fun Action Committee CD, or was that song strictly inspired by the terrible Korn/Limp Bizkit trend of the late 90s?

I just looked online for a clip of “Kornhole” and come up with nothing. Wow. Way to go, internet. So, I threw it up on mediafire. To those who have no clue what this is, it’s a parody song my friend Jer and I did (as “Party fun action committee”) a while back of terrible rap/rock music called “Watchu know now” by “Kornhole”
http://www.mediafire.com/listen/q5ybp9hm7fjfhtk/03%20Whatchu%20Know%20Now.mp3

I did hear that album when I dropped and , while it did not inspire the “Kornhole” song, it definitely was eye opening in making me loath when rap and rock are combined. I actually wrote something about it a while back.
https://phatfriend.com/2011/06/16/it-will-never-be-rock-and-rap/
All that said, The “Judgement night” soundtrack had that good De La soul/teenaged fanclub song and , regardless of how little I enjoyed it, it would never be as bad as the Limp Bizkit era of rap/rock that followed.

Going off of the question about humble musicians vs dicks. Have you witnessed any people or friends you’ve worked with drastically change in personality after success (be it local or national)? Not sure how to word this one, but have you always naturally been more humble about your craft or do you consciously choose that persona as sort of a PR thing? I’ve met a few musicians/djs who are humble in public but just asshats away from the limelight. Others, way more egotistical/confident on stage and timid/humble off stage.

In general, assholes are gonna be assholes. Fame and money only give that person more leverage in their behavior cause people treat the differently. I’ve never met a guy who was a sweet person then turned into a monster when he got some fame. It’s not like getting drunk where they can be two different people. If that person was at all a dickhead before he got successful, you’d at least see signs of it. People like that can only hide that side of them so well. Only a real deal sociopath could stifle that kind of behavior enough to fool people.
As for me, my persona isn’t really a persona. If anything, I’m a much bigger asshole online than I am in real life cause, online, I’m generally joking around 90% of the time. But I’m also not shy or timid in real life. As far as being humble about music, it’s hard not to be cause , as artists, this shit could end any time. We just got to appreciate it while it’s happening and hope it continues. I’ve seen sooooo many artists not do that and end up seriously eating shit when their time passes. Seeing electronic based musicians act out is especially crazy cause the shelf life of most genres of electronic music is like 2 years. It must be brutal to get really popular really quickly, get an ego about it and then be completely irrelevant 2 years later.

If you had a “basketball team” of influences/ favorite artists; Who would they be? And, Who would be your 6th man?
Oh jesus. I appreciate the creativity of the question but the reality of answering it is kinda bumming me out as a i truly hate “influence” based questions. But, after all, this is “Answers for questions” so I must do it. Goddamnit…
Point guard:Prince Paul
(he made this awesome beat)

He’s the floor leader cause, well, he was one of the first guys I heard layering samples in a creative way. He also had a sense of humor about things which I appreciated.
Shooting guard: Willie D

This is the guy who you want to have the ball in his hands. He’s the scorer. For me, Willie D is not only reliable but he’s been that way for years. He’s pretty much one of the the only rappers from the 80’s I’d still gladly check out new music by.
Small Forward: The Jungle Brothers

I know this is a group but whatever…this question doesn’t make logical sense anyway.
These guys would be my finesse players. They were huge for me when I was younger in understanding that rap doesn’t always have to be one way. The opened my eyes to versatility.
Power forward: Kool G rap

He was a bruiser, rap-wise. A power forward needs to be able to knock the next dude down. Aside from that, he also influenced every good rapper after him. Kinda like Rakim but with more humor and drug dealing.
Center:Dj Premier

I feel corny even picking him cause of how he’s blindly worshipped now (it’s as if he can do no wrong, even though he’s done plenty of wrong over the last 10 years) but, there’s no denying the guy. As a beat maker, he’s done it all. He started one way, evolved into something else and finally settled on a sound that is 100% his own. All the while, maintaining a high level of quality.
6th man: MF doom

Why not? He’s a wild card. You always need one of those on your team. The JR Smith’s of the world exist for a reason.

Which KIDS IN THE HALL star was the most convincing when playing female characters?
I get an unusual amount of “Kids in the hall” related questions. Why? It was a cool show but it’s been off the air for like 15 years. I barely remember the cast or any of the skits.
Anyway, the correct answer to this is David foley. He was almost kinda cute at times.

You mention song structure a lot and I’m wondering if there’s any formal way of thinking about it or if you just have some kind of verse-chorus idea behind it?

Well, there are obviously many ways to look at it as there are generally no right or wrong ways to make art. That said, for the sake of cohesiveness, people generally tend to work within certain structures. Something like verse-chorus-verse-bridge-chorus is pretty standard.
When I’m doing those demo reviews and commenting on a song being well structured, it’s typically just pointing out how the song flows. If a song jumps from on thing to another with no reason behind it or just sounds like a jumbled mess, I’d say the structure is fucked up. But, if the different sections flow smoothly into one another and compliment each other, then I give it props.
So, like I said, while there isn’t a right or wrong way to look at it, common sense and going with what sounds right to your own ears is crucial.

What heights would you qualify as short vs tall for a woman? I ask this because I’ve been called a “tall” girl a few times but Im only 5’6″ (which seems average to me). Just trying to see where I fall on the Stinky Vagina Scale, man.

Depends on how tall the dude is , really…
I’m 6 feet tall so, to me, a short girl is like 5’4” and less. 5’5”-5’8” is average (if not getting a little tall) and 5’9” and up is a tall girl. Keep in mind though, people tend to carry their height in different ways. Some 5’7” girls appears tiny to me while some 5’4” girls , I assume are like 5’7”. I know people always think I’m shorter than I am (I assume cause I’m broad/stocky). So, a big part of height is how you carry it.
But to answer your question pertaining to my completely incorrect and unfounded “Tall girls have smellier vagina” theory, you’re vagina is probably fine.