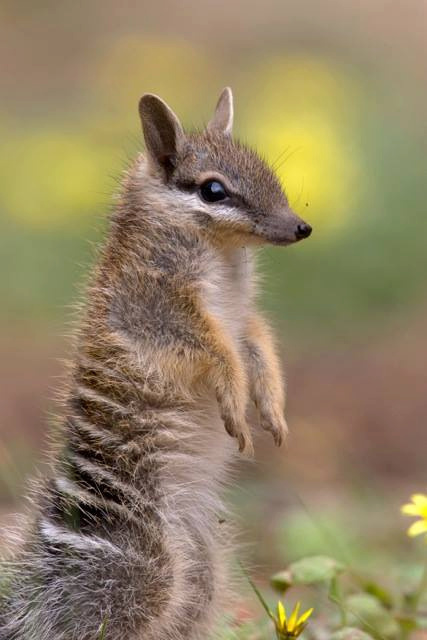 There’s a decent chance that, where you live right now, it’s cold as fuck. I know it’s like that here in NYC. If you’re one of those people who doesn’t have those problems, congrats and go fuck yourselves. My long john swag is off the charts right now.
Anyway, HAPPY new year! If you’re unaware, this is that thing where people send me questions and I answer them. Simple math really. If you’d like to ask me anything, shoot me a question. Either leave it in the comments below or email it to me at phatfriendblog@gmail.com. Be creative. Be weird. Don’t ask me who my biggest influences are or where the name “blockhead” came from. Leave that to shitty interviewers who write for blogs no one reads.
So, let’s get into it…

I have been rapping/making music for about 4 years now, and in the past year or so i have started to become more serious about it, i have a long way to go in terms of crafting my style and flow but i really enjoy doing it and would love to start playing shows and such. The problem is, is that i do not personally know anyone who makes hip-hop beats, i usually collab with artists online soundcloud, youtube etc. but it only goes so far, usually just downloading instrumentals and flowing on it with me doing all the recording and editing. Its extremely frustrating to not be able to sit down with someone and work with them one on one. Any tips on how to deal with this situation? Ways to branch out and such?

I think it sounds like , at the moment, you’re on the right path trying to connect with people via soundcloud. That seems like something a lot of people do. It used to be myspace, now it’s soundcloud. I don’t know where you live and what the scene is like there but another thing you can do is go to local shows or open mike type rap nights and just try and connect with people locally. I’m pretty sure there are beat makers every where right now complaining about how they don’t know where to meet mc’s.
Worst case scenario, make the beats yourself. I know this sounds daunting but you could always become one of those producers that just loops one thing and raps over it. If you’re good enough, people might hail you as a genius for your use of minimalism. You never know!

Could you talk about Sunday Seance (loka remix)?
this track has always blown me away, and i really dont know anything about Loka.
id be curious about him, the genesis of this track, your relationship, etc.
thx!

There really isn’t much of a story to it. Loka was signed to Ninja tune when I got signed and they (he?) did a remix for that track. As you can tell but my not even knowing if Loka was one or more people, I’m not very familiar with their/his history. AlL i do know is that he/they had a finished album done for Ninja around the time my first album came out. For some reason, it got shelfed though and didn’t come out. Too bad too cause they/he were extremely talented. I heard a few songs off it back then and it was nuts. It wasn’t really like anything on Ninja at that time. Very much a live instrument kinda situation.

What other beautiful things are as god awfully alien creature misplaced fleshy fugly as the human vagina? and What if anything is as much fun to play with?

Your word play just made me wet, bro.
If you really think about it, most parts of a human could be considered kinda gross if you look at them on their own with no context. Like an elbow? Weird shit. As for vaginas, Sure, on their own, they’re fucked up looking. Like the creature in the movie “Tremors”but internal.

But it’s not like dicks aren’t the weirdest looking gonzo ass things on earth either. It’s kinda fitting that you’re supposed to put one in the other. They do match quite well. So, my answer to this is Aardvarks. Those motherfuckers are bizarre looking. I dunno about how much fun they are to play with though. Definitely not even close to vaginas.

Huge hoops fans here. One of my best friends is a Knicks fan and is constantly trying to justify their moves and their season/direction but has essentially given up on the team. What is the general vibe in New York City regarding the team? Is it like Toronto and their Maple Leafs where it’s essentially a city that blindly and desperately follows their team or has it gotten to the point where people are lashing out and buying Micheal Carter-Williams jerseys or some shit?

I’d say people round these parts are pretty much at that point where we acknowledge the knicks are terrible and they’re gonna remain that way for many years to come. I mean, this is no new thing for us for, as you may know, the Knicks BEEN terrible for the majority of the last 15 or so years. I’d imagine this is how CLippers fan felt before Chris paul came. You just hope for the best and expect the worst. As long as no one switches over the the BK nets, it’s all good. That would be unacceptable. Also, a bonus of the knicks sucking is getting to see the Kid Mero and Desus live tweet their games. That shit is gold. I recommend it highly to anyone who likes hearing people make jokes about basketball.

What are your thoughts on makeup? In all of the shitty women’s magazines they constantly teeter between telling women that men like a vampy red lip with winged out eyeliner and telling women that men prefer a natural face. Obviously, women can do whatever the fuck they want but since you commented about tattoos I was curious about how you view (or men view) makeup that women wear. Like, do you even notice or care to start with? Haha

I think the secret to make up and men liking it is making it look as minimal as possible. Only weirdo’s like caked on tranny looking girls with those crazy blue eye lids that go up to your eyebrows. That’s “stripper hot” and , in reality, most strippers aren’t that hot.
Moderation is key. But, honestly, I could say that about most things on earth. I’m a moderate guy, I guess. Some girls use make up really well to enhance certain features and that’s fine. As men, unless it’s glaringly obvious we don’t notice or give a shit. So, if you do it right, we’ll just assume you actually look like that. It’s not like anyone actually expects you to be all beyonce’d out on some “I woke up like this (flawless)” shit. Speaking of which, I saw this the other day and cracked the fuck up:
http://www.frequency.com/video/beyonce-have-girls-waking-up-like/138619475/-/5-128777
Though , I can honestly say, a girl who can wake up and still be pretty is a keeper. But, hey, you gotta work with what you got right? If you look like a wet sea monster covered in parmigiana cheese when you wake up but can come out the make up chair looking like an 8, you gotta do what you gotta do.

I work a nine to five for steady pay. I have a family to take care of.
I know you’ve said to people, never pick music as a career. I worry
about money and if I’ll be able to retire and all that cliche shit
sometimes. But how does a musician at your level prepare for the
future? I think it’d be scary. I know a lot of people who toured and
got signed and gave it all up for jobs and stability. Touring sucks
buts that’s where the money is.

People rarely pay for artists music anymore, so support from touring
is where it’s at. Do you see yourself touring with a walker ? Do you
invest in stocks? Are these stupid questions ? Haha

That’s a good question and one I both think about regularly and ignore constantly. Touring is definitely where the money is now for musicians and I certainly do think about the prospect of me touring in like 10 years and how awful that would be. But, it’s one of those “day at a time” things. Making the kinda music I do in general is like that. I mean, if I step back and think about how I’m closer to 40 than I am 30 and I make hip hop for a living, that’s a terrifying thought. Instead, I just keep moving forward and try to not think about those things. I’m also are very frugal. Not that I’m cheap but I simply don’t spend money on anything. I don’t have that many material needs outside of Food, bills and my computer’s health. That’s about it. So, hopefully, living like that will stretch this out as far as i can go. But really, this career only goes as far as my fan base will let me. If I’m still able to make music in ten years that people like, I’m good. If not, then that’s something else. I won’t know until I’m there though…and worrying about it seems like a lot of stress over something I can’t control right now.