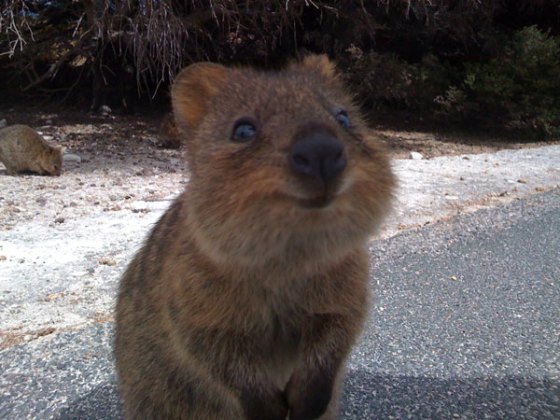 What’s up? Another week…more snow out here for us east coast folks. These new timberlands I got are getting some serious run and it’s all thanks to that cunt mother nature. Did I say cunt? I meant twat. She’s a real twat.
Anyway, this is that thing where you guy send me questions to answer. As you will see from today’s crop, they can literally be about anything. I accept all comers (pause).
If you’d like to ask me something, fire away. Either email it to me at phatfriendblog@gmail.com or leave them in the comment section below. Get creative. The better the questions, the better the answers.
And with that, let’s go…

You seem as though you have natural athletic abilities. Like you can pick up most sports quite quickly. Were there any sports your parents put you onto as a child that you just really sucked at? Do you think this has influenced the opinions that you have about sports in this day and age?

I’m one of those people who is decent at most sports but never great. I’m coordinated and have good hand eye but I’m also never the best in the room at anything. Growing up I played a little soccer, little league for like 8 years, tennis and tons of basketball. I wanted to play all these games so it was never a case of being forced to join by my parents.
I can’t say I’ve ever straight up sucked at any sport. I mean, I don’t Ice Skate so I’d clearly be shitty at hockey. I never got to play football much but, the few times I have, I was pretty good at it (for a beginner. I could catch a ball and run). Of the sports I played, Soccer was definitely my weak spot. Though,I’d say that had as much to do with my skill level as how much I truly hated the sport. I hated playing it and, to this day, I hate watching it. It bores the living shit out of me. So, sure, that influenced my taste of it but it’s kinda one of those “chicken and the egg” situations. Do I hate soccer cause I wasn’t great at it or was i not great at it cause I hate it? I suppose we’ll never know. But one thing is for certain, I’m not a fan of that game on any level.

If you were forced to legally change your name to something ridiculous, and use the name for all intents and purposes, which one of these would you choose? “Optimus Prime Jr.”, “Bruce Wayne AKA The Batman” or “Luke Skywalker III”

Well, “Blockhead” would be pretty ridiculous but I’d never do that. Shit, what aging hip hop guy doesn’t somewhat regret the alias they’ve chosen in their youth as they near their 40’s?
I think , of the three names given, I’d choose Luke Skywalker III. Not cause I’m a star wars buff (In fact, I don’t give a remote shit about the entire existence of that stuff) but cause, at least, I’d have a partially normal first name. People could call me “Luke” and it wouldn’t be embarrassing. The same could be said for “Bruce Wayne AKA The Batman” but I’m not trying to be know as “Bruce”. And , even if someone learned my whole name and was like “wait, you’re real name is Luke Skywalker III?!?!!” I could be like “yeah, I have this blog and people ask me questions. This one person asked me a random question about a hypothetical forced name changing and I chose this name…the next day, it was real…weird, right?”. It actually would make for a great conversation starter. Thanks!

Do you ever do the whole KNOCK ON WOOD aka TOUCH WOOD thing? It’s weird because I don’t consider myself to be a superstitious person at all otherwise, but I catch myself doing that in certain situations and I think most people I know occasionally do it too.

Yes! I’m in the exact same boat. I’m not superstitious as all but that one has hung around from childhood. I’ll even knock on no-wood shit which I hear is bad luck. But, on the bright side, knocking on anything is actually completely arbitrary so I think it’s all good. I also do this one where , on the first day of every month you say “Rabbit rabbit rabbit” and that’s supposed to bring you good luck. My mom taught me that one when I was a kid. I honestly think she might have made it up though. Sufficed to say, there have been many absolutely shitty months that I’ve started by saying that so I dunno how effective it is.

how picky are you about cleaning up noise from dirty samples? Your stuff sounds pretty clean most of the time, but some producers tend to leave in lots of vinyl noise. Does this even affect you anymore?

I’m only picky when I think it effects the quality of the beat. A little vinyl crackle can be awesome sounding. But if it’s so much that it makes the sound I’m using unclear, then I either try and use filters to fix it or throw it away. I’ve definitely had those sophie’s choice moments with a great sample that was just too muffled to use. That’s always a heart breaker.

Which subway station in Manhattan elicits the best or funniest memories to you? And which station do you hate the most?

Is there really a “best” subway station? I mean, they’re all just kinda there. Any fun I’ve had involving subways has generally been inside trains , not waiting for them. And even that “fun” was probably just me and friends joking around that could have occurred anywhere. So, there’s definitely no favorite train station. However, least favorite is easy…the 68th street stop off the 6 line. That was where I used to get off to go to high school. It was a mish mash of working folks, upper east side assholes, hunter college students, and kids from Julia Richman public high school. My school was a small private school down the block from Julia Richman and, obviously, they were not fond of us. We had a security guard with a loaded gun that stood outside the school all day. (Side note:he was a low life. with a gun. Around children.) But, the reason that train station will always be my least favorite was cause, one halloween, the Julia Richman Kids decided it would be fun to fill balloons with Nair and throw them at people. I dunno if you’ve ever seen someone get hit in the head with a nair balloon but it’s not what’s hot in the streets. Actually, correction…it’s literally hot. In your hair. It was like a mini vietnam in that train station. People running around in tears with nair burning their skin and hair. I got away from it clean (only a little got on my jacket) but I was lucky. That shit was a nightmare and I’ll forever think of that when I think of that train station.

Dear blockhead, after reading this blog for almost a year now I have only one question, where the fuck are the unicorns?

In your inner minds eye. And in bed with your mom.

This could not be a more timely question as I just suffered the worst loss of my fantasy ball career last week and , also , one that most people could care less about so I’ll keep it brief.
My team is the fucking worst. Yet, thanks to some lucky scheduling, I was in first place until this week. I drafted D. Rose as my first pick and he went down so that pretty much set the tone for my entire season. Currently, I have a team of under performing bums (beal, evan turner, batum, bosh, korver, brandon knight to name a few) who shoot like 35% on a good day. Without a doubt, in the 10 years I’ve been playing fantasy basketball, the worst team I’ve ever had by leaps and bounds. It’s truly soul crushing, considering how much time I put into it and how much I fucking love it. My team is basically the fantasy version of the Knicks.

Could you marry a girl who has had sex with one of your good friends? If not, could you even date her for that matter?

I feel like this question has come up a few times but I can’t recall if it was here or in real life. Anyway, my answer is sure. I don’t give a shit about a girls past. I’ve dated girls that have boned friends of mine and vice versa. It’s only a problem if you make it a problem. I don’t possess that insecure jealousy gene that makes men lose their minds over things like that. Shit happens. People be fuckin’. I only see it as a problem if that person seriously dated a friend. Then it’s crossing some boundaries. But just sex? Who cares. If you do you’re really just saying “I’m an insecure dip shit who also think every girl I like should be a virgin”. I understand that there’s the visual aspect of it, the curiosity about how it went down and the need to know what really happened but ,if you actually love a girl, that kinda stuff shouldn’t even phase you. I suppose , if the friend she fucked is still trying to be a scum bag and hit it or rub that fact in your face, that would be an issue too. But, i dunno…you got a friend like that you shouldn’t be friends with him anyway.
People need to stop being so hung up on sex and the things people did before them. I feel like it’s left over puritan bullshit from our ancestors that has found a way into existing centuries past when it should have faded away. So, basically, follow your heart, bros.