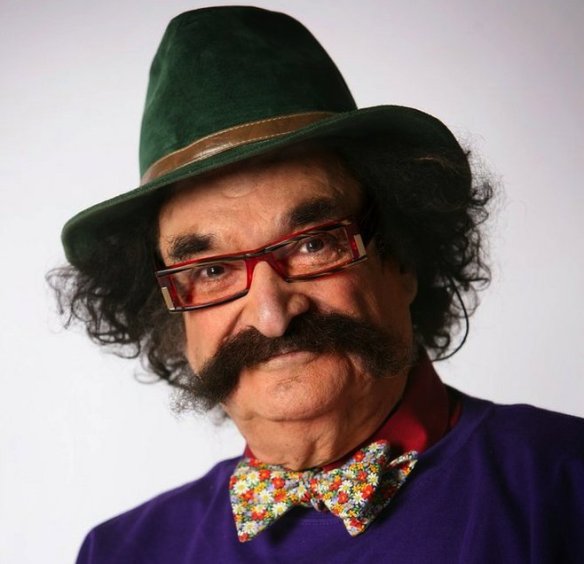 Going to movies is great. But the best part? The previews, AMIRITE?!?!?! No, i’m not right. That’s total bullshit but still, previews are a great way to waste time and finish your pop corn before the actual film begins. Like most people, I tend to sit there, watching the previews and judging them. “That’s looks good” or “Definitely not gonna see that piece of shit” seem to be the two go to standards. This column is taking that idea and going a little deeper. I have not seen any of these movies. In fact, I doubt I ever will. Why? Cause I don’t need to. It’s all in the preview. So, these are my reviews of movies I’ve never seen based entirely off the 2 minute preview. A real time saver.

What do you do when life has you in a corner? When it seems like the whole world is against you and you have no way out? The clear answer: Fight back…with cars.
Yes, only driving really fast can make a difference. Who needs guns or even the ability to resolve problems using common sense. Nope. This is no time for that. This is a moment where only buckling your seatbelt, checking your rearview mirrors and tearing asphalt can make things better.
With the death of Paul Walker, I bet all you Fast and Furious heads were clamoring for that next shit. Well, here it is. This is the Phish to the Fast and Furious’ Grateful Dead. The problem with this, when compared to FATF Franchise is that it seems to take itself very seriously. I mean, the dude is pretty much reading a high school poem over the entire preview. Not a good look considering the average person going to this is either gonna be high, drunk or just likes explosions.
Does it look like shit? Oh yeah. Is it an odd choice for Aaron Paul’s first post Breaking bad role? Big time. But who cares? If you’re going to see this movie, you know exactly what you’re gonna get. A tiny , intense man driving expensive and rare cars very fast. Now, depending where you land on the spectrum of people who are easily entertained, this MAY be your shit.

Now, I’m not history buff but, um…this is based on a true story, right? Kinda sorta?
If memory serves me, from 5th grade history class, Pompeii was a city that was buried under lava when a huge Volcano shat all over them. I could be wrong about that but I’m not trying to wiki that shit right now.
While that could make for a cool movie if done realistically, this one looks as if it’s taking the disaster movie template and shaking it up. No, this isn’t just 2 hours of dudes in loin cloths waiting for their inevitable demise. Nope, these bro’s are gonna fight the volcano! Or at least out smart it. It’s kinda like “The Day after tomorrow” where the people literally run away from freezing coldness and survived by simply running up a high enough hill so the water from the tidal wave didn’t reach them.
Your boy Jon Snow from “Game of Thrones” gotta branch out too. I know these period pieces are his hot zone right now but, my dude…do a rom-com or something. You can’t be the doe eyed reluctant hero forever.
I’d like to say this movie is a waste of time cause you know how it ends. But, there’s a part of me that thinks this won’t end how I think. Ideally, the entire cast gets melt down or frozen in ash but I have a sneaking suspicion that a few people make it out. hell, two of them in particular might find that love triumphs over all. Especially an unstoppable force of nature that would kill everything.

Weird timing on a sequel to “Dallas buyers club” but okay…
I’ve never seen a tyler perry movie. Is that racist? Nah, it’s common sense.
Now , this film…wow. First off, shout out to Mr. Perry for casting himself as a desirable straight male. That’s some ballsy casting. In that short scene where he’s flirting with the lovely Nia long, you can see the chemistry. Very brotherly.
The casting in these kinds of movies is always interesting to me. They get people we mostly recognize but who also are pretty happy to be getting a job in a movie that people might actually see. I’m glad to see the girl from Reno 911 getting work and Amy Smart never bothered me. I can’t help but think the both got this script and thought long and hard about it. Like “Shit…this is absolute garbage but I do need money…my kids grade school doesn’t pay for itself”. And Terry crews actually is pretty successful. Scratching my head why he’s in it. surely, Lean was available. Or Morris Chestnut.
As a film itself, this is clearly not for the fellas. But, ladies? This is the film equivalent of Brunch with four girls you went to college with but haven’t seen in years. Seems like a good idea but you will leave knowing you’re never going through that pointless bullshit again. Unless, of course, you’re a total cornball. Oh wait, I forgot the target audience. Single moms! Here’s an inside scoop, if the target audience’s title is in the name of the movie, there’s a good chance that movie is pandering. Just saying.

Basically, If “How stella got her groove back” is your shit, you’ll leave this thinking “That was okay”. And, after all, isn’t that how art is supposed to make us feel?

(Note: It has been bought to my attention that this is, in fact, a fake preview for a movie that does not exist. Well, for starters, THANK GOD. But, beyond that, it’s still a “preview” and I’m reviewing previews so calm the fuck down everyone. No, i never read the fine print.)
wait wait wait…before I address the movie, can we talk about the voice over? Holy shit. That can’t be serious. Your man needs to put down that glass of hot milk and blow his nose like no man before him ever has. How on earth did they pick that voice to be one that guides you through this preview. Galactus?!??! HAHAHAHAHA…get the fuck outta here. He sounds like a nerdy Dungeon master (is the redundant?) trainee working his way up through the ranks.
Oh, so this movie.
How many more Superhero’s we got left? We almost done? Luckily “Entourage” probably buried Aquaman so that’s one less. Surely no one really gives a shit about the Silver Surfer, right? Dude looks like Powder. The special effects harken back to the Terminator 2 era which begs the question, is this film half animated? Like on some “Who framed Roger Rabbit?” shit? It kinda looks like it. Pretty sure I’ve seen better visuals being projected on the walls at electronic jam band festivals.
if you really think about a superhero who surfs, it’s kinda funny. I’d imagine Marvel came up with this idea back in the early 60’s, when the Beach Boys were all the rage. It would be like having a super hero now whose super power is texting really well. Actually, that’s a movie I’d watch. Some superhero from another dimension who’s skills with smart phones make him extraordinary. Maybe he could be silver too? Or fuck that…Platinum, son. Look out for “The Platinum texter”, coming soon.