Hey guys. It’s time once again for another edition of “Fuck/marry/kill”. Depending how seriously you take jokes, this will either offend you deeply or you won’t even blink. To those in former group, as always, I assure you this is all for jokes. I don’t want to marry or kill any of these people/things and I also realize that, in reality, they’d all gladly kill me in this game…and I’m okay with that. This is all for fun so don’t let your inner college activist get the best of you. It’s not that serious. EVER.
I’m sure you all know how the game is played and , if not, it’s not hard to figure out. Let’s get into it.

Yes, she dated Rob Kardashian. Yes, she’s probably the type of girl who probably only communicates in emojis. I know this. However, of the three choices, she’s easily the choice for wifey. First off, corniness aside, she’s fairly hot. She got a nice body and, unlike the other two, she doesn’t seem totally insufferable. With great shame, I can admit that I’ve watched “Keeping up with the kardashians” and she was on it and fair amount. You know what? she wasn’t THAT bad. Compared to anyone in the Kardshian family, she was downright lovely. So, basing this entirely on that and her physical appearance, she get’s the ring. 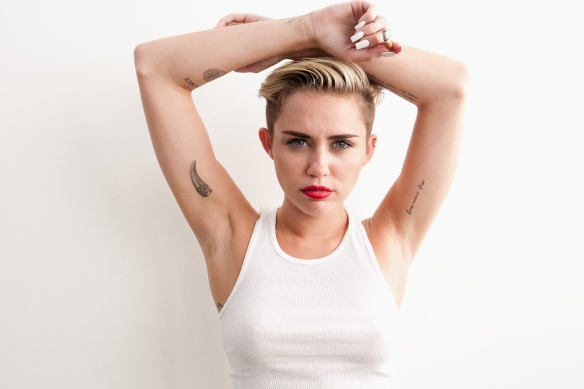 When you’re done rolling your eyes and reevaluating every good thing you’ve ever thought about me, let me explain.
She’s the worst. This has been established. But , here’s the thing, it’s all an act. Before anything, she’s a shrewd business woman who understands how things work. Every move she makes is strategic. From sticking her dumb tongue out to promoting her own drug use. She knows exactly what she’s doing and plays it up on cartoonish levels. I’m willing to bet that, in a one on one situation, she wouldn’t be THAT bad. “But, Tony, Why would you fuck her then?” Cause she’s Miley Cyrus, bro. Yeah, she’s skinny and has no ass and there’s a good chance she’s got various STD’s but You know what? I kinda think her face is okay. She falls somewhere between Bridgette Neilson , River Pheonix and a cartoon chipmunk. On top of that, I’m curious of what she might actually be like in bed , as opposed to the way she portrays herself (which is basically the sexual identity of a 14 year old girl acting out). Let’s be real here though. The true win here would be able to say that I fucked Miley Cyrus and tell people the story about it. That alone would be worth it. 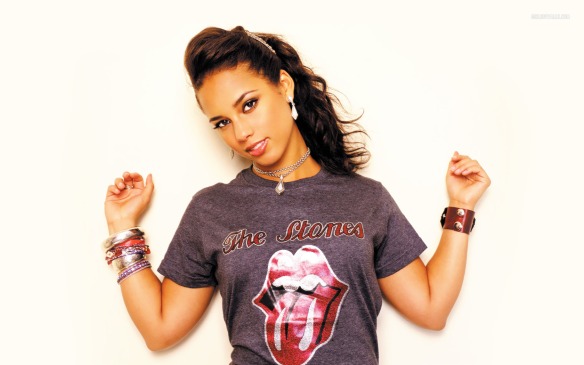 In a world full of corn balls, Keys is queen. She’s got that neo-soul head-wrap corny swag. She’s also got that “I fake a hood accent even though I was raised by my white mom in midtown manhattan and went to an art/music school for classical piano” swag as well. She just has the air of someone who is EXTREMELY self involved under the guise of being the oracle. And that’s just the tip of the corn husk. The thing is, Keys is both very pretty and insanely talented. But, you know what? Talent and looks has never stopped anyone from being the worst. Her corniness transcends it all.She comes on tv, I find myself blushing out of shame of what I’m seeing go down. I know girls like her now. I knew girls like her growing up. They are such a specific breed I can spot them from a mile away. They’re “friendly” in that fake “love is love” kinda way but, really, they’re just as evil as anyone else in the business. Hypothetically Killing Keys would be my pleasure. As an added bonus, it would make Swizz beats sad and that’s always nice. 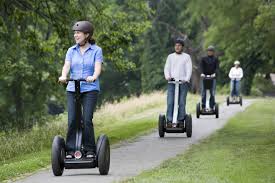 I’d like to clarify that I don’t do “wheels” in general. I never have. So these three things are all things I don’t really have a strong opinion on. These three choices are based entirely of perception.
Why would i fuck a segway? Well, it looks like fun. Segways seem like a good time girl that would be great for a fling but eventually grow tiresome. I’d gladly hop on one and take it for a spin but, trust, when that ride was over, you could have it back. Here, take these tissues. Clean her off. Thanks for the ride, lady. And know, when i tell my friends of our time together, I will speak of you with great respect and honor.

It just makes sense to marry the bike. Sure a Segway would be more fun but Bikes go faster and don’t require power. They can take you places with speed and are good exercise. Citibikes are kinda heavy but, after a while, I’m sure I’d get used to it and learn to love them. Also, they’re everywhere! 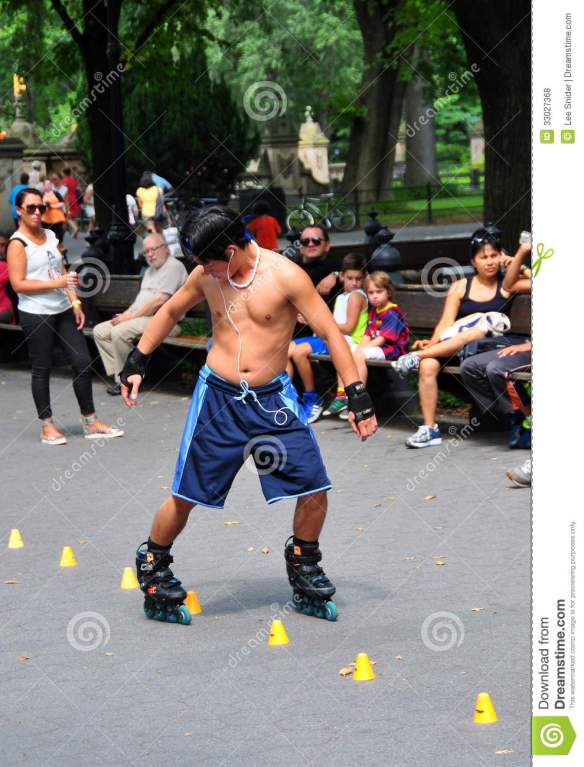 Do people still Rollerblade? I’m speaking of real life adults. Even when rollerblading was at it’s peak of popularity it was still kind of a joke. They’re fucking futuristic roller skates. The type of shit they would have in a movie in the 70’s about the year 2050. Sure, they’re probably very convenient and anyone who’s seen a person on rollerblades skate backwards can attest, those guys are fucking awesome. Just kidding. That’s not awesome at all. Clearly, Roller blades gonna catch that L in this round.

Honestly, I think Family guy is totally mediocre but I’ve seen enough of it to know that Louis is a sexy freak. She’s actually pretty hot (by cartoon standards) and , though her voice is incredibly shrill, she’s a generally sane person who is perfectly suited to be a wife. Definitely more suited for it than I am to be anyone’s husband.
side note, you’d be shocked at the amount of louis and marge based porn there is out there. Nerd’s really need to learn to channel their sexual energy in a better way. Instead of jerking off to a fake ginger Debbie Mazar, perhaps just do what the rest of us do and search for the closest human version you can find on youjizz.com 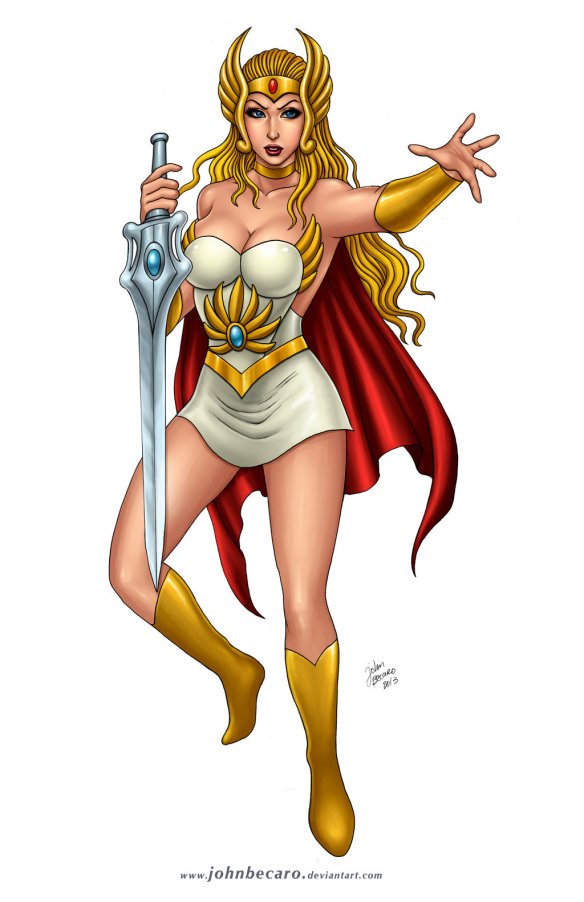 She is so out my league in so many ways, it’s pretty intimidating. i mean, she’s fucking She-ra. She’s probably got some magic powers, she’s strong as fuck and she’s used to boning bodybuilder type dudes who kill dragons. That’s a lot to measure up to. But, I’m not one of those guys who frets over that type of thing too much and there’s no way I’d pass up the opportunity to be eskimo brothers with He-man.
Also, she’s got one of those bodies that’s so unreal it makes little girls sad , feminists mad and loser ass grown men have unrealistic standards. Just once I’d like to see what that’s like. Even if it is with a cartoon.

Marge got an ass. There’s no denying it. But she’s also got a blue beehive hairdo and voice like a gravel pit. I like marge a lot. She’s obviously very similar to Louis Griffin in many ways. After all, the Simpsons is clearly the blueprint for the Family Guy. But, i dunno…I always thought that face was kinda rough and when she got all sexy, the voice was a huge turn off. I don’t wanna kill marge. She’s a staple of my childhood. But, tough break…She lived a full life. It’s okay.

Stuffing is good but let’s be honest…no ones eating that shit any day but thanksgiving. It’s basically salty wet bread with some spices thrown in. Nothing wrong with that but nothing too great either. If stuffing were really bout that life, if would be available as a side order in most decent restaurants. But clearly, it ain’t bout that life. So i gotta kill it. 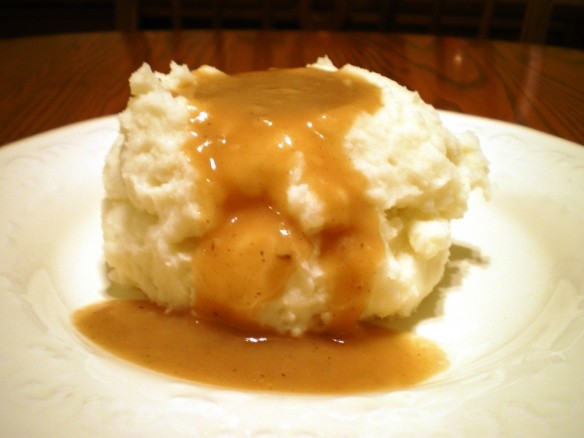 I love mashed Potatoes but the idea of eating them every day is daunting. They’re a once in a while treat. I’m always happy to see them but it’s definitely something i eat knowing I probably shouldn’t be stuffing into my face. It’s a sad truth of aging that you have to gauge food like that but, hey, that’s life. I’m not 20 anymore and I can’t eat buttery whipped potatoes 27 times a week. I can, however, take a heaping pile of it, fill the hole in top with brown gravy and plunge my love deep inside it for one amazing night of ecstasy. I might even go in for seconds, if she’d have me.

This was tough cause, to be honest, I don’t love turkey. It’s good but it’s also pretty boring. This is more a case of making the sensible choice. Turkey is a solid protein and one of those types of meat , much like chicken, that you can dress up to taste different. Throw some cheese and mayo on it and we got a decent sandwich. You can fry it. You can even make soup stock out of it. So, whole it wouldn’t be a fiery romance, it would be fine. Still, I’d probably be fantasizing about that night I had with Mashed potatoes every time i ate a meal.