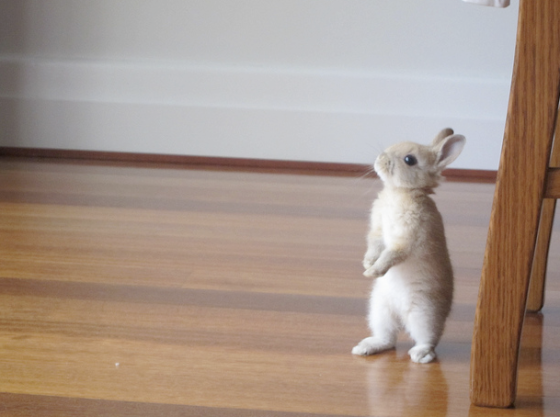 Hi there. Welcome back to another week of “Answers for questions”. You guys ask shit, I answer it. It’s as old as time. If you’d like to be a part of this interactive love, all you gotta do is ask. Either leave questions in the comment section or email them directly to me at phatfriendblog@gmail.com.
Creative questions are always preferred. Get weird with it.
This weeks batch is full of weird ones.So, let’s get into it.

You’re from New York, so might have some experience with pushy people. SXSW always brings out the assholes here, and waiting in line is the worst. How do you react when someone A) Quietly slips in front of you in line, hoping you won’t say anything? B) Forces their way in front of you with a hard elbow or shoulder push? If they won’t respond to a simple “hey fuck off I was standing here”, do you have any good tips how to intimidate them into waiting their turn? Should there be a different approach for different situations like a music venue bar, bathroom line, food line, ATM? I’m looking for some options that don’t mean I have to leave right away or get arrested, but it can still be some mean shit.

I’d be willing to guess SXSW is WAY worse than NYC in this regard. In fact, I’d venture to say all airports are where this kinda fuckery take place with the most commonality. It’s an interesting question cause I’m an unusual pairing of hyper aware to this kind of thing but also non-confrontational. Or, some may call it “A pussy”.
But, in the situations you mentioned, I’d react like this:
A) First I’d stare at them in disgust. If that didn’t get their attention, I’d politely tap them on the shoulder and say “Hey man, there’s a line here…”. 9 out of 10 people would be like “oh! my bad” and bounce. Another way to do handle that would be that, the second they sidle up and you see what they’re doing you loudly proclaim (so the whole like can hear it) ” heyyyyyyyyy, there’s a line here, guy!” before he can even try and settle into it.
b) This doesn’t sound like a line based situation. More of “at a show or some other public event” type situation. In this case, I just let it go. I mean, if someone thrusts an elbow into my chest on purpose , that’s different. But getting mad about accidental contact is moronic. Sure, the guy was rude but, really, who fucking cares? unless you’re the type who’s willing to fist fight over some bullshit like that, just ignore it and keep living your life. I always believe that dude (the one who elbows his way through the crowd) will eventually get what’s coming to him. Why fuck your night up by making it your job to deal with it. Pride is overrated. Trust me, the minimal bit of anger that causes will subside and your night will go on fine.

One rapper I’m not too fond of is Action Bronson. FUCK that guy. He just seems like suuuuuch a raging asshole. I think an oft overlooked key to longevity in the rap game these days is to have a strong female listenership (is that a word?). The T.D.E. crew has this, Action Bronson does not. TDE is gonna keep getting bigger and AB is gonna fade out. Do you agree with my statement?

I disagree with pretty much every aspect of this statement. I think Bronson is awesome. In fact, i’d say I like his personality (in interviews I’ve heard) even more than his music. He’s fucking hilarious and definitely has his own take on things. Sure, he might have a temper but I’d imagine that has more to do with how people come at him than the man himself. As for the point about female listenership, I’d say, on an underground level, it doesn’t mean shit. I mean, sure, once you get bigger, that’s what propels most through the stratosphere. But as an indie guy? While it would be nice, it’s not necessary. Look at dudes like Necro or RA the Rugged man. You think they have huge female fanbases? Those dudes have been around and successful since the early 2000’s. Hell, even a guy like El-P. You go to his shows and they’re 85% guys. Having female fans is huge when you’re Drake or ASAP Rocky but , to the lower tiered guys, it’s just a bonus. Sadly, most hardcore rap acts have done fine without them for years and will continue to do so.

If you were trapped in a closet with a gun with one bullet and these three types of people, which one would you kill and why?
-A wishy-washy person
-A person who holds grudges
-A person who complains about everything

Ohhhh….this is tough.
Off the top, I’d let the wishy washy person go. They’re annoying but you can live with that. What’s more harmless than A Wishy washy person? also, it would suck to shoot a wishy washy person. Imagine the type of begging for his life he’d do…
Between the last two it’s tough cause I feel like, on one hand, the person who holds grudges only really effects those they hold grudges against. They’re extremely petty but, outside of that, might be good people. Meanwhile, a person who complains about everything can be a huge downer BUT they’re often very funny about it.
But, of these two, I guess I’d dead the complainer, but only cause it’s constant. Holding grudges would be less prevalent in the day to day interactions. Also, I ca imagine shooting a person who never stops complaining and not feel that bad about it.
That said, I’d probably rather be friends with the complainer cause grudge holding is truly a pathetic trait for anyone to have.

BONUS QUESTION: Don’t you think the “freaking out on computers” image type meme is getting a bit much? I googled ‘women shouting at laptops’ and there were absolutely TOO many stock photos to choose from.

I’m not quite sure what I’m picking here. Which laptop I like most? None of the above. THey’re all PC Pieces of shit. I’m a mac man.
Or am I picking what expression I relate to the most?
Hmm…Probably the pensive asian girl.
Or am I picking which girl i’d like to most have sex with of this bunch?
I guess I vote for the first one, even though she’s in a bad place in picture.
as for the bonus question, I really don’t think this qualifies as a “meme”. It’s just something people have taken to many pictures of. It’s not meme status yet and , very likely, won’t ever become one.

That first “true” day of spring: I think it requires a nickname, because it’s such a definable, stand-out day. You know what I’m talking about…when winter feels like it’s finally over. That day where guys walk around, and bout that life. That day where girls assess one another’s fashion choices and oddly feel vEYEolated for not having a jacket covering their body. WHAT SHOULD THIS DAY BE CALLED???

In NYC is should be called “Public Boner day” cause girls out here are quick to start wearing next to nothing the second the temperature his 66 degrees. It’s as if thousands of hot, scantily clad ladies are released into the streets who had no been there a day earlier. It really is the best. Way better than christmas or new years eve.

I like reading your thoughts on the whole “sugar daddy” scenarios and I went back and read your older article. I’d like to elaborate on the topic with a couple other questions?

1. What if there is sex involved in the dynamic?

2. At what age difference do things start to cross that creepy factor? Obviously, many men are at least somewhat older than their respective partners.

3. Not necessarily sugar babies, but gold diggers in general, can you always blame them? I mean yeah, it’s shitty, I couldn’t do it (even tried once and it felt so wrong) but for some women, it could be the best thing that ever happens to them. In instances where the woman comes from a shitty background with not many future prospects and then some guy comes around and gives her security….while sorta fucked up, I don’t think those women are the worst in the world.

4. Do you think or would you peg a woman as a gold digger simply because her significant other is rich and buys her gifts? I think there’s some gray area here because I’m gonna assume some of these people might actually love eachother.

1)If there is sex involved than it’s totally different. That either means the girl is actually into it OR she’s a real deal prostitute and doesn’t even know it. I’d venture to say that , if a girl is having regular sex with her sugar daddy, she’s signed on for more than just free mink coats and fancy trips. She’s in it for the long haul. So, in a way, it’s less a “sugar daddy/baby” situation and more just real relationship…even if she’s in it to get his money when he dies in a few years. To the guy, it’s real so that’s better than just some girl keeping a lonely old pervert company and accepting gifts while keeping him at arms length.

2)I think it depends. Personally, when i see a girl in her early 20’s with a guy in his late 40’s, it’s a little weird. That said, maybe her dad left her when she was a kid and she’s actually into it. Who knows? every situation is different. But, in general, a 20 year age difference where the girl is in her early 20’s is kinda creepy to me. When you see that, there’s is definitely something wrong with either the guy, the girl or both of them. A 30 year old dating a 50 year old isn’t as big a deal to me…but early 20’s? Yuck.

3)I mean, there’s two levels to them. On one hand, they’re getting money by any means necessary. So, in that sense, I can somewhat respect the hustle. On the other side of things though, that’s some devious and lazy shit. Just get a fucking job. When a woman does that, she’s truly minimizing her worth as a person. She’s basically saying “I’m too good for work…I’ve got these physical assets. So let me make that “my job”.” Her job? Lying to men, milking them for money and being a cocktease. That’s what strippers do. So, while she may look down on strippers and sex workers, she’s still a glorified off shoot of those very same professions.
The situation you described in the question paints the picture of a different kinda girl. One who fell into a good situation and opted to ride it out. In general, Gold diggers are far more shrewd and have a game plan intact.

4)oh for sure. Some rich dudes love buying their women they love gifts. Just cause a girl is with a rich dude who’s older than her doesn’t immediately make her a gold digging whore. There is tons of grey area with this entire subject.