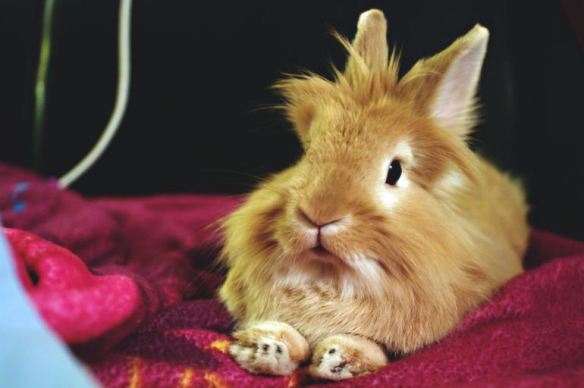 Happy Cinco de Mayo! Or not…isn’t this some made up holiday that only americans celebrate on behalf of latinos? I could be wrong. In fact, I probably am so , please, feel free to not correct me on that cause, seriously, I don’t care. Do you. Drink some beers during the day. That’s what Cinco de mayo is all about, afterall.
Anyway, welcome to another edition of “Answers for questions”. You ask. I answer. I’m always looking for new and interesting questions so, if you’d like to join the fun, send them my way. Either email them to me: phatfriendblog@gmail.com Or leave them in the comment section below. Both options have a 100% success rate.
So, let’s get into this weeks batch…

Being interviewed. I’m sure it isn’t one of your most favorite things, but what can an interviewer do to make the experience more enjoyable on your end? Can you give some tips for….
A) phone interviews?
B) in-person interviews?
C) in general?

This question feels strangely meta.
I think tips for both phone and in person interviews are the same…
Interviews generally go one of three ways.
1)It’s a person who kinda knows about you, did a quick internet search about you and asks very basic questions like , for me, “Where did your name come from?” or “What’s it like working with aesop rock?”. I’d say most interviews fall into this category and are painless but extremely boring. At best, they’re familiar with one thing you did (with me, it’s my first album. Always).

2)it’s a person who has clearly never heard of you (these are generally for corporations or larger publications) so the questions are along the lines of “What kind of music do you make?” and “Who are your influences?”. These are ALWAYS shitty cause neither you nor the interviewer really wanna be there and you both know that it’s pointless. No one is gonna read that interview and come away from it a new fan or even remotely interested.

3)A person who is actually a fan and they have interesting questions to ask. It’s often nerdy but it’s the best. Honestly, just answering questions that you can tell the person asking is excited about is nice. These tend to go longer and I feel like I get to be myself. The other two kinds generate more “stock answers” while this type of interview is more conversational.
So, basically, the best way to interview someone is to know what you’re talking about, know about their history and don’t ask played out questions. Have your own angle. Unfortunately, I’d say about 5% of all the interviews I’ve done have gone like that.

Recently I read your movie preview reviews and noticed there weren’t any super hero flicks included. Though you don’t strike me as a comic book geek, I was wondering what your thoughts are on that whole movie sub genre.

With a few exceptions, I don’t give a flying fuck about comic books or comic book movies. Sure, a few of the newer Batman movies were cool (I’m not even remotely into them on the level most people I come across are though). The Avengers was fun. I actually enjoyed a few of the X-men movies the most of all. But, really, when it comes down to it, it’s just not my lane.
I actively loath all things superman and spiderman. Always have. Not to mention they’re really starting to scrape the bottom of the barrel with some of these newer superheroes they’re trying to make happen. Like there is gonna be an “Ant-man” movie? What the fuck is an ant man? It’s a good thing Entourage already deaded “Aquaman” ever happened cause can you imagine what a load of shit that would have been? Yikes.

I’ve seen you write that SATC ruined NYC, could you elaborate on this, if you haven’t already? I’m the kind of dude who likes to have a girlfriend (weird, eh?), and thinks it’s good to do stuff she likes once in a while (especially if it’s watching a tv show, then I can just get a nap if I don’t like it), so I’ve seen a fair share of SATC (actually most of it tbh). It’s not great, it can be super lame, but I also think it has it’s funny moments.

Where I live (Denmark, Europe), I think it influenced a whole generation of young women, in a mostly positive way, so I think it would be interesting to hear a New Yorkers perspective on it.

I’d like to point out that this is the second Sex and the City related question is two weeks. That’s so fucking weird. That shows been off the air for like a decade now, right? And I’m a male adult. Anyway…
I think most men who had girlfriends at that time can relate to being forced to watch a decent amount of Sex in the City. You are not alone, my friend. Though, it sounds like , you secretly kinda like it. Only god can judge you, bro.
Anyway, when I say that SITC ruined NYC , it’s hyperbole. Many things have knocked NYC down a few pegs but SITC is more just a detail. The shittiness that SITC bought to the table is nothing tangible. I think, it showed NYC in a particular light. A glamourous one of expensive martini’s and horse rides through central park. People all over the world saw this and were like “Hey, I wanna live like that!” and decided to move here. Problem is, the majority of NYC isn’t even remotely like that. In fact, all the best parts and aspects of the city could not be less like that. So, these people moved here (by “these people”, I’m speaking mostly of corporate working women from the middle of nowhere and vertical striped shirt wearing grown frat boys who could best be described as “basic”) based on those ideals. It happened at such a fast rate that NYC started adjusting for them. In the past, NYC would just do what it does. You didn’t like it? You didn’t move her. But with this influx of dipshits who , honestly, would never have wanted to live here pre-1999 , the city started changing. It started to become more like SITC and less like the actual city it got famous for being. Now, to say this is all because of SITC is ridiculous but it’s definitely an element and, more so, it’s a metaphor.

I know you’ve already covered yung lean and probably don’t want to give him any more attention. But he’s got a tour all over Europe scheduled now. So what’s the deal? Is he for real? Does he even know what is going on? Is he doing this intentionally like some people think

Someone like 3pac is intentionally bad, that’s easy to tell. Riff raff probably started out unintentionally bad, then recognized what was going on, and now people actually like him for who he is. But with yung lean I just don’t know what to think. I like his beats and his videos are alright, maybe if he was rapping in swedish and I didn’t know what he was saying I wouldn’t be bothered so much by this.

I wrote about him a while back and , to this day, I get a comment or two every day from Yung Lean supporters telling me to go fuck myself. In fact, I’ve stopped even approving comments cause it’s pointless.
https://phatfriend.com/2013/07/24/hey-guys-lets-not-make-yung-lean-a-thing-okay/
The funny thing is that, while I definitely dismiss his music in the article, it’s clear that most of the people commenting didn’t even read it cause they all seem to overlook my point entirely (That being that I was asking the blog media to not make him “A thing”) and just leave super involved messages about how I’m a hater and how Yung Lean is the truth. You can tell a lot about an artist by their fans. I have my share of stinkers (have you read my facebook comments lately?) but this dudes fans are mostly clueless children with bad taste who lack the gift of self expression through the written word.
But, Like I said, I’ve written about him already. My stance hasn’t changed. His newer video isn’t exactly setting my world on fire but, hey, he seems to be settling into a world with a bigger budget.

It should be noted that , as he gets older, it’s clear he’s getting less weird and more just “whatever” as a rapper. He’s always sounded like other rappers but now he’s just sorta sounding typical to his genre. That strangeness is going away. Which kinda disproves anyones case who was saying he’s innovative in any manner whatsoever. He’s just a swedish kid who raps , guys. Sorry.

What’s your personal record for amount of times masturbating in a day?
10 or 11? I was like 12 years old. I think my friends and I used to challenge each other to see who could bust the most clear nuts (when you’re 12, not much real sperm comes out). Then we’d report back. I recall a friend saying he went 14 times. A boy going through puberty’s drive to bust nuts is truly next level. Any time I see a group of 13 year olds I try and avoid getting anywhere near them on the street cause I assume they’ve got sperm all over them.

Do you believe in ghosts? Why or why not?

I’ve definitely had those “This shit is haunted!” moments but I like to think I don’t actually believe. Thing is, if ghosts exist then that opens doors to a bunch of other shit I definitely don’t believe in (heaven, hell, god ,satan). It would be hard to have one without the others. That said, i definitely believe in the possibility of ghosts way more than those other things so, you know, you never know. But I’m a fairly skeptical person in general so, until something like this is proven to me, I’m not buying it. (just in case though, that was NOT an invitation for some fucking ghost jerk offs to make themselves known in my house. I already got mice. I’m good.)

I think I’ve commented on like two videos in my entire life. One was correcting an incorrect fact about me (I don’t post as “Blockhead” though so who knows how that went over) and the other was me complimenting something or another.
As we all know, youtube comments are where happiness goes to die. Mix that with the fact that I’m prone to getting into pointless arguments on the internet and you’ve got a problem. Because of that trait, I avoid them. I read them at times but, especially where my own music is concerned, I keep my mouth shut.
A word to people who do leave youtube comments: Your parents failed but don’t blame them. Just know, you and only you can make yourself an asshole. It’s a choice. Be a better humans and stop starting arguments over everything. You’re not clever. You’re not interesting. You’re bored and stupid. And that’s a terrible combination.