What’s up,
Welcome back. I hope your long weekend was satisfying. Mine was extra long as my brother got married. Congrats to Nice and Michelle! In other news, it’s warm out.
So, this is where you guys throw me questions and I answer them. The thing about this column is that it cannot exist without you. so, if you’d like to become part of the magic, I’mma need to to send me questions. Either leave them in the comment section below or email them to me at phatfriendblog@gmail.com. Either or. Be creative. Be weird. My answers are only as good as the questions you ask.
So, let’s get into this weeks batch.

How do you “feel” about the following term?
feminist

Hmmm…I don’t really feel one way or another about it. It’s a word that has so any different meanings to so many different people it’s kind of impossible for me to pin point a feeling it gives me. For every Gloria Steinem there’s a Courtney Stodden, and both of them consider themselves “feminists”. Who’s to say what it really is? (Though, I’d guess it’s leaning HEAVILY towards Steinem and away from the demented child bride with the huge fake tits).

I doubt you’ll answer this question but, I’m assuming you quit weed, but when I smoke it helps me create really interesting beats and melodies. Have any other drugs inspired your music (not saying that marijuana is necessarily an inspiration for your music)? I’m just curious because I feel that marijuana can help create some pretty dope music, by helping bring out several ideas in such persons mind. I really like how your music kinda has this underlying melancholic feel to it.

The only thing weed ever did for me, musically, was either help me enjoy listening to it more or help my freestyles when i used to rap. Back when I smoked, I tried making beats and they never came out well. While i was making them, in my mind, I was making the best shit ever then, the next day when I’d revisit them sober, I’d realize they were not only bad, but they were mixed terribly and out of tune.
As for other drugs, I never tried or wanted to. It’s not like I’m gonna pop some mushrooms and then make a beat. If I’m tripping on shrooms, I’m gonna wanna be doing other shit. Though, I have often wondered what the outcome of that would be. I recall trying to write rhymes when I was shrooming and that didn’t work at all.
Basically, I’m just not one of those functional drug guys. If I do them, I’m not trying to add any element of responsibility or focus to them. And under rated thing about making beats (for me at least) is that there’s a type of math involved. Critical thinking as well. And I’m trying to do either of those things when I’m high.

If the following individuals can be so bad at their respective ages, why you gotta be such a wimp about getting old at 37? 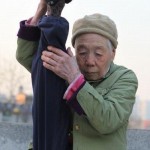 Well, for one, I’m not them. That’s a start. I can’t even touch my toes. So those old flexible motherfuckers are just a different breed of human than me. As for buff senior guy, that looks photoshopped. I really hope it’s photoshopped. Or, better yet, he’s only 35 and has just lived a drug fueled party life and his face has aged terribly. Also, genetics.

Hypothetically, who would be a more inappropriately matched celebrity couple to you – Orlando Bloom & Selena Gomez or Miranda Kerr & Justin Bieber?

Bloom and gomez. Sure, he’s a older than her and probably very different in all ways but men have been known to “date cute”. A really handsome dude dating a very cute (but not stunningly beautiful) girl is not abnormal. Meanwhile, A 6 foot tall model dating a 5’7” wigger asshole was only really a thing in the 90’s. Beibz couldn’t bag a girl like that. He does way better with girls who are shorter than him that pose on instagram in their underwear. I feel as that most women, past a certain age, see through the “Bieber mystique”. He’s like a “rebel” in the eyes of girls who have never met a real rebel. He’s basically the pop singer version of this little prick: 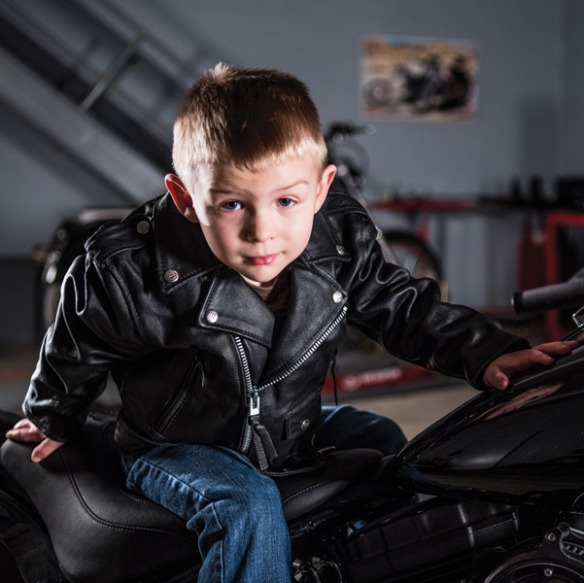 Have you ever been chubby? What age were you when you were at your heaviest?

You mean aside from this very moment? Yes.
In 5th grade, before i started growing, I was kinda chubby.

I was also one of those slob ass kids who refused to bath regularly and wore the same clothes for a week in a row. My principal actually pulled me into her office once and told me “Look Tony, You’re a cute kid but you gotta get it together. You’re dirty and your clothes are disgusting…” It was surreal…but, on the same tip, my friends older sister saw my unintentionally ripped jeans and told me they were really cool so, you know, there was definitely two sides to it.
But the heaviest I’ve ever been was 210. Probably 5 years ago. I generally weigh between like 198-204 so, thus far, it’s never gotten totally out of control. That said, I’m in the midst of a serious long term injury (torn abdomen muscle) that’s made it impossible for me to exercise with any regularity since the beginning of the year so i might top that 210 in the very near future. Yay! Kill me.

Just saw a documentary about The Big East Bball leauge the players were amazing, coaches were characters and the games were insanely entertaining with the rivalries and so on getting so intense. Did you go to or watch any of these games what was it like vs a regular NBA game?
Who did you root for?

I don’t fuck with college sports at all. Not in the slightest. Not even the final four. i tried watching a little of it but it was simply just not good enough basketball. The drop off in talent between that and pro basketball is so vast, it’s crazy. I get that people like the “rough around the edges” and the “at least they’re not overpayed athletes!” aspects of it but, for me, I want to see the best players play. Not a bunch of kids who took a science test earlier that day.

I use last.fm to track my music and check my profile every so often to make sure I’m keeping my hipster cred (although never actually tell me I’m a hipster, I’ll deny it). Recently I’ve been having an issue where I’ll be listening to an artist whose name is shared with a modern, more popular artist. As an example, I love “Ball of Eyes” by the jazz-rock band Placebo, but it scrobbles as being by some alternative-rock band. Similarly, I’ve been bumping “Original Man” by the prog-rock group Riff Raff, and I’m sure you can see the problems I get into there.

I don’t really have this issue with the bulk of my music, since U.K. Garage and Witch House producers usually have the decency to at least pick a name that no sane artist trying to get ahead would have.

What should I do to fix this situation? I’m loosing hipster cred by the minute. Please help!

Oh man. That’s tough. How have you been able to sleep at night? What will your witch house friends think? Holy shit, can you imagine what they say about you at the bi-weekly Witch house tea party? I bet they’re all like “umm…did you see Kyle’s LastFM scrobbles? umm…hellooooooooo….not even half of them had upside letters and spell black like “BLVCK”.” Dude, I feel your pain. I think what you might need to do is just stop listening to the prog rock Riff Raff and just take the loss. Otherwise, who are you really? I’ve seen people get their cool guy license revoked for less!