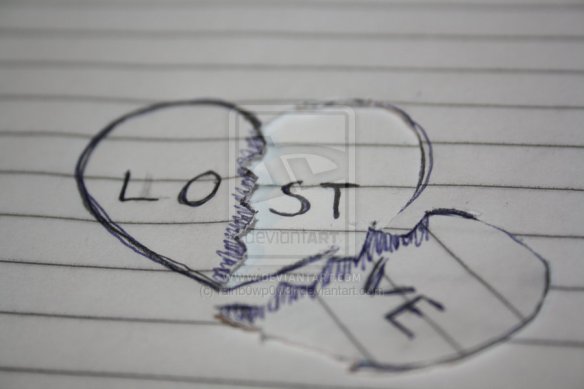 Hello and welcome to another edition of “Ask Dr. Tony”.
This is where you ask me to solve all your personal problems. Why me? Good question. I’m not even a licensed driver, let alone psychologist but, for some reason, I’ve been told I give decent advice. At the very least, I’m honest and have nothing to gain or lose by shooting straight. I’m Certainly a better person to ask than your dumb ass friends who probably don’t wanna deal with any of your shit in the first place. So, ask me! If you have problems that need solving, send me questions to phatfriendblog@gmail.com or leave them in the comments below. It’s always anonymous and , as much as an asshole as I may seem at times, I’m only trying to help.
So, let’s get into this weeks batch….

Hi, Dr. Tony! I’m from Sweden so my english might not be that good so sorry about that! Sry for making this long! Big fan of your music btw!!

Anyways:
I have this female bestfriend that I’ve known for like 7 years and we get along great. I always make her laugh, we hang out frequently, we always have fun together and she tells me everything because I always listen and try to help her and so on.
We used to talk like every day which made me happy and less depressed so eventually I fell in love with her. I really enjoy spending time with her.
But about 3 weeks after her break up with her now ex boyfriend, she got a new boyfriend and she changed completely. She doesn’t talk to me as much as she did before and we’ve only hanged out a few times.
The few times that we’ve got together after her new boyfriend, I noticed that she changed the way she was towards me.
For example, before she had this new boyfriend, she used to hug me whenever we got together but after she got this new boyfriend, she doesn’t do that anymore. The times I tried to hug her whenever we met up or after we’ve hanged out, she just shakes me hand and then she leaves. If I had any luck.
I’ve wanted to confront her about that but I didn’t wanna get into a fight about it so I dropped it.

After about a month, she still didn’t talk to me as much as she used to. She only contacted me whenever she wanted help with something and I could not refuse because I missed talking to her.
Again, I wanted to confront her about it because it felt like she was using me but I didn’t want to get into a fight about it which might have led to us not being friends anymore. So I decided to drop it.

After several weeks, something really bad had happen to me and I really needed someone to talk to. So I asked her some questions that I thought would make her ask me “What’s wrong”? but instead she changed the subject (which she has done several times whenever something serious had happen to me and I needed someone to talk to).
So after that, I got really hurt and decided not to talk to her anymore.
She keep sending me snapchats mostly of her and her boyfriend that I still don’t answer and she even asked me about a picture of her on her facebook, but I was really cold to her so that she could notice that something is wrong, but I don’t think she has.

I’ve been thinking of talking to her a really long time now because I really miss her and I feel bad but I also really want to confront her about all this but at the same time I feel like I shouldn’t talk to her because of how she has treated me. So, what do you think I should do?

Sounds to me like you’re planted deeply in the friendzone. And not just any “friendzone” but a friendzone where you’re only of use when she needs something. I can’t speculate what her relationship with her ex-boyfriend was like but , if this new one came in and she was all of a sudden distant, it leads me to believe a few things-
1)She likes him a lot more than the last one
2)The last one was never a “permanent fixture” so she kept you around as something of an emotional tampon she could flirt and have fun with.
3)The new bf could be a more jealous type and she’s just acting this way cause she knows it wouldn’t be okay with him to hang with her platonic hug buddy all the time.
4)She’s been well aware of your feelings towards her the entire time and she’s even more aware of how to control them.
Basically, she sounds like she was never really interested in you in that way but she likes you as a person. So, she kept you around until this current boyfriend. Because she has all the power in the relationship (the person who cares less typically does), she can dictate when and how you guys see each other.
As for what you can do…well, getting pissy at her isn’t gonna help anything. That’s just you being childish cause the girl you like didn’t like you back. I know it’s easier said than done but you gotta just move on with your life. Don’t be a dick to her but also let her come to you. Chasing after her affection has already been proven to not work. You just gotta move on. Who knows, maybe she’ll break up with this guy and come back. Hopefully , by that time, you’ll have realized that she was a shitty friend from the get go and want nothing to do with her. When guys have crushes on girls, we really let that shit fog our vision, in terms of the actual type of person we’re dealing with. Now, i don’t know this girl and I do feel I’m painting her in an unfair light, based off of what you wrote. For all i know, you could be one of those annoying “ducky” from “Pretty in Pink” ass dudes. But, still, I’ve been in a similar situation in life and just moving away from it all was the best move possible. In the end, I doubt she ever had plans for you beyond friendship. That sucks for you but, hey, life isn’t easy.

Please give me some solid time management tips. You seem like you’re an ace on the subject of punctuality whereas I consider myself more of a noob. An (asshole) noob…

I’m one of those overly punctual people. In fact, some (everyone I’ve ever met) might call it obsessive. I’m always a little early to everything. I’d like to say it’s cause I’m not a selfish asshole and I know how annoying it is to make people wait (that’s part of it) but it’s got way more to do with me just NEEDING to be on time in general.
Thing is, I don’t know if there are any real tips for stuff like this. Telling you “go faster” isn’t gonna work. The best advice I can offer is set up realistic timeline of how long things are gonna take. My GF has this problem. She’s never calculated how long the actual traveling to the event will take so she’s always 15 minutes late. I always add on 15-30 for travel (depending on distance). For instance, If I have to be somewhere cross town at 9, I know that walking there takes 20-25 minutes. So I leave a half hour before I gotta be there. Where as my GF will leave at 8:55 , assuming a cab will be outside our door and no traffic has ever existed. I’m overly cautious, she’s less so.
Basically, just be realistic about the pace in which you move. Saying that it’s gonna take you 15 minutes to get ready , when you know it’ll take you 45 minutes, is a problem. My advice, just start the preparation earlier than you think and keep your eye on the clock. Being on time is fucking easy. It amazes me how hard it can be for some people but , in the end, it’s cause those people are either being absent minded , don’t know how time works or they’re just truly inconsiderate.

Yo Dr. Tony, maybe you could enlighten me on an issue I’ve been having. I’m 25 years old and new to the single life, yet it seems that every girl I date, no matter my intentions (i.e. strictly wanting to fuck), starts to develop feelings for me not long after we we first have sex. Now if these were 19 or 20 year old girls, I might understand that mindset of fucking someone and thinking it’s love, but these are women my age and a couple years older. I don’t have Ryan Gosling looks, so acting like a disinterested asshole doesn’t really work for me, but rather I rely on my charm and humor. Some guy friends tell me that this is where I go wrong, but I feel that if I didn’t use those traits, I wouldn’t be getting any girls at all. One of my close girl friends told me that the reason these girls fall for me is because of my stable situation (living on my own, good career, healthy and active), but I know other guys in similar situations that don’t seem to share my problem. The thing is, I had a long-term relationship in college, so I’m not exactly trying to wife anyone up at the moment. When I do tell these women that I’m not looking for a relationship, their feelings get hurt and I feel like a dipshit. My question is, is their anything I can do early on to communicate that I’m not looking for anything serious, or would these women develop feelings regardless?

Being a nice guy with a good living/life situation is always gonna create confusion with this kind of thing. I’d be willing to bet, because of those two things and that you’ve also been in a long term relationship, you give off strong “Boyfriend” vibes. Girls can sniff that shit out and , at the age you are, a lot of them are ready for a boyfriend. I had similar issues when I was single in my late 20’s and I found the best way to combat it was to be totally honest. Wear your intentions on your sleeve. I don’t mean “be a lecherous scum bag” , I mean let that person know you’re just trying to have fun and nothing too serious. The beauty of getting that out there early is that it’s really just a “proceed at your own risk” sign for girls. They’ve been warned. If they go along with it, great. If they proceed then wanna make it more serious, you still can be like “I told you what i was about”. Sometimes a girl will hear that and be like “nah, that’s not what I’m looking for” and that’s totally fine. As long as you’re understanding and cool about that, it’s a non-issue. So, yes, you may lose out on some sex here and there but, in the long run, your sanity will be kept.
It’s funny cause being the unwilling single guy who girls wanna relationship with in your 20’s is kinda like the grown up version of being in the friendzone in your late teens. If all about how you present yourself. In both cases, being a “good guy” has a lot to do with it. Sucks, right? But stay the course cause , in real life, good guys actually do tend to win eventually. At least in this respect.