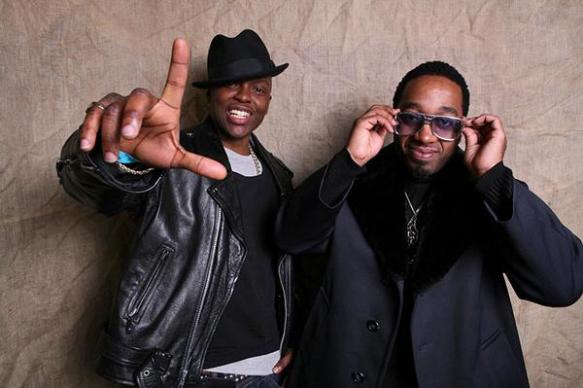 Thanks to wonders of google (and my fleeting memory), I just looked up how long ago Camp Lo’s debut album, Uptown saturday Night, dropped. 1997. Honestly, I would have guessed it came out earlier but maybe that just goes to show how timeless an album it is. But, still, 17 years is a long time. In one year, we will all be able to have consensual sex with that album in all 50 states of the US. That’s a big deal. Anyway, I bring that up because I feel Camp Lo is one of the more down low consistent groups of all time. Sure, all their albums post “Uptown Saturday Night”, may have slipped under the radar but, quality wise, they’ve never really faltered. Not only that, but they’re also a group that I can confidently say have never sounded like anyone else. Or dressed like anyone else, for that matter.
Well, it’s 2014 and apparently they have a new album dropping on Nature sounds records. An album entirely produced by legendary beat maker Ski Beats. The same dude who did all of Uptown Saturday Night. As a fan, I’m pretty excited about the whole thing. The first song leaked off it this week and I’m wondering what your take on it is. What do you think?

11 thoughts on “Yay or Nay: This new Camp Lo song”