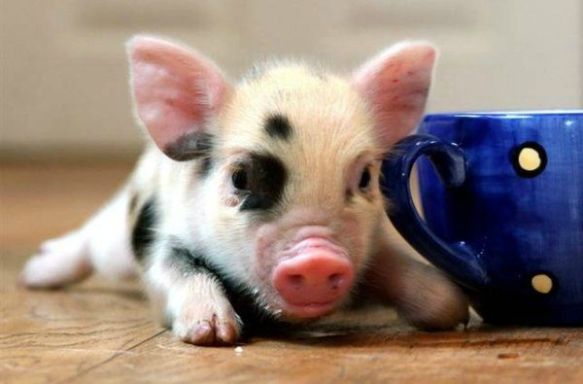 Sup party people in the place to be (probably a cubicle or your toilet). Welcome to this weeks edition of “Answers for questions”. you guys send me questions, I answer them. The better your questions, the better my answers. It’s so very simple. If you’d like to become part of it all, it’s simple. You can email your questions to me at phatfriendblog@gmail.com or leave them in the comments section below. Everything is anonymous so no fear.
This weeks batch has a few questions i’ve probably answered in some form or another but , you know what? This is volume 198 so theres a good chance that 95% of the people reading this didn’t catch it the first time.

What is the worst and best job that you have had? (besides being an artist)

I’d like to preface all this by saying I have never had great or terrible jobs. Only decent to bad jobs. They all were low level and never were financially satisfying. I was a college drop out who truly didn’t give a shit about what kinda work I did, as long as they paid me, game me limited responsibility and it gave me time to chill with my friends when I wasn’t there.
Worst Job: I worked security guard at a place called Kim’s Video that used to be on St. Marks place. They sold movies, cd’s and vinyl. You’d think it would be fun on some level but, really, it was just me standing in one place for 8 hours a day not doing anything. I literally never caught a single person stealing (Honestly, I don’t know what I would have done if I had). Beyond that, most the people who worked with me were assholes. That’s a huge part of working a job that blows. It can be made decent by the right people. Hell, one cute girl co-worker can turn the worst job ever into something you look forward too every day. This place did not have it. Just pissy angst filled hipsters and grumpy african dudes.
Best job: I guess I gotta say the bakery I worked at , on and off, for 6 years. I worked behind a counter. I liked my co-workers, I got tons of free food, I had total freedom and I also make a ton of money under the table. On top of that, I could play any music I desired (which was a big deal at that point in my life). I even got hooked up with a few costumers. It was a menial counter job but it was pretty lax and fun.
Other jobs included: Manual labor, Teachers assistant at a school for kids with learning disabilities, record shop counter guy, bus boy and cafe worker. Not exactly an amazing resume.

I’ve seen you mention several times on this blog that you have never driven a car once in your life. Out of every state in the U.S., New York probably has the highest concentration of people that can claim this. If someone in their 30s lived in another state, and told me they have never driven a car before, I would have trouble believing them.

Do you ever feel embarrassed about this while you are outside of New York on tour? Do you try to avoid the topic with new acquaintances? When it does come up, do you feel like you have to explain and justify it to people? What is the craziest comment or reaction you have ever gotten?

I feel the opposite. I’m proud of it and I love talking about it. It’s the most arrogantly, bone headed NYC thing about me and I embrace it with open arms. As far as telling people about it goes, it’s always fun cause people are so amazed by it. I mean, it is pretty strange but I know a ton of other people just like me. We just never left New York long enough have to learn to drive. My explanation is always the same “I’m born and raised in NYC and you don’t need to drive there…ever”. Then, undoubtedly, they bring up “what would you do in an emergency” to which I reply “I’d imagine I’d figure it out or die” Either way, whatever that emergency would be, it’d probably be killing most of NYC regardless of their driving skills.
Honestly, I’ve never had someone react to it too crazy beyond “whaaaaaaat?!?!”. It’s not that big a deal, in reality.

What’s the groupie sitch for you and aes?
I’d imagine his groupie is sitch is like mine but times 1000. Meaning, they exist. I’d even venture to say his groupies would be far more obsessive and extreme than mine. After all, he’s a rapper. He uses words. That kinda thing is gonna have more of an effect on people than my wordless ass beats. But, beyond that, I can’t speculate his groupie sitch.
For me? I’ve been in a relationship for 6 plus years so there’s nothing too exciting to report. I get hit on at shows here and there. It happens. I pretty much just play dumb and try to be so nice that the girl assumes I’m a eunuch. While it hurts my soul to do that ( especially when the girl is attractive) it also keeps me out of trouble.
On the bright/dark side of all this, as I get older, i notice my fans are remaining young. So, it’s reaching a point where I’m simply too old for lots of these girls. They know it and I know it. So, that lessens the temptation on both ends. So that’s nice…and wildly depressing.

Do you think that women really talk more than men?
About what? Kinda vague question. If you mean about their feelings and emotions, then, duh. of Course. But I’m pretty sure I talk more about basketball than your average lady.
In general,I think it’s on a person to person basis. Some dudes can’t shut up. Some girls are quiet.
One thing I will say is that, in general, women desire to talk more than men. Like, I never try and talk on the phone and most dudes I know are in the same boat. Meanwhile, when I do speak on the phone, it’s undoubtedly a girl friend of mine who wants to chat. Nothing wrong with that, just something I’ve noticed. Basically, bitches be talkin’, AMIRITE?!?!?!!

You get to pick one of the following feelings to have for life, with a consequence to your choice:

1. The eternal safe and secure bliss of your parents picking you up as a child and never putting you back down, but you have the emotional temperament of a 5 year old for life. Mentally, physically, everything else is the same, but you wouldn’t be able to help blowing up when someone takes your tonka truck.
2. The constant angst and rage of teenagedom, but you get to physically stay the age where you think you’re in your prime for as long as you want.
3. The physical soreness (but not restrictions) that most seniors have, but you get to go back in time to when you were in elementary school with all the knowledge you have now and play your life out as a wunderkind and use it to your professional and romantic advantage.

You can back out of answering if you’re happier with your life now, but you would then automatically be enlisted in the US military, and when you get drafted your bunkmate is a chatty steve buschemi lookalike who talks in a falsetto. You’d definitely, but barely survive and come home after a year.

I like the face saving of the “out”. well done.
I think i’d choose #2 cause, sorry, but I was neither angsty or full of rage as a teen. In fact, I was pretty happy and all i did was hang with my best friends and jerk off all the time (not at the same time, guys). That’s about it. Even if, in this case, I am forced to be that way, we all know that hormonal stuff is kinda bullshit. Epsecially for boys. Teenaged boys are just morons. It’s not that complicated. That said, if you’re a rage filled asshole when you’re 15 , you’re probably gonna be a slightly evolved but similar version of that same person when you’re 30.
So, you see what I did there? I took you’re hard question and made it simple! I won! I feel like 5 year old being picked up by my parents, basking in secure bliss!

RAPID FIRE ROUND!
How on Earth did you produce the beat for “The Greatest PacMan Victory in History”? Seriously, how the fuck?… some information on how that song was assembled would be awesome.

I did it by not producing that beat as all. Aesop made that one. Awesome track though.
also, that video tho…

What are your thoughts on Chance the Rapper? It would seem his voice is a little hit or miss with people. His work has been refreshing though.
I think he’s very talented and capable of making good music. I don’t love his voice though and his taste in beats didn’t thrill me either. I could see him taking it to another level though so I’m certainly not writing him off.

What has been your worst experience with an animal? Dog, cat, bear, kangaroo, whatever.
I’m allergic to cats so pretty much every experience with a cat is the worst. Fuck cats.
My absolute worst experience was when I was like 12 and showering at friends house after a little league game. I came out the shower with towel around my waist and he threw his cat on my bare back. His cat freaked out and hung on my back skin with his claws for a few seconds before losing his grip. I feel as though it was that day I become allergic. Like a vampire bite.

Are you a Star Wars guy? If so, which color lightsaber would you fucks with?
Not in the slightest. I don’t give a fuuuuuuuuuck about most Sci-fi stuff. In regards to star wars specifically, I loved it as a child but i don’t think I could sit through 5 minutes of it now. In fact, for the most part, those movies are pretty shitty.

Only to hip hop purist people. Otherwise, it’s a hit. I also bump some 80’s music but I have no shame about that.

I feel as though “guilty pleasure” means something you know sucks but like anyway. I feel as though I could defend anything I actually enjoy in some way or another. Even if I liked “Since you’ve been gone” by Kelly Clarkson, I could defend it on some level. For instance “I want it that way” by the backstreet boys is a legit good pop song. Well written and catchy as fuck. I don’t bump it when I’m alone but, goddamnit,I respect it on some level.
Tell me whyyyyy!