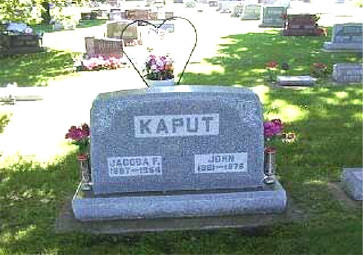 So, over the last few years I’ve been working on a new solo album. About 6 months ago, I finally finished it. It is called “Bells and Whistles” and I’d like to chat with you about it (as well as leak a song off it, but that comes a little later).

So, the first question I’ve been getting about this album is “Who’s putting it out?”
Well, first off, my time with Ninja Tune is done. After 5 albums, they opted to pass on the new record. “Why?” you ask. Basically cause sampling is too much of a pain in the ass to deal with for a record label. This is something I fully understand and there is absolutely no ill will between us. The writing had been on the wall for a while and them not putting this album out was not a shock to me at all. In fact, I’d like to thank Ninja Tune for the years we had together and say they are, without question, one of the most professional and organized record labels I’ve ever seen. They’re even fair, which is an under rated quality for a record label to have.
Anyway, once it was definitive that Ninja wasn’t doing it, I set out to find a label that would. I (my manager actually) sent the album out to a bunch of labels. The response was good but the same issue kept coming up. People were scared of the samples. After all, I make sample heavy music. While I’d argue that the stuff I’m using is pretty obscure, I can’t blame labels for being hesitant. After all, the way they make money off music in 2014 is by licensing songs for tv, movies and commercials. When a song is chock full of samples (as mine tend to be) that severely limits what these labels can do with your music. At the end of the day, this is a business and someone putting out my album for me doesn’t make sense financially cause it’s not like enough people still buy records to recoup those costs. I realize all this business talk is very unsexy, especially when leading into a new release but it’s the reality of putting out music in 2014.
So, after all that, I opted to just put the album out myself. I could blow smoke up your ass right here and give a manifesto on why I’m so happy to be self releasing this album but I’ll save that bullshit for people work in the press. This is not my ideal situation (At my core, I’m lazy and would rather have someone else do all this bullshit for me) but at least I have 100% control over my work. That’s always nice. It also makes this project far more intimate for me cause it’s literally all me. My music and my money, going directly into it. No other hands in the pot, financially or creatively. It’s weird to land in this position cause, as someone who’s been putting music out since the late 90’s, it’s like I’ve come full circle. I started out selling Aesop cd’s on the internet out of my mom’s house. We pressed them up ourselves, cut the covers ourselves and I’d send them all , one by one to random strangers. 15 years , 5 solo albums, countless works with rappers, and here I am again. The hustle has got more refined but it’s still very similar.

As for the album itself, it’s 12 songs long. Clocking in over an hour. It features no guests (accept Damian paris who has played guitar,synth and bass on all my albums). It’s all beats. I’m still waiting on the artwork and getting vinyl pressed, thus the non-definitive release date. I can say it should almost certainly drop in 2014. I’m gunning for a late fall/early winter release.
My plan is to press up a limited amount of vinyl. Maybe 1000 copies. That’s it. This will be some truly collectors type stuff right here. I plan on selling them on the road, as well as online. Otherwise, I’ll sell the album online digitally. The details aren’t ironed out but I’m hoping to sell it at a slightly lower price than normal. Like $7. Still gotta see if that makes sense. Regardless, it’ll be up on all the digital music sites for your buying pleasure. One thing I’m probably not gonna do is press up cd’s. I dunno…if touring has taught me anything it’s that people don’t really buy cd’s anymore. So, I’mma just skip that altogether.

As for this song right here…
I tweeted this yesterday

The response was heavy (which was nice to see) and the final tally of votes was actually incredibly close. Turns out, people like being depressed a tiny bit more than they like feeling good. I should note though, this song isn’t exactly depressing. It’s more just emotive. So, while it may not put a smile on your face , it also won’t be the thing pushing you over to the dark side. Basically, it’s an intro to this album I’ve got dropping. The rest of the album is all over the place, mood wise. I got that sad slow shit. I got that upbeat happy shit. I got that “driving in your car at 4 am on an empty highway” shit. I got that “walking home drunk after getting that girls number” shit. I’ve got that “scared in the woods” shit. It’s all there. I can’t wait for you guys to hear it. Until that is possible, I leave you this one song. It’s called “Kaput!”. Enjoy and thanks for listening. You guys are literally what make this all possible.

67 thoughts on “Hey! Check this new song off my new album (and let’s talk about all that)”