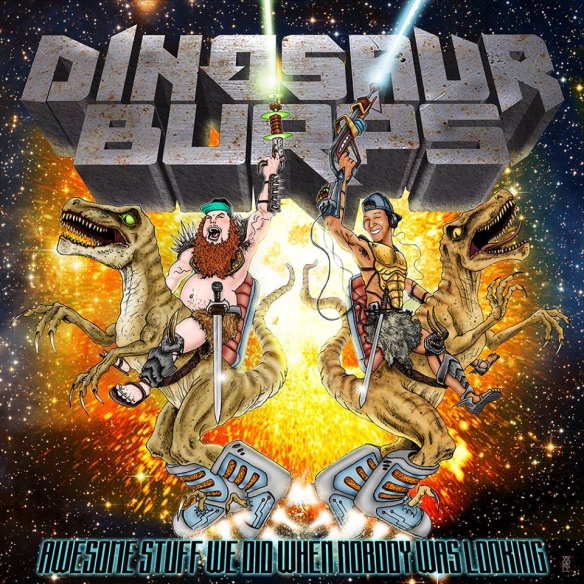 I’ve been doing these demo reviews for a few years now. Over the course of the two years, I’ve heard some really bad music, some very good music and , mostly, a lot of mediocre stuff that is neither here nor there. While the bad music is almost the most fun , every now and then , a group I review with actually stand out as music I would actually listen to in my spare time. In the case of these demo reviews, that’s happened twice. One time was this dude Vernon Bridges but the other time was a group out of West Virginia with a funny name. Dinosaur Burps.
I actually liked them so much I even did a “Yay or Nay?” with them, in which they were “Yay’d” by a landslide.
Well, it’s been a year or so and it would appear they have a new album out. I’ve heard it. I like it. Now you should hear it.
It’s called “Awesome Stuff we did when nobody was looking”
https://dayonemedia.bandcamp.com/album/awesome-stuff-we-did-when-nobody-was-looking
https://soundcloud.com/dinosaur-burps

This is one of my personal favorites from the album

and here’s a new video

Check these guys out! I feel as they’re the hometown kid done good. See, dreams do come true. Kinda. I mean, it’s only my blog but still, I’m proud of these dudes.

2 thoughts on “Root for the hometown kid! Dinosaur Burps.”