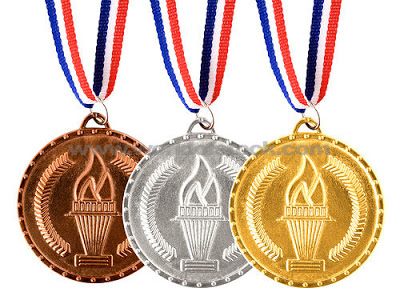 Hi there! This is exactly what it looks like. A simple game of Fuck/marry/kill. As always, i am forced to preface this column with a reminder that it’s not that serious. It’s shits and giggles. I’m not here to belittle the female sex. The only reason I don’t throw men in the pot is cause I don’t want to fuck them all equally. Except Clive owen. He’s the man.
Anyway, These are all reader submitted options. If you’d like to give me some ideas, feel free to leave them in the comment section below.

This is a tough one cause I’m really not into any of these things on any level. But, of the three, I find the grill the least gross so it wins strictly based of that. It would be no different than marrying a girl with adult braces except the added embarrassment of having that “Yeah, my wife had a permanent gold grill…” conversation over and over again. Physically, it doesn’t irk me. It’s just I feel as though a person who makes this life commitment is a cornball and that might wear me down. But, whatever, it’s better than a person who creates an open anus on their ears or whatever the fuck that corset thing is.

I’m a squeamish guy when it comes to certain things. While I probably wouldn’t flinch at seeing a person punched in the face of hit by a car, seeing things happen to skin grosses me the fuck out. Seeing skin pulled like how that picture above shows it, makes my balls feel funny and it’s simply not something I can look at for very long. I recall playing a show once where they had people hanging from the ceiling but their skin via hooks and I almost barfed every time I walked by it. This would be a no go for me on every level. I simply don’t have the stomach for it. Also, what’s wrong with you, girl? Take those fish hooks out your back! Call your father!
I’m simply not about that fetish life. At all. Ol’ meat and potatoes ass dude.

Let me first clarify, I fucking hate these things. I hate how they look. I hate how I imagine they smell (buttholes). The bigger they are, the worse. I legit have been turned off by them before to the point where I’ve seen an insanely hot girl with them and it was like she might as well have been a man to me. Look at the girl above. Perfectly cute. But, those things kill it. So, if anything, this is more of a statement of how gross that pierced corset thing is to me. But, i suppose, I’d have to fuck the huge ear gauge girl. Not in her ear gauges. Holy shit…that would be insane. i wonder if people do that? You know what? I’d bet my life that there are people out there who fuck the holes in other peoples ears. I mean, if there are dudes making love to each others peeholes (look it up if you wanna truly ruin your day), surely a handful of people have boned the huge hole in another persons ear. Barf.

Fuck yallllllll! I love Mayo and I don’t care what you think. If the food is savory, it will generally work with mayo (obviously there are exceptions). It’s creamy, tangy and , back when I was a single man living alone, literally the only thing in my fridge.
My love of mayo is probably the whitest thing about me , outside of my skin color. Some people love ketchup. Some love mustard. Fuck that noise though…I ride for mayo. I wanna make songs about Mayo the way Jay-z did about Beyonce. It’s that real.

The thing about soy sauce is that it’s very specific. It only goes with very certain foods. but, when it works, it’s the perfect sauce. I’m a guy who loves me some salty things so , you throw some asian food in front of me and I’m dumping soy sauce on it like it’s on fire. Hell, when I was kid my mom used to buy bricks of tofu (I lived in one of those healthy households that never had sugary cereals). I would take the entire brick of that flavorless shit, dump soy sauce on it and eat it like it was a steak And, you know what? I’d do it to this day.
But, like I said, soy sauce is not an everyday thing. So, I fuck it. It’d be some good , salty brown sex though. 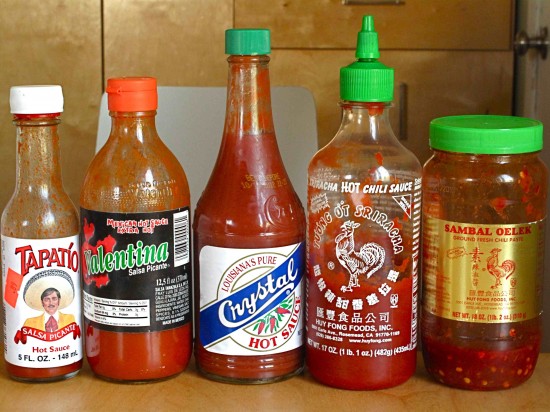 This one will very likely go down as my least popular choice in the history of fuck/marry/kill. I know how seriously people take their hot sauce. I know how much some people hate Mayo too. But, alas, this is my show and I get to make the choices. Straight up, i don’t give a shit about hot sauce. When I do use it, I tend to lean heavily toward the least hot ones possible. I love me some vineger-y shit but I’m not a fan of eating food that hurts. That burning you guys like so much? Nah, B. It doesn’t add flavor for me. It just makes eating food slightly uncomfortable. I do like when my sinus’ get cleared but, in general, if I have a choice to eat anything spicy or anything mild, I go mild every time. I prefer medium spice but I’ll take mild over something that makes me feel like I need to drink a glass of milk. I realize there are endless types of hot sauce and I actually do like it at times…but, in general, thats at the bottom of the list for me as condiments I crave. Sorry to everyone on earth cause I realize how much you disagree with me.

You know, this is the second time I’ve killed Wiig in this game and it really bums me out. She’s awesome. She’s hilarious and likable. It’s just…I don’t find her attractive. Thing is, she’s not unattractive at all. It’s just a personal preference I have. She’s kinda like a muppet. A hot muppet…but a muppet none the less. It also doesn’t help that her competition are two of my all time favorites from my youth. I swear, one of these days, I will marry her hypothetically…now is simply not that time. 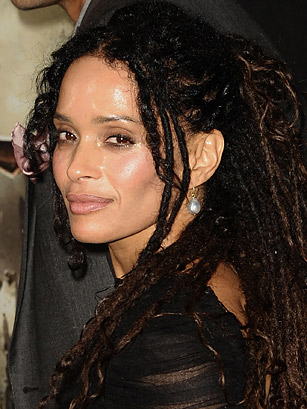 In her prime, possibly one of the best faces ever. Soooooo fucking pretty. She’s getting along in years a this point but she’s still beautiful. But, more than that, this would be a childhood dream realized. As someone who grew up watching the Cosby Show, she was always the one. Rudy was a kid, Vanessa was…Vanessa. And sandra was old and boring. But Denise? Gaddamn. She even was hip and hung out in the village. In fact, it would be safe to say she was way too cool for me but still…all the more reason. You also have to factor in that she was married to Lenny Kravitz. She must have some magic going on to keep him faithful for however many years that was. 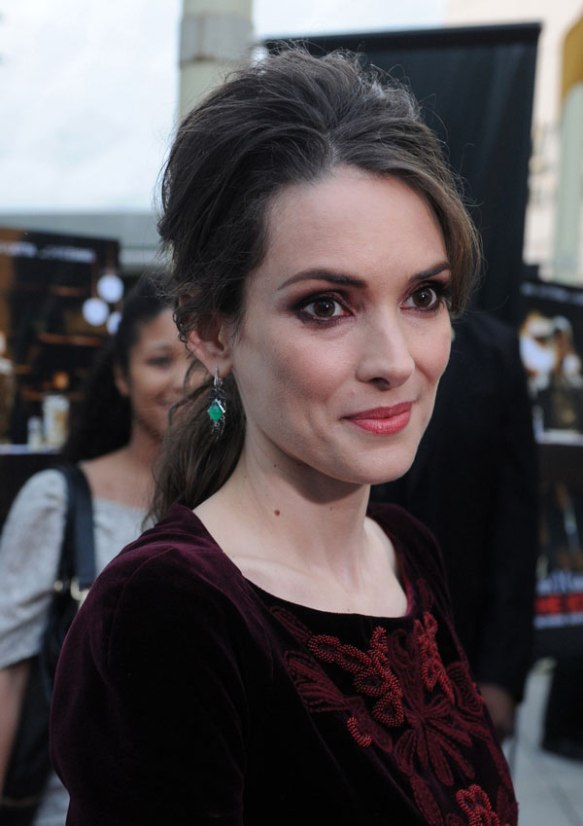 She must be in her late 40’s right now and pretty much looks exactly the same as she did 20 years ago. She’s is a freak of nature in the white woman aging game. Her and Marisa Tomei.
She’s been a favorite of mine for decades now and , honestly, one of the women of my youth that, to this day, is the blueprint of “my type”.
Cute faced Brown haired girls (though she’s a little paler than my favorite type) with curves who are kinda short. That’s my wheelhouse right there. And she’s 100% one of the reasons for that. Shout out to Pheobe Cates though.
So yeah, this is a simple choice for me.

This is a no brainer. I know people hate on Dr. Drew and shit on him for exploiting famous drug addicts but I’ve listened to enough Lovelines to know that he’s not a dumb man. He’s reasonable and actually knows what he’s talking about. He’s a guy who I think actually cares. Sure, he may spread himself thin but that doesn’t take away that he’s been doing this kinda shit for real for around 30 years. I’m pretty sure the other two dipshits offered up cannot say the same thing. Also, my girl is obsessed with him so she’d probably be pretty psyched if I married his advice.

I really don’t know shit about Dr. Oz except that he’s not Dr. Phil and his smile is mad creepy. I know Oz recently cause caught out there for pushing some faulty diet pills (or something like that) but we’re talking advice here. i don’t even know if he’s a real doctor. Maybe he’s just a good listener who failed upwards. Whatever the case is, the level of advice I’d take from him might range from “Hey, is this milk still good?” to “I dunno, do you think it’s too late to order a pizza?”. The last thing I’d ever do is ask some hyper smiley plastic faced man for advice about anything remotely important.
Side note, asking for advice with matters of the heart is bullshit. Not only cause no one ever takes advice but cause we are all our own people with our own nuances. It’s never black and white. It amazes me that we live in a world where “advice” is such a notable thing cause , really, when’s the last time you really took some life advice? Not often, bro. Not often.

I feel as though Dr. Phil is a doctor like I’m a doctor. “Ask dr. Tony” is as viable a source of info as anything Dr. Phil has ever put out there. Actually, i might argue my advice is better cause i will never bring god into it and I’m a reasonable person. Dr. Phil is some weird southern snake oil salesman who , I think, gets by cause he looks and sounds trustworthy to stupid people. I dunno…I look at him and see a lonely power bottom waiting for last call at a gay bar but, I suppose, in places where that kinda guy doesn’t
exist, he looks like the smartest guy in your town. Thank god I’m not from that town. I prefer power bottom Phil greatly.