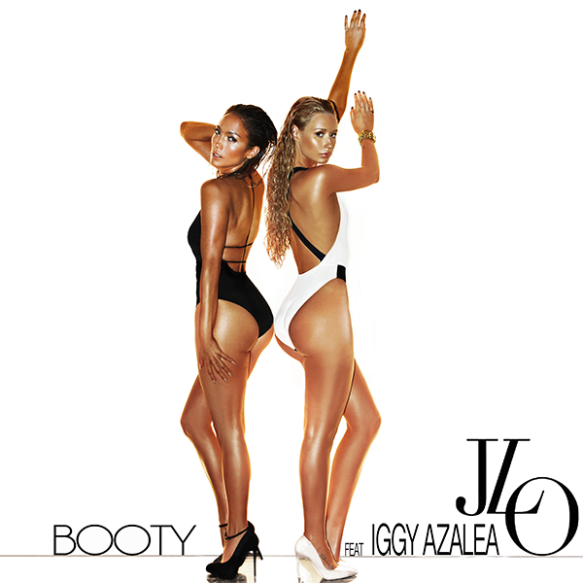 I haven’t done a nice rant in a while so forgive me if this is all over the place. Lots of things to compute right here…

Remember the “latin craze”? If you’re under 23 you might not. This was a time during the late 90’s/early 2000’s when , all of sudden, any and all things latino related became cool in the eyes of mainstream media. Marc Anthony was killing it. Ricky Martin reclaimed his Menudo glory. J-lo , who is both a terrible singer and awkward dancer, was praised for her singing and dancing. It was as if the illuminati had sent a letter to the 7 jew bankers who run the world that read “Hey guys, latinos are the new thing…make it happen!”
Or how about the late 90’s boy band explosion? That was when the Backstreet boys blew up and , in a wink of an eye, every remotely not ugly , mediocre singer from florida was shaved down and placed in a group with 4 guys just like him. Forced to dance and sing to teenaged girls about deep love, even though they most likely were about 29 years old and into some pretty fucked up things , sexually.

With popular culture, there are always these phases. They come and go and are typically replaced with something even more trite the next time around. It’s only a matter of time before someone does a song about giving hand jobs , it becomes a hit and , all of a sudden, we will be inundated with songs about giving hand jobs. It’s a follow the leader mentality at its finest. It’s gotten to the point where you can spot the beginning of the trends.
Right now, we’re in an ass renaissance.Sir mixalot was the man who set the wheel spinning and it has found it’s way into 2014 at break neck speeds. The powers that be have shaken their magical 8-ball and it landed on “ASS”.
Nicki Minaj Busted it open with her video about her ass. An ass, I might add, that is both insane and as real as unicorns. (side note: I REALLY wanted it to be real. I think a lot of us did…but it just can’t be. Sorry). I never thought ass implants would be a real thing that non-crazy people did. But, that’s where we are. Ass implants. Fake asses that are not really that frowned upon. Kate moss wept.
Today I watch this new J-lo/Iggy azalea video and I’m basically feeling like it’s the opening scene of a porn where the girl dances around in front of a pool right before it cuts away to her on a couch, reevaluating her life choices on camera.
Listen, I’m a fan of ass. I love it. But , dare I say, it’s almost too much?
I think the thing that gets me about this video (other then there is a scene where oil is dripping on the basically bare asses of two of the most famous entertainers alive today) is that it makes me feel like “Wow…it’s come to this…”. Lemme explain. J-lo’s booty has been a thing of worship for about 15 plus years now. She’s been known for it and has rode that wave for as long as I can remember. With that in mind, there was always an air of mystery to it. She never would REALLY give up the goods on film. Her older videos would show flashes of it. But never anything you could really sink your teeth into. It was almost as if dat azz was not meant to be seen as much as it was there to tempt the imagination of young men everywhere. It was the lochness monster of asses. Flash forward a decade plus and the stakes are no longer the same. Gone are the days of paparazzi photos of J-lo at the beach, giving us a voyeuristic look into this famous ass for a brief flicker of time. Now, it’s on display. And, it’s not only on display, it’s covered in baby oil and shaking directly into a camera for a what seems like hours. Now, it should be noted that J-lo probably looks better now than she’s ever looked. She’s a freak of nature. But I gotta think that this exposing of her holy grail ass was not something she totally wanted to let go. No, I think it’s more a “keeping up with the joneses” kinda thing where Minaj basically put all female singers on notice like
“Listen, we live in a fucked up world where we are judged by our sexuality, no matter how talented, rich and/or powerful we are. So, I’mma just go balls to the wall and do an entire video about my ass. Your move, bitches…”
What else could J-lo do? Well, I mean…I suppose she could just fall back, not make any more music and enjoy the millions of dollars she’s made over the years. Perhaps take a vacation with her young boyfriend. But, that’s silly. She’s gotta work.

It kinda reminds me of how every disney girl reacted to Miley Cyrus becoming the thing we know now. You can bet every aging disney/nickelodeon hoe on earth was checking their contracts the second the video for “We can’t stop” dropped. In this instance, I’d liken J-lo to Taylor swift.

In her essence, Swift is an asexual country singer who is more likely capable of human sacrifice than she is dancing on beat. She’s definitely said “ewwww…” when looking at penises before. But, country wasn’t enough and all of a sudden this poor girl is forced to try and become sexy and urban. Her hand was forced. It was a real “shit or get off the pop charts” moment for her and she did it. She shit all over the place. In J-lo’s case, that jump was to throw all mystery out the window and just bare it all.
I realize it sounds like I’m complaining. I’m really not. Seeing all this ass is a blessing for any guy out there who’s into that kinda thing (And I am into that kind of thing for sure). It just makes me wonder how far this will go. Clearly, tits are always in vogue. But 2014 is ass time. The sexuality of these artists is being pushed to such a point that I wonder what the landscape of music will look like in ten years. Will there be videos of billion dollar earning singers straight up blowing dudes between verses? How much more can this elevate?
I really don’t know what the ceiling for this will be but one thing is for sure, the huge space between “becoming a super star” and “becoming a porn actress” is lessening by the minute. Between these videos, sex tape leaks and stolen photos…shit is gonna hit the fan for real in the very near future. On the bright side, we get to watch it all happen. But, on the other hand, we also get to watch it all happen.