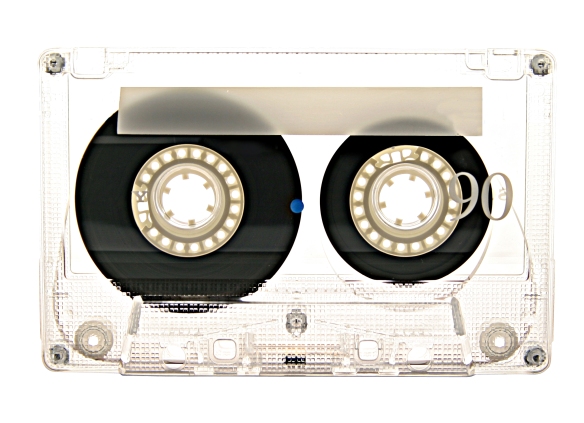 Hello and welcome to another edition of demo reviews. it’s been a few weeks but I’m back in the depths of hell.
Before I get into the regular business, I just wanted to make a public service announcement pertaining to this column. Over the past month, i’ve gotten a handful of complaints ,from people who submitted music, about the harshness of the reviews. Mainly, the issue is that I’m not giving enough constructive criticism or telling people how to improve their music. Well, to those people,I need to explain something. “Demo reviews” is for entertainment purposes. At no time have I ever said this was a workshop for bettering peoples music. I’m not a teacher. In fact, my opinion is a shitty one to take in the first place. It’s for that reason, when I open submissions, that I warn people. I tell them “If you’re prone to getting butthurt about things, this may not be the right move for you”. I’m not here to pull punches. I’m here to give my honest opinion. An opinion, I might add, that has clear likes and dislikes. I’ve been doing these for 3 years now and this month is literally the first complaining I’ve ever gotten. so, as to nip that right in the bud, I say this: Stop it. I don’t wanna hear it. You submit your music to me, you’re opening yourself up for criticism. That’s the point of this entire thing. I realize that we all think what we make is special and above judgement but it’s not true. Trust me, I know. i’ve been putting out music for 15 plus years and have been shit on the entire time…just like everyone else who does music. So, if you’re a person who’s demo i have reviewed unfavorably, I’m sorry but I’m also not sorry. Don’t take it to heart. i’m just one guy and i like what I like. My opinion is no more credible than you’re homeboys except I don’t know you so I can say what I really think. Also, learn to take the good and the bad. Don’t be that broken artist who only hears the negatives and overlooks the positives. That’s just short sighted and on some “woe is me” shit. Ain’t nobody got time for that. That’s all. Basically, stop complaining when you get what you ordered.
Anyway, demo reviews work like so…you send them, I review them. I write a small blurb about my thoughts and then arbitrarily review them from 1-10 in these categories:
Production
Vocals
Listenability
Originality
That’s it. Simple stuff. Also, i’m not accepting demo submissions right now so don’t send them. When i need more, I will let you know.
This weeks got some good stuff in there, so that’s nice. Let’s check it out. and vote for your favorite at the bottom.

This is pretty good. It’s an interesting mixture of instrumental hip hop with a slight trap drum edge. The song evolves very nicely and I’m impressed with the attention to detail. Very solid, altogether.
Production:7.5 out of 10
Vocals:n/a
Listenability:7 out of 10
Originality:5.5 out of 10

I got a few problems with this one. For one, it’s not a song. It’s a beat. There’s no major changes in it and it just kinda goes on in the same way with minimal movement. Secondly, I’m not a huge fan of sampling well known songs. That’s just me but I always think it’s lazy (unless you do it specifically to flip that song on it’s ass). Thirdly, and this is some nitpicking techy shit, I’m listening to this in headphones and the pan on the drums is weird. Kicks are to the right and snares to the left. It’s not that big a deal but I’d say maybe pull them both a little more towards the middle in the future.
Otherwise, it’s not a poorly made beat but it’s pretty uninventive al around.
Production:4.5 out of 10
Vocals:n/a
Listenability:5 out of 10
Originality:2 out of 10

This is solid. Nothing mind blowing but all it’s parts are working nicely. The rapper is good. Can’t say i’d seek out more of him but he certainly is holding up his end. The beat is cool and has a perfect vibe for rapping on. I don’t love the key change sounds a bit clunky though. I appreciate the attempt though.
Production:5.5 out of 10
Vocals:5.5 out of 10
Listenability:5.5 out of 10
Originality:5 out of 10

Cloudy!
I kept waiting for something else to kick in the beat. That little teaser bassline has a real blue ball effect. Otherwise, the beat is okay. Minimal in a not great kinda way.
As for the rapping, he’s fine. Definitely has a good presence. He also sounds very high. Which makes sense considering the hook is something only a high person would make. I’d advise against editing that down a bit. No one needs to hear that for 12 bars in the beginning of the song. 4 bars is enough.
Production:4.5 out of 10
Vocals:5.5 out of 10
Listenability:5 out of 10
Originality:4.5 out of 10

I’m a sucker for some well executed big band samples. It’s actually really hard to sample that stuff and not have it sound like Zoot suit riot. The beat has a lot of promise. I get that it’s on purpose but I woulda loved some drums to come in and maybe even a switch up. But, as is, it’s cool. It just coulda been much more than cool.
The rapper is good. I like what he’s saying and his flow is tight. His voice sounds a hair uncomfortable but that will get better with time.
Production:4.5 out of 10
Vocals:5.5 out of 10
Listenability:5,5 out of 10
Originality:4.5 out of 10

Okay, so this is a tough one to review cause there is tons of potential in here. yet this is just kinda sloppy and misses at moments. I get that the samples and drums are supposed to sounds choppy but it doesn’t sounds quite right. There’s good choppy and there’s unrefined choppy and this leans more towards the unrefined side of things. There also a change around the 1:05 mark that is ,tonally, a little questionable. Outside of that, I like where this producers head is at and think he/she could get really good down the line.
Production:4.5 out of 10
Vocals:n/a
Listenability:4.5 out of 10
Originality:5 out of 10

I just see the word “Glitch” in a song title and I think “ughh…here we go…”. That said, this is not what that word makes me fear. It does take FOREVEr to get anywhere remotely interesting. When the synths drop around halfway, it’s the first moment of “Oh, this might be a song”. Then they vanish and some quiet flutes come in. I dunno. This just seems kinda bareback and unfinished. even with the arbitrary bassline flip at the end (which is the best part of the whole song and might as well be it’s own song, to be honest)
Production:4.5 out of 10
Vocals:n/a
Listenability:4.5 out of 10
Originality:4 out of 10

Nope. Sorry. Nope. It’s not even your fault, dude. This just isn’t ready on any level. It’s recorded in a mine shaft (or on garage band using the laptop mic). The beat is a mess off bad sounds and kind aimless. The rapper might be good…i can’t tell. The mix makes him sound like a mumbler. At points I hear decent flows pop in but, in the same way, I hear just parts that get pretty sloppy.
Production:2 out of 10
Vocals:4 out of 10
Listenability:2 out of 10
Originality:3 out of 10

This is the kinda thing that, if I was in a car, and someone played it for me, I’d be like “That’s pretty cool!” but never wanna listen to it on my own. It definitely speaks to my 1980’s sensibility. Its well made and I could see girls loving this shit. Can’t really diss it on any level, unless it’s all just one song sampled and looped at different points. In which case, it’s still fun just far less creative.
Production:6 out of 10
Vocals:n/a
Listenability:6 out of 10
Originality:5.5 out of 10

I’m old, man. I hear this an recognize the rap skill but I can’t help but just hear someone aping what’s popular right now. Even down to how he presents his name and song title. That said, it’s not badly done at all. all the parts work for what they are. The beats kinda annoying but it’s well made and the song, in general, is mixed nicely. It’s just so clearly riding wave , it takes away from it for me a bit.
Production:5.5 out of 10
Vocals:5.5 out of 10
Listenability:5 out of 10
Originality:2.5 out of 10

So, What do you think?