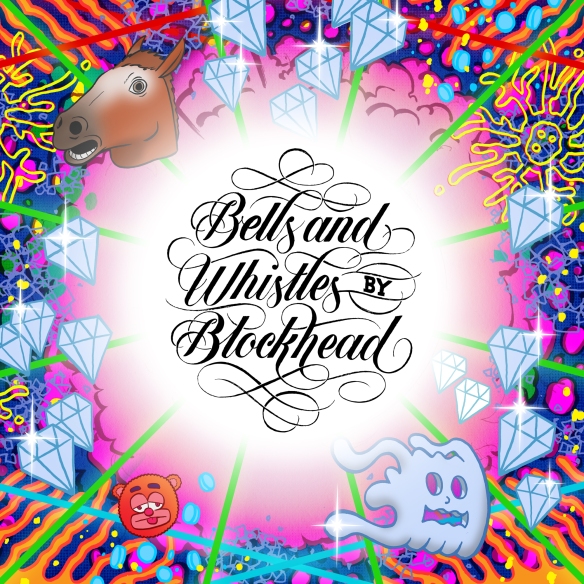 So, as you may know, my new album “Bells and Whistles” is dropping next tuesday (november 18th). It’s a digital release for now but the vinyl will be coming a little later. My guess would be very early 2015. I don’t have pre-order info for that yet but, when I do, I’ll let it be known.
Until then, you can get your digital fix at bandcamp:
http://blockheadnyc.bandcamp.com/album/bells-and-whistles

To answer other FAQ’s:
1)This album is not coming out on Ninja Tune. I’m putting it out myself. It’s a bold new world.
2)This album will be available at many different digital outlets. I-tunes, amazon, etc…So, if you’re not a bandcamp kinda person, you can get it there.
3)To people asking about Cd’s, as of now, there is no plan to make them. I know there is a handful of you who still buy them but, truth be told, this is all being self financed and I’m not trying to lose money on this just to make a couple cd’s for a few people. That said, I’m not writing off the idea. I might do a small run one day to sell at shows but I wanna feel everything else out first.
Okay?
Cool.
Anyway, I hope you like it. And it you haven’t peeped any of the leaks gets, check out my sound cloud page:
https://soundcloud.com/blockheadnyc

As well as this exclusive one Potholes in my blog premiered the other day:
http://potholesinmyblog.com/blockhead-fire-is-warm-premiere/

See you on the 18th…digitally!