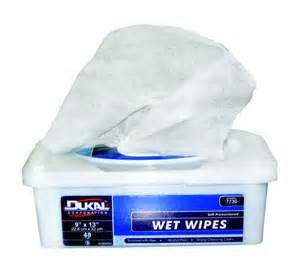 On monday, I was sitting in my living room around 1:30 pm. I had gotten back from a mini-tour the prior day so I was in full loaf mode. Watching Tv, Stuffing food into my face and doing nothing with great purpose. It didn’t hurt that it was pouring rain outside. I live in a duplex and my bedroom is downstairs. Out of the corner of my ear, I hear what sounds like a faucet running loudly coming from downstairs. Being that I was alone in the house, this was mildly unsettling so I decided to go see what that noise was all about. As i headed down the stairs, the noise got louder and it dawned on that this was the sound of water slapping against tile. I rushed to the bathroom to see my toilet overflowing. We’ve all been there. A toilet gets clogged up and water rises over the rim. That rush of deep fear and you scramble to contain a mess you’re partially responsible for. Except this was different. I hadn’t used this toilet in hours and the water rising out of it was a black sludge that smelled like a thousand bums had been put into a blender. Not only that, it was coming out of the shower drain as well. Upon laying my eyes on this, real panic set in. The water level in the bathroom was rising and about pour out into the hallway, so i ran and got as many towels as possible, I blockaded the doorway off, as the sludge gently settled into the towels. For the time being, it seemed like this was working. The overflowing stopped and it seemed like everything was contained for a moment. It was then I could step back and really see the damage. By this time my trash can in the bath room was floating and the bathmat that was in the room was completely submerged. The water was a disgusting mixture of leaves, paper, human waste and even a tampon thrown in for good measure.

I Immediately called my super and got him on the case. I left the room cause, well, it smelled like shit, and retreated upstairs to gently bang my head into a wall. Then, it started again. I heard that familiar gurgling and ran back to see the toilet once again pouring waste into my house. And saw this…THE HORROR. (this is video i took of what was going on. Be warned…it’s not pretty)
https://www.youtube.com/watch?v=NOthZS26Pjs&feature=youtu.be
Yup. Breath that in. Embrace that. Let it be your spirit guide.
The towels I had laid down were moments from being over taken by the water so I went to get more of them. Once I got those towels down, it was clear that they wouldn’t be enough. I frantically called my girlfriend at her job cause, honestly, I had no idea what to do. Our downstairs was within minutes of being completely covered in shit water. This is where all our clothes are. This is where all my music equipment is. This is where we sleep. She was calm enough to tell me to go upstairs , roll the rug up and block off the valuable parts of our lower level (closets, bedroom). Honestly, it was one of those funny moments when you need your significant others “okay” to ruin something. I would have never gotten the rug, simply on some “She will not be happy that i ruined our rug” shit. But, with that green light, I did it and was able to block off the major areas. Some sludge got around it and seeped a few feet from our bedroom, but i threw what remaining towels we had in the house on top and that slowed it down.
Meanwhile, the toilet is still overflowing, It’s relentless. Like someone opened a shaken soda bottle. It’s not spraying but it’s just pushing out more and more stuff. I can honestly say I’ve never been more panicked. I don’t know what a panic attack feels like but I’d like to think I was close. I was running around my crib yelling “Oh fuck!” , “Noooo!” and “motherfucker”. Eventually, I had to pretty much pick what part of my downstairs I didn’t need so I could navigate the shit water in that direction. I chose the hallway towards the basement door exit. When the water finally stopped, there was basically a few inches of brown water and sludge contained to a certain part of my house. It was like the world’s worst pond.
This whole time, I had been in contact with my super, who was in contact with my building manager. I own my place (it’s a condo) and, in the past, my building manager has never been the most responsive man. I write him a complaint, at best, get a hastily crafted one sentence response that means nothing. More likely, I get no response at all. It the case of this, his hand was forced. My super came over and was like “holyyyyyyyyy shit!”. He then explained to me what happened. Due to the rain, the drainage system got clogged up. Thus the leaves. But that didn’t make sense or give me much comfort cause this buildings drainage system should be able to handle water. Then he says something that makes the most sense
“Honestly, you know what it was? Wet wipes…People in this building keep flushing wet wipes and those things fuck everything up”.
WET WIPES?!?!?!?! my fucking house has inches of shit water in it cause a bunch of pretty princesses like their buttholes extra clean?!?!??!?! ARE YOU FUCKING KIDDING ME?

Wet wipe people. They are a type. It’s very much a “once you go wet wipes, you never go back” kinda thing. They will act revolted by the idea of using normal toilet paper and say things like “If you got shit on your hand, would you just wipe it off with a piece of paper?”. Valid point, except I don’t shit directly out of my hand and that’s what buttholes are for. Toilet paper has been a successful way of cleaning your asshole forever. Sure, you might not wanna eat off it post wiping but…IT’S AN ASSHOLE. That’s where shit comes from. It’s not supposed to be a shining sanitized ruby 24/7. You gonna have some anal sex? Maybe get your butt eaten? Perhaps you’re entering into a “cleanest asshole” competition? Then, by all means, get your wet wipe on. But if you’re just taking a dump then going back to your desk to enter code? Toilet paper will do just fine.
Listen, I get the appeal. It’s nice to know you’re clean. And there are people out there who use them correctly. They know not to flush them. These people are also disgusting cause they have a trash can next to their toilet filled with shit covered paper. I almost feel as if having a receptacle filled with shitty wet paper is worse than not having the worlds cleanest anus. In fact, I don’t almost feel like that…I definitively feel like that.
So, yeah, all this happened cause of a bunch of spoiled assholes (literally).
I spent the following day at my place letting in a crew of men in hazmat suits in and out of my house as they cleaned my lower level like it was chernobyl. Currently, there are 5 machines running downstairs, drying out the air or whatever and, in a few days they will come back a reassess the damages. I’ve been told I’ll need new floors and new walls. I definitely need new towels and a new rug. Thankfully, my buildings insurance will cover it (It fucking better). But all this…Cause a few dandy dipshits couldn’t live without feeling like there asshole was a shined golden goose. Now, that’s just
shitty.

22 thoughts on “Goddamn wet wipes AKA The shittiest day”