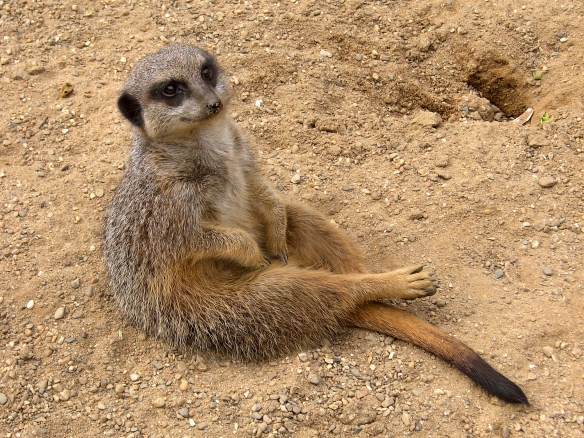 Whattup everyone?
So, every now and then, my question box gets low. This is one of those times. I need questions! Time to come out of hiding and let them rip. I’m also in need of new “Ask Dr. Tony” questions, so , anyone looking for advice, I’m your guy.
Send all questions to phatfriendblog@gmail.com or leave them in the comments section below. It’s anonymous and for the love of the sport.
I should also mention, I’ll be doing a Reddit AMA (ask me anything) on thursday. 3pm eastern time. I’ll have more details on that later in the week so check back on my twitter/facebook.
Okaaaaaay? Word.

Do you think the term taking a procreative dump to describe childbirth is too crass?

I’d more say that’s not a term and simply something you made up. Conversely , I’d be curious to know what the equal “term” would be for taking a dump , in comparison to having kids might be. “Dropping the kids off at the pool” is a famous one but maybe we could think of one slightly more poetic. I’m open to suggestions.

If you were to write a self help book, what would you name it? What new and unique idea would be this books selling point?

My self help book would be called “Get over yourself, no one cares” and it would be aimed at people who think that they matter, in the larger scheme of things. People who think the minutia of their dumb lives have any bearing on other people around them whatsoever. This would include chapters on “You and your kids”, “Your relationships” , “Your Job”, etc…
I think the selling point would be to remind people that we are all just grains of sand on a giant beach and, eventually , a wave will come wash us all away. With this in mind, stop being a self righteous dip shit about everything and just live your life…cause , in general, no one gives a shit.

I recently went to one of your shows and thought the visuals were pretty sweet (you had some video footage mirrored across the center). Do you do all of your own visuals? If so, what do you use to make them? How specific are they to the song? Do you make any attempt to sync whats happening on the screen with the changes in the music?
My most recent visuals were made by this dude Big mention out of Wichita , KS. He’s a music and visual artist I met while doing shows. He basically put together all the images, fucks with them, and sends me a DVD. The Images are definitely arranged arbitrarily but I’ve found that that kinda works on a few different levels. Sure, it’s not always gonna make sense with what music is playing at every moment but, being that my set changes show to show, I couldn’t have a definitive visual dvd I tour with.

When you’re playing ball do you allow yourself one wild/forced shot (mine is typically a drive) per game, being that if you make it you’re then granted one (MAYBE two) more? This is extended to all team members.
I mean, bad shots happen. Kinda depends where I land in the pecking order of scorers on whatever team I happen to on.. If I’m one of the top two scorers on the team I’ll most likely be taking more shots. If I’m taking more shots, I may force a few here and there. I’m far more likely , at this point in my life, to force up an ill advised jump shot than do a crazy drive that leads to a circus shot. I simply don’t take it to the hole like that anymore. But , in general, I don’t actively think about getting off a wild shot once a game. If it happens, it happens and I generally end up being like “my bad” to the rest of my team after I miss it.

what’s your initial response when you hear the news that some well known rapper has died?

2. “i don’t recall ever caring about them”

4. “i better paypal some cash to the deceased rappers family member so they can bury him/her”

Depends on the rapper but, generally, i don’t get too sad about the passing of famous people. Unless I know them personally, it’s kinda sad but…you know, shit happens. It really only effects me if it was someone I greatly respected and who was still in their prime. Like when Patrice O’neal died, I was pretty bummed.
I tend to be pretty annoyed by the outpouring of fake digital tears that follow the deaths of famous people. People almost treat some of their deaths like it’s a cause or that it only happened to them. Everyone has to say something or write a long winded facebook post about what that person meant to them. Unless you personally knew the person, I think anything beyond a simple “RIP” isn’t really necessary. But, hey, that’s just me.

Yo Tony, I just did a 2 year prison stint down in Mississippi….it was horrible, considering their judicial system and such, plus most people in the delta are fucking retarded. One of the worst parts of it was missing out on Phatfriend shenanigans! I sincerely missed this shit…..that is until I got a hold of a cell phone, but blogging loses it’s charm when you’re worried about a corrections officer sneakin up and slappin that contraband charge on ya!!

But…i’m out now, and it’s awesome. don’t worry, it wasn’t over anything sketch, just abunch of weed and mushrooms. Have you ever had to deal with corporal punishment?? If you had to go do time for any reason at all, do you think you could handle it? what would you do, you think? Become a born again christian? join a white supremacy gang? sell cigarettes? gamble on basketball games? Play chess? God forbid this ever happens to you, but what do you think you would do in that situation???

Welcome home, bro. That’s ridiculous you did two years over a drug charge but hopefully things are changing for the better where those matters are concerned.
Anyway, I’ve never had any issues with the law. I’ve never been arrested. I’ve always been pretty law abiding but, more so than that, I’ve just been very careful. I don’t know when it got instilled in me but I’ve always done things with the consequences in mind. That’s stopped me from doing all sorts of shit I might have otherwise tried.
If I had to go to jail, I don’t know what would happen. you hear the stories and see the things on tv then assume it’s a constant race war and rape factory. If that’s the reality, I’d imagine I wouldn’t last very long. I’m definitely not a white supremacist and doubt i could even fake that so my only chance for safety would be out the window. I’d like to think I would keep to myself and stay out of the way of everyone. Just try to do my time and quietly as possible. You know, like a real pussy. I 100% would not find god. Perhaps I’d read a lot. I hear people play scrabble in jail , so I’d become part of the scrabble gang.I’m already pretty god at it so maybe those skills would elevate me through the ranks into a boss of the scrabble crew. That or I’d get shanked and murdered the first week. You never know. All the more reason for me to never ever find out. #pussylife is a free life.