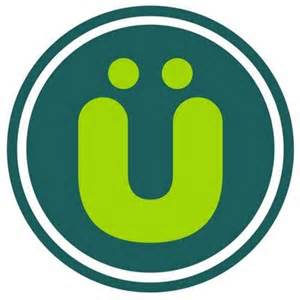 Uberfacts. I love them and hate them. Love them cause they teach me things and hate them cause they make shit up all the time. It’s really a situation where you can choose to believe what you want and I do actually appreciate that.
If you don’t know what Uberfacts are, it’s not a taxi service that speaks truths. It’s a twitter account that posts little nuggets of wisdom about 30 times a day. Sometimes it’s compelling. Other times, infuriating. So, I sifted through some recent ones and wanted to look a little deeper into what was really going on (this by no means is to say I did any researching or myth busting, that would be way too much effort).

Here’s a common problem with uberfacts. They make scientific claims about things that are completely opinion based. Like attractiveness. If you asked this question to some girls , the thing that will pop in their minds is that Adrian Brody will live forver. Ask a different girl, and it might be Jack Black. Meanwhile, you man River Phoenix died before he turned 30. On top of that, I’ve seen some truly awful looking 90 year olds in my life time. Granted, they were 90 so it’s not like anyone is going to be particularly fuckable at that age but still…
On the other hand, there is some science to this that, with more that 141 characters, might be convincing. The same way people who are beautiful are often the least interesting, that could be applied to this “theory” too. People who have been really good looking their whole lives tend to have a somewhat charmed existence. As long as they’ve been alive people have been doing them favors, giving them extra and , basically, treating them like celebrities. At the very least, being good looking affords people the benifit of the doubt from strangers. This often leads to a person having a false sense of importance. Understandably so. If I was told I was amazing by everyone I met since I was 4, I’d probably be pretty entitled too. But, in reality, they often end up like not fully realized people. It’s like , emotionally, they got taken out of the oven too soon. So, on the same note, I could see that same charmed life, of being fawned over and complimented constantly, somehow translating to a longer lifespan. Less stress. More open doors. Basically, the mild sense of delusion could add a few years to anyones life.
I’m basing this entirely on nothing but, hey, so does Uberfacts so it’s probably about as correct.

This is not one that i particularly find fault in, I’d just like more info on it. i walk fast. Am I gonna die Uberfacts?!?! Tell me! Do bowlegged people die young? is there a heaven for people who walk with a fake limp? This is an issue with these uberfacts. Just putting this kind of info out into the ether and not specifying leaves a lot of questions. It’s like when local news do those lead in like “Coming up next, this type of candy bar will give you full blown AIDS…more details at the end of the show!” except Uberfacts doesn’t even offer more info at the end of the show. There is no show. It’s uberfacts.
(I guess I could google this a figure it out but, you know, that’s so much typing…)

I don’t doubt this is real. in fact, of course it is. “They” will offer anyone a million dollars to make a porn. But, in the case of Mama June…who is this for? As a man who will watch pretty much any celebrity sex tapes, I have a pretty long leash when it comes to what I let my eyes soak in. Even if I’m not into the girl, curiosity will at least push me to check it out. I watched the gross one with Chyna and her “not penis”. I even checked out the one with Screech. Like I said, I’ll peep it just to peep it. I guess I’m a voyeur like that. But this? No fucking way. I’d divert my eyes from this like the fucking lost ark. So, the question is, if a guy like me wouldn’t watch this, who would? Oh, I’m sure there are a handful of people who fetish this may fall into but certainly not $1,000,000 worth.
This leads me to believe that this movie would be getting made specifically to humiliate this woman. No other reason. It’s a case of “What would you do for a million dollars?” but on a public scale. I hope she says no. i’m assuming she will. But really, even if she says yes, I feel like it will exist in vacuum anyway. If mama june makes a porn in the forest and no one is there to see it, does it make a sound?

In other news, if you eat food, you will not starve to death. Also, breathing air has been known to lengthen peoples lifespan. This just in: farts often smell and bears have been known to defecate within the confines of woodland areas.
Yes, Uberfacts, this is technically a fact but someone was clearly late for lunch when that one got posted.

This effects me on a few levels.
1)It seems like everyone has a scheme. Shark tank can only give out so much money. For every great idea that spawns millions of dollars, there’s a terrible fucking idea that also probably spawns millions of dollars. I’d like to hope that the “We take your stuffed animals on vacations” people are not rolling in money cause, come the fuck on…but who knows? With businesses like this, i feel as though it’s not the business itself, it’s finding people dumb enough to sign up. It’s kinda like getting mad at an artist for making shitty music. When, in reality, you should always blame the fans cause, without those fans, this artist wouldn’t have existed in the first place.
2)How much money do we have , as a country, that this is a thing? I’m not a “there are people starving in africa!” kinda guy but, seriously, there are people starving in africa. Meanwhile, Mr. buttons the stuffed ocelot gets a trip to cancun? That’s just insane.
3)How documented are these trips? Do they include pictures of the stuffed animal doing stuff? Or is it just assumed the animal traveled? Cause, if it’s the latter, I take it all back and the people who made this company up are fucking geniuses.

Umm…What? There must be a catch to this. Like something to do with the lining between a woman’s vagina and intestines. “Some woman” means , like, a few ever in the history of time, right? I need more info on this. WE ALL NEED MORE INFO ON THIS. But, regardless, ladies…be sure to wipe your shitty pussies.