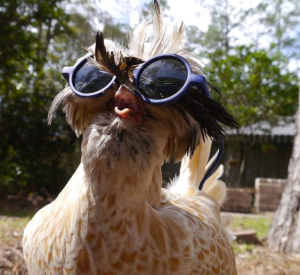 Hi there everyone. After some technical difficulties yesterday, I’m back. I’m out west right now in the middle of a two week tour. So, you know, pardon the lack of content lately. You boy is kinda busy.

Anyway, this is Answers for Questions.  Strangers send me random questions about anything (most are music, food or shitting related) and i do my best to answer them. If you’d like to join the anonymous fun, fire away. Send me questions phatfriendblog@gmail.com OR leave them in the comment section below. No pressure. This column is as fun and interesting as you make it. Ask me anything.

Let’s delve into this weeks batch.

If you had to choose between your favorite pizza or your favorite sandwich, what would you choose and why?  Also, describe what you think is the perfect pizza and sandwich is like.

Man…this is difficult. I love both of those things so very much. On one hand, A great chicken parm sandwich is the perfect food to me but pizza…pizza is an unstoppable force of carbs and cheese. I think, if I really weigh out the pros and cons, I gotta go with sandwiches cause variety always wins. Sure, You can put anything on a pizza but that doesn’t mean it will work. With sandwiches, things like BBQ will actually make sense. Hell, you can even make a nutella/banana sandwich or an ice cream sandwich if you feel like dessert.

I’ve already described my perfect sandwich above but for pizza? I might actually be very simple about it. Just a real fresh slice the perfect sauce and cheese, some grated parmigian cheese and maybe some crushed garlic. It’s all about the ingredients that make the plain pizza good. Toppings are great and all but, without that strong foundation, it doesn’t matter. Motherfuckers out here putting hamburger meat and buffalo chicken on their pizzas are missing the point, if their crust , sauce and cheese are mediocre.

Have you ever smoked DMT? What happened?

Nope. I’ve had it described to me by a bunch of people and I think I’ll pass. I enjoy mushrooms on occasion but I’ve never been one who’s looking for the life altering trip. I just wanna bug out and laugh. DMT sounds way too intense for me, No matter how many people tell me it’s life changing, I’m good with my life. It doesn’t need THAT much changing. I don’t like the idea of any drug I can’t be somewhat social on. Sitting on a couch , watching the walls melt and figuring out if my dad ever loved me is not a good time to me. I’m a person who likes to always be in control of my faculties , at least  a little bit.

You often say that you dont listen to downtempo or however the gender of your music has to be named. Do you like YOUR music? I mean when you make it do you like it? Or is it more like having a feeling that everything is in its place?

“Liking” ones own music is a tricky conversation. I mean, of course I like it on some level cause it came from me. It’s my brain and ears at work. I can’t say I’d bump my own music if I didn’t make it cause I honestly don’t know. I don’t listen to any instrumental music. It generally bores me. That said, my music doesn’t sound like most instrumental music. It’s way more ADD, which I could see appealing to me on some level. But, i dunno…this is one of those questions I don’t really know how to answer. I think every artist should like their own music. Even self hating artists, deep down, should appreciate it enough to feel confidant in releasing it into the world. But I do think that artists who listen to their own music like it’s not their own music are fucking weird. We all bump our own shit but we listen to it from a place of judgement. When I’m making an album, I relentlessly listen to demos of each song and figure out what works and what doesn’t. It’s part of the process. But once that album is mixed and done? I’m not trying to hear that shit anytime soon.

When you’re at a show–not on stage because I know you’re usually pretty in the zone then–but just hanging around, do you ever think that you could have given advice to that guy over there regarding the girl he’s with? Or answered the absurd question of the girl in the front row? When you’re at the merch table, do people ever reveal themselves to be the person who asked that question?

I don’t think about it ever but that’s a funny concept. I mean, it’s possible.

I’ve had a few people reveal themselves as folks who have asked me questions or submitted to “Ask dr. Tony”. I actually had a dude come up to me recently and ask me if I’d answer a Dr. Tony question right at the merch booth. And, assuming there’s not people waiting to buy some shit, I would. I love that kinda shit.  unfortunately, the dude never got around to asking me the question.  It’s too bad cause I was prepared.

If tacos were suddenly made illegal and they actually cracked down and put people in jail for eating tacos. Would you eat out a sweaty Oprah Winfrey (once a year) for unlimited tacos for you and friends/family?

I would miss taco’s dearly but, alas, life would go on. So much good food exists that , even if tacos were banned, i’d be fine. It should also be noted that I live in NYC where, until about 3 years ago, we had only shitty tacos. so, you know, them vanishing wouldn’t be that strong a blow to the manner in which I stuff my fat fucking face. You take away pizza? I might have a go at oprah’s b-hole for that.

Plain, old, and simple, I want to produce electronic instrumental music, much like your taste. I understand it takes time and practice makes perfect, but where do I start? Frankly, I beatbox a lot and think of different beats all the time in my head. I sometimes record myself thinking I should turn this into a real song on a computer. I don’t play any instruments. I know fruity loops is a popular software, along with pro tools, and I know about ableton launchpads. What has come to mind is maybe buying a keyboard, start there, connect it to my computer and see what I can come up with, maybe an ableton launchpad too? Or should I practice on using software before hardware? I’m just lost and looking to follow a path.

I should create a FAQ segment of this blog. The “I wanna make music , what should I do?” question is one I’ve been getting for years. Sadly, there’s no real answer for it.  You kinda just have to pick a medium and dive in. Whatever is in your price range and available, get that and just start working on it. I use abelton and it’s awesome. I know people who make great beats on fruity loops. It is what you make it. If you can possibly link up with a friend who makes music and look at what he does, it might give you some ideas. But I don’t have a definitive answer.  It all depends on your money, what kinda music you wanna make and how much you’re willing to learn. When I started, I put a sampler on lay away and paid for it for 8 years. I knew i wanted to make rap beats and I had heard the RZA used a certain sampler, so I go that one. I could have easily gotten a different one and still made the same kind of beats. The point I’m saying is just pick something and go with it. You can always upgrade or change equipment later, once you have things more figured out.