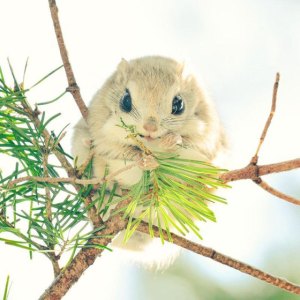 What up every one? Welcome to Answers for questions. You ask, I respond.
If you’d like to join the fun, I’d love it. Send me questions to phatfriendblog@gmail.com or simply leave them in the comment section below.
Side note, I just wanted to shout out all the people who came and saw my shows the last few weeks. I had a great time touring with Arms and Sleepers. Really good dude as well as a talented musician. I hope you all had fun as well and , if we took a pic together, lemme have it. I wanna post it in my facebook album dedicated to that tomfoolery. I got a ton more shows coming up with Mono/poly. Hitting spots all over North america so check my website http://blockheadmusic.com/ for more info and tickets.
And with that, lets get into it…

What’s your stance on Starbucks chains?
My Stance? Well…From what I can tell, they make coffee. A lot of people love coffee. Some like to go to smaller coffee shops, some will get their coffee from anywhere. Then there is a whole portion of people who like to go to this place called Starbucks cause they make milkshakes that taste like coffee. As someone who doesn’t drink coffee, none of this concerns me. If I drank Coffee, I’d imagine I’d go to starbucks on occasion. Like at airports on in small towns.
I don’t get involved or have any interest in the politics of chains. Sure, it bums me out when a store/restaurant I loved closes and a starbucks opens in it’s place but that just an unfortunate aspect of being alive in 2015. But, in general, I don’t go to many chain stores. Not cause I’m taking a stand against them (though I do boycott all 7-11’s in NYC) but cause I live in a city where there are always other options.

Do you still get nervous when YOUR about to play in front of a large group of people? Do you find that after years of PLAYING, it gets easier as time goes on? Do you have any rituals you do before to overcome nerves? What about public speaking? If you’ve done that, has it come easier to you, from your years of performing in front of people?

It definitely gets easier. I don’t have rituals , I just go up and do it. I will say that, the times I’m most nervous depend on the crowd. Like if I’m playing a huge room, I’ll be more nervous. But, at the same time, if I’m playing a show that’s a total dud and no one is there, I’ll also get nervous. The shows that fall between those sizes, I’m generally pretty calm about.
The only time I get nervous outside of that is if there’s something wrong with the show itself. Like the stage is open so there’s people walking behind me the whole time (I hate that the most) or if the lighting is fucked up and I’m just standing there, with no visuals behind me and a spotlight on me. That shit is not ideal.
Public speaking is a different story. It’s one thing for me to get on a mic and talk to a crowd. I can do that with no problem. I may not be great at it but it doesn’t make me feel uncomfortable. But if I have to remember something or give a speech, then I get nervous. For instance, when I spoke at my brothers wedding and my arms was shaking. It’s also one of the reasons I never excelled at rapping (aside from a lack of skill). I had trouble with memorization. That’s what makes me nervous. So , when that is in play, it will definitely mess with me.

If you had to swap buttholes with one of these people for 30 days, which would you choose?

how does one appropriately dance to your music? Ya beats put me in-da-couch dude, but I mean that in a extremely good way. I want to be an active audience member but don’t really uh know how to do anything then bob my head, or bang it sometimes.

At home? I have no idea. I don’t really make specific dance music. I’d argue that there are some very danceable songs in my catalogue but, overall, that’s not its main purpose. I mean, it’s got a constant drum beat, right? So , technically, if you have rhythm , it’s all danceable in some way.
My live set, however, it a little faster and more energetic so it’s not hard to dance to at all. Basically, if you’re able to dance, you can generally find a way to move to anything. Watching the crowds at my shows has definitely taught me that. It also taught me that spinning around with your arms out is a type of dance. Who knew?

Are you planning on playing at any of the big festivals this summer in the US? If so can you drop a hint? I haven’t seen ya on any of the lineups.

Nope. Nothing lined up that I know of. I’ve toured like crazy this past year so I’m probably gonna take some time off from doing shows for a while. I need to start making new music again.

What’s the deal with Stacy Dash…why do you think she sucks so much?
Do I hate her so much? I wasn’t aware. I haven’t been keeping close tags on her but, from what I’ve seen, she’s a republican. So, that’s kinda weird. But, other than that, she was a super hot woman who aged incredibly well but, in general, was never that much of a factor either way. Certainly not someone I dedicate any daily thought to. I have definitely jerked off to her in playboy though. So there’s that. #memories

When I got into your music I was also introduced to the likes of Blue Sky Black Death and Little People. Since then I’ve always wondered: do you keep tabs on fellow instrumental producers? Is there any sort of mutual acknowledgement or even knowledge exchange? Are there any you are especially fond of?
This is a very well covered topic on this blog but, to be honest, I don’t really listen to any instrumental music in my free time. The only way I peep artists like me is when I tour with them. Because of that, I know that Little People is awesome. BSBD is also awesome but I know them more for the beats they’ve done with rappers.
But, in general, I’m not checking for my peers that much. Not cause I don’t respect them, it’s simply not a genre of music I listen to in my free time. I will peep a soundcloud stream or a new video here and there but , outside of that, it doesn’t really find it’s way into my rotation. I probably wouldn’t listen to my own instrumental music if I wasn’t made by me. That said, I know a shitload of talented producers out there whom I’ve met on the road. There’s a pretty large talent pool out there.