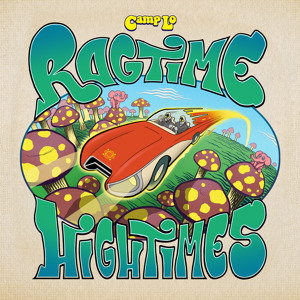 It’s hard out here for older rappers.It’s almost as if disrespecting the elders is part of the game now. But that’s not really the reason so few of my hero’s from the 90’s are no longer around. The honest truth is that most rappers get old and lose their edge. It’s not even a matter of adapting with the times. It’s a case of a person clearly falling out of love with their craft. Mailing it in. Some are so talented they can ride that wave for a while but the majority of bored old rappers sound exactly like what they are. What rappers , who were around in the 90’s are even remotely relevant now? El=p is doing great. Jay-z still makes hits somehow. Doom? Masta Ace seems still capable of making good music but his fan base was never that huge to begin with. That’s about it. But then you got a group like Camp Lo and that upsets this whole theory. Camp Lo had one very popular song on a great album that dropped in 97.
After that, it seemed people stopped caring on a larger level. Why? i really don’t know cause, quite honestly, these dudes have been steadily dropping dope shit ever since. Sure, it’s on a smaller scale and somewhat under the radar but, unlike their peers, they’ve pushed forward without losing their vitality.So, today, we have a new song off their upcoming album “RagTime hightimes”. An album produced entirely by Ski , who did their debut as well. The song is called “Black Jesus”.
Let’s give it a spin, shall we?

So, what do you think? You can pick multiple answers , btw.

5 thoughts on “Yay or Nay: This new Camp Lo Track”