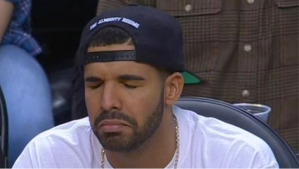 This is a pointless little story but I figure I’d share it cause it’s friday and who cares?
Man, being old and out of touch sucks. Especially when you actually do make a tiny effort to stay somewhat in the loop. Even when you do that, there’s always going to be something that flies over your head. Where slang is concerned, I generally don’t follow it but I can figure out what it means. Words like “Fleek” or “Thot” come around and all you need to do is hear them in a certain context and you get it. You’d be a fool to use them in real life but, still, you can at least understand them. Other terms,however, are not as simple.

Case in point, this Drake song “Know yourself“. Admittedly, I’ve been running some tracks off the new Drake mixtape. Judge me with all the rap snobbery you got but, you know what? I’m old, very likely know more about rap than you and I can like what I want to like so blow me. Still, while I do tip my hat to drake a little I also think he’s fairly ridiculous. But that’s neither here nor there. This is about a line in a drake song.

So, in this song, there’s a break in the middle  (Go to 1:31 in the above video to hear it) and he goes into exclaiming “I was runnin’ through the 6 with my woes!”. it’s the pinnacle of the song. Every rap listening teen knows that part. There have been gifs, vines and everything. Now, I know “The 6” is toronto. That I know! But, when I heard this line I was kinda fascinated. Like “What a fucking weird thing to say!”. I imagined Drake, walking around Toronto , with his hood up just thinking about his life issues AKA his woes. I thought he might be on some Aceyalone shit. I mean, let’s be real, Drake is nothing if not an emo dude. It would make sense for him to pace around Toronto with a lot on his mind. He’s definitely a cryer. I dunno…the whole thing just seemed like a strange, bold and interesting choice of words for him to use. Add on that it’s followed by him saying “You know how that shit go” and it seemed like the sentiment was real. Yes, drake. i do know how that shit go. I’ve had a lot on my mind and walked around the city , trying to make sense of it all. What a relatable sentiment, Aubrey. I was even in Toronto a few weeks back and that song was in my head like crazy. I was walking around Toronto singing it to myself. It was somewhat embarrassing, now that I look back at it but , hey, music does what it does.

Flash forward to me at the YMCA this past monday. I play ball there a few times a week and it’s filled with a wide variety of people. One major type is teenagers. (Unrelated but, holy shit, teenagers are the fucking worst). So, I’m shooting around with some people before a game and one of the kids starts rapping that verse from “Know yourself” in it’s entirety. Other chime in. a few grown men even get in on the action as well. I say “Man, it’s crazy how drake made an anthem about being sad”. The kid that started the sing along looks at me and says “Huh?” and I say “yeah, like he’s got you all singing about how he runs around his city crying and shit…” this was met with patronizing laughter and the kid explaining to me that his “woes” are his boys. Most likely a shortening of the southern term Whodies. Well, fuck me. I felt 200 years old. What a let down. i won’t lie, it’s made me like the song less. I much prefer the idea of drake and his actual woes over the visual of drake and his corny friends going clubbing. Goddamn it. Oh well, this whole topic got me running through my social network timelines with my actual woes. But you know how that shit go.

20 thoughts on “My woes about Drakes woes.”